Ask a pro football player what his ultimate career goal is, and more than likely he’ll say he wants to win the Super Bowl. But winning the playoffs and the big game takes time, and a lot of effort.

The same can be said with the money involved. Win a playoff game and cash in. Win the Super Bowl and you’re even richer. Here’s a look at what NFL players stand to make at each level of the playoffs and the big game.

Where Does Playoff Money Come From?

More often than not, starting players for contending NFL teams already make very generous amounts of money. But for playoff bonuses in the wild card and divisional rounds, each player of an NFL team’s 53-man roster, for once, receives the same amount of money. Salary allocation in the playoffs is paid by the NFL, whereas salaries throughout the regular season are paid to players by individual teams and cease once the playoffs start.

In 2016, the highest-paid NFL player, according to salary cap hit, was Pittsburgh Steelers quarterback Ben Roethlisberger at $23.95 million. On the opposite end of the spectrum, the lowest salary cap hit was an eight-way tie at $26,470. One of those players is Taurean Nixon, a Denver Broncos defensive back who wasn’t on Denver’s 53-man roster until November. That $26,470-per-week hit equals the league-minimum salary of $450,000.

Playoff Game Payouts at Each Stage

For 2017, the playoff payoff structure for each player is paid out as follows:

For example, the 2016 Super Bowl Champion Broncos’ total winnings from the playoffs last season added up to $174,000, while the Panthers — who lost the big game — made a total of $122,000. Not too bad for walking off the field without a ring.

Those numbers don’t include the bonuses written into player contracts and the endorsement possibilities. Most notably last season, Denver quarterback Peyton Manning made an additional $2 million for beating New England in the AFC Championship game and another $2 million for winning Super Bowl 50 ― quite a way to enter retirement.

With the New England’s victory over Atlanta in Super Bowl 51, each Patriot will receive $107,000 from the NFL. And even the Falcons will get to bank $53,000 each. But to take home that paycheck, players had to meet certain requirements:

Winning the big game — and playing a big part in that victory — also pays out, literally. Super Bowl 50 MVP linebacker Von Miller held out in contract negotiations with Denver and signed a whopping six-year, $114.5 million contract in July 2016 — with $70 million guaranteed.

Find Out: The Average Cost of Super Bowl Tickets From 1967 Through Today 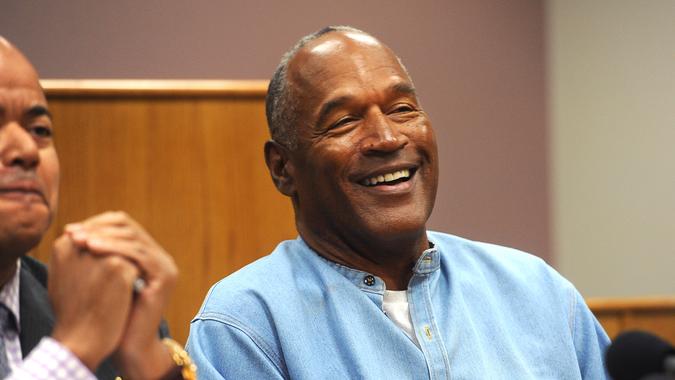 Find out how much money O.J. Simpson earned in prison.

> Net Worth > Sports > How Much Money Do Super Bowl Players Get If They Win?