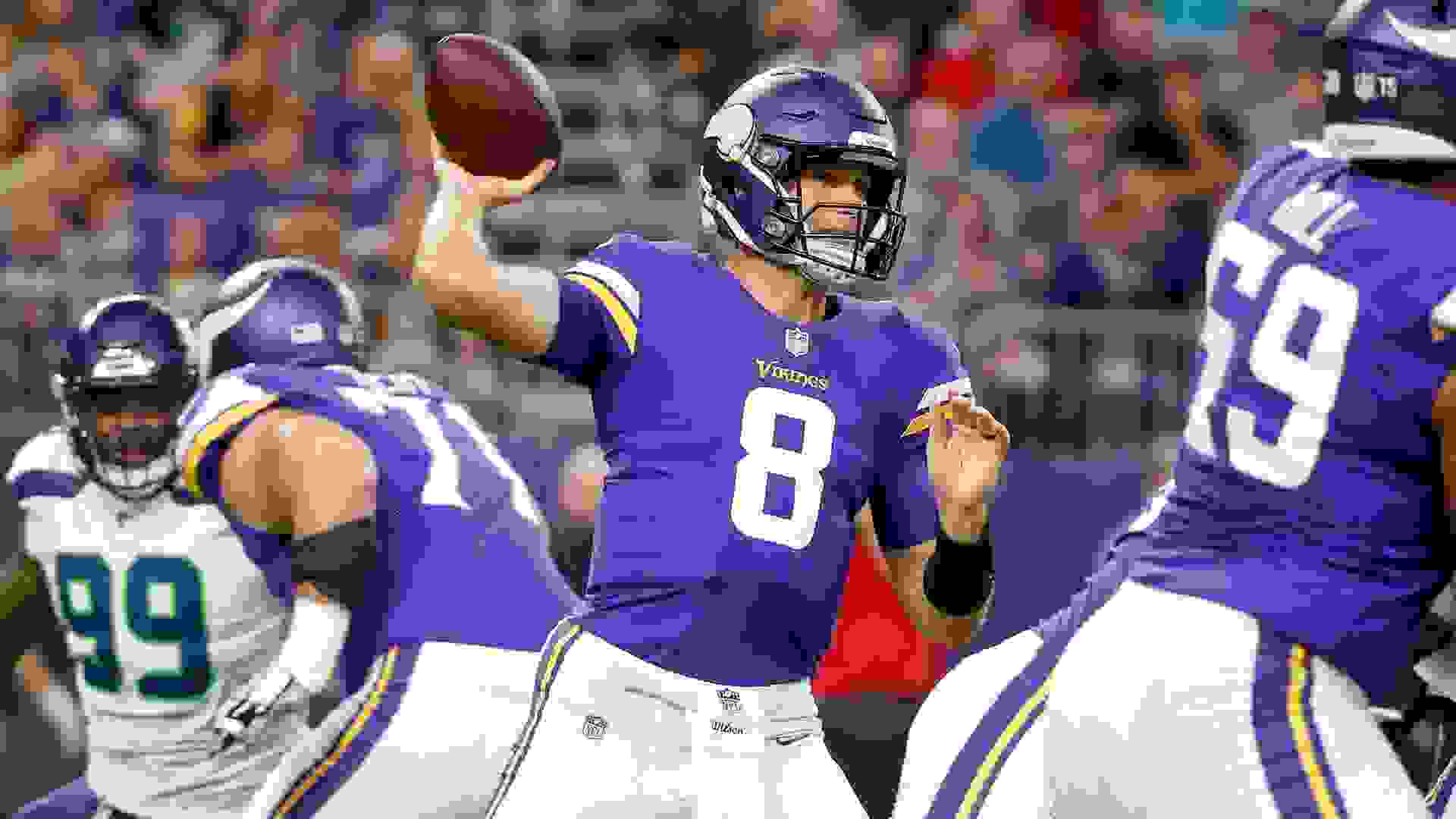 The top-paid NFL players earn more in a few years than most Americans do in a lifetime. The Wall Street Journal, however, reported that at least 15% of them wind up declaring bankruptcy within 12 years of retirement. Broke NFL players are so common, in fact, that the sports media is filled with tales of reckless investments, lavish purchases, outrageous partying and other high-priced lifestyle choices gone bad.

Whether they’re sprinting down the field or speeding along the highway in expensive sports cars, NFL stars have a reputation for living life in the financial fast lane. However, plenty of athletic superstars actually live quite small. Here are some famous footballers — currently on rosters or recently retired — who believe in saving their pennies, shunning material excess and planning for the future. Meet the NFL stars who set good financial examples — and those athletes who spend their fortunes too freely. 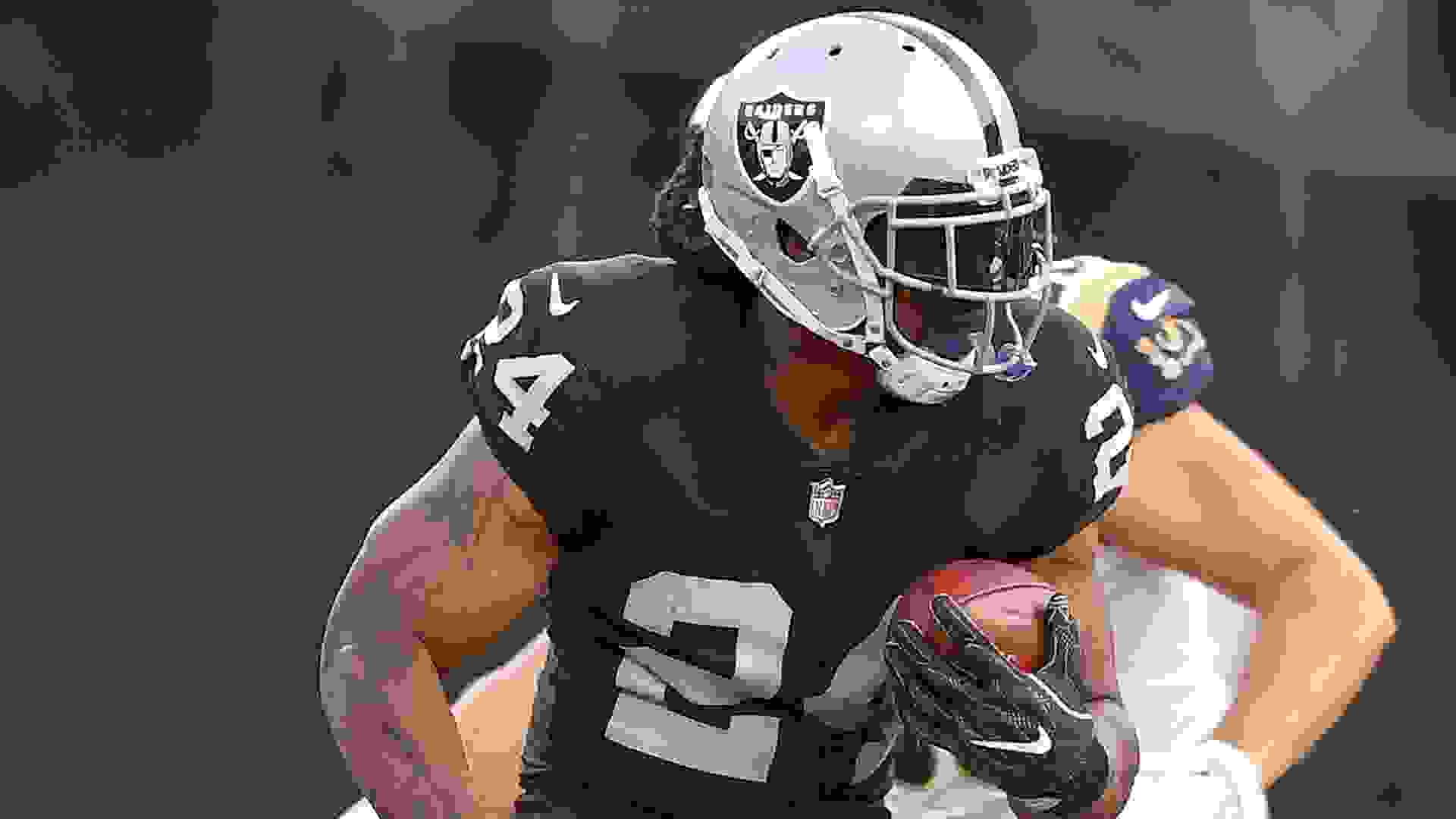 Free-agent running back Marshawn Lynch is one of the NFL’s greatest talents — and he has the money to prove it. He’s made $56.8 million on the field, according to Spotrac, and millions more off of it as a pitchman for the likes of Pepsi, Skittles, Progressive, Nike, Activision and Microsoft, as well as through his Beast Mode clothing line.

But that doesn’t mean he splurges — at least not by the standards of the NFL.

According to Business Insider, which reported on a radio interview involving the NFL Network’s Ian Rapoport, Lynch tucked away every dollar of his on-field salary since he was drafted in 2007.

“Marshawn Lynch has a lot of money,” Rapoport said. “He hasn’t spent a dime of his actual playing money … ever.”

Cream of the Crop: Today’s Richest Athletes in the World 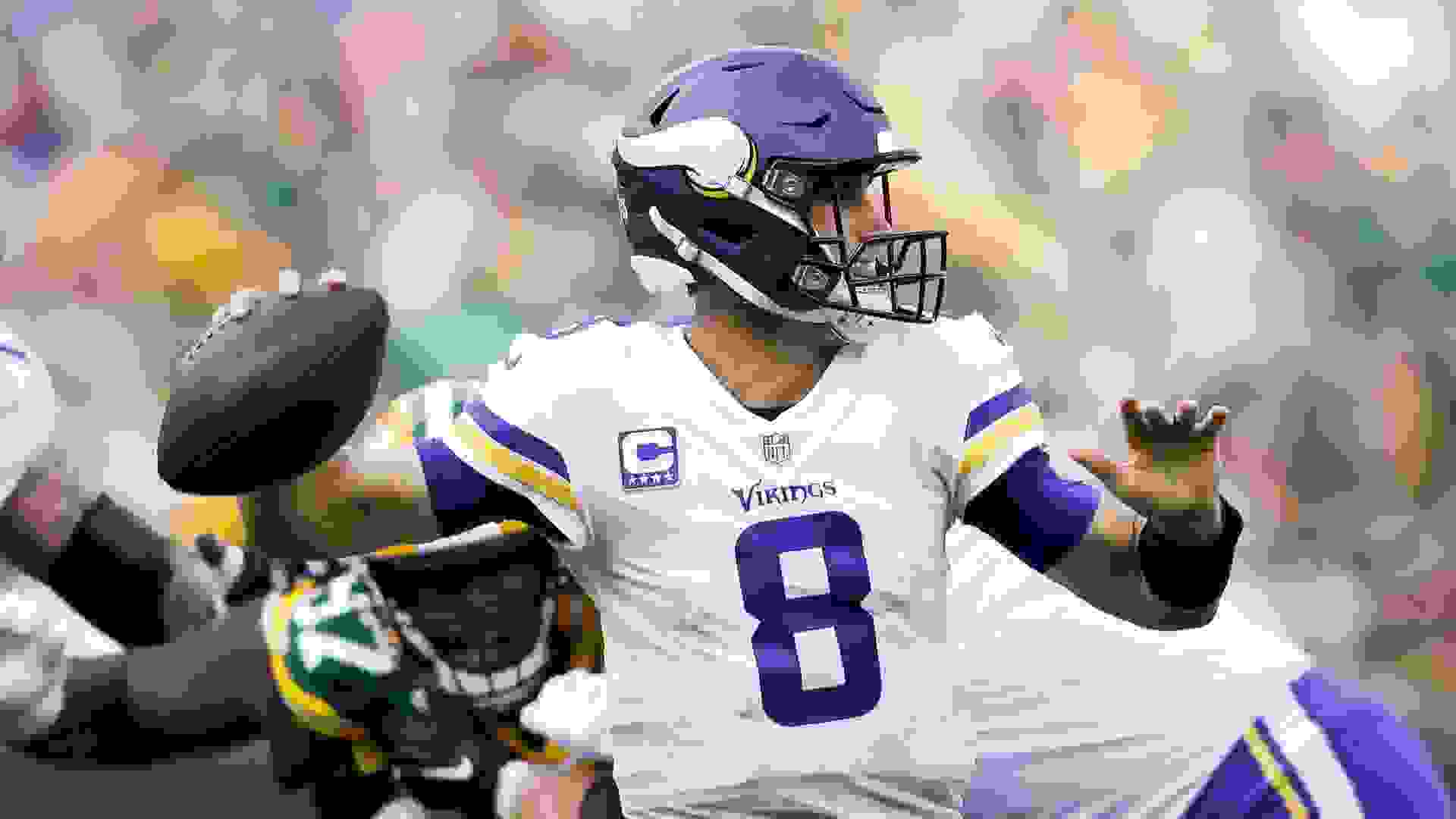 Former Michigan State and current Minnesota Vikings quarterback Kirk Cousins has some good advice for his colleagues in the NFL. “You don’t know how long you’re going to play,” Cousins said in a 2016 interview with The Wall Street Journal. “You’ve got to save every dollar even though you are making a good salary.”

At the time of the interview, Cousins drove a 16-year-old GMC Savana van that used to belong to his grandparents.

“It’s better to buy appreciating assets than depreciating,” he told the publication. “No yachts, no sports cars.”

Not only did he opt against a typical NFL supercar, but he also steered clear of the classic celebrity mansion. He and his wife, Julie, were known to bunk with family, splitting the offseason between the basements in each of their parents’ homes.

By the time the 2020 season is done, Cousins will have earned $140.6 million over nine seasons, according to Spotrac. He has two years and $66 million remaining on his deal. 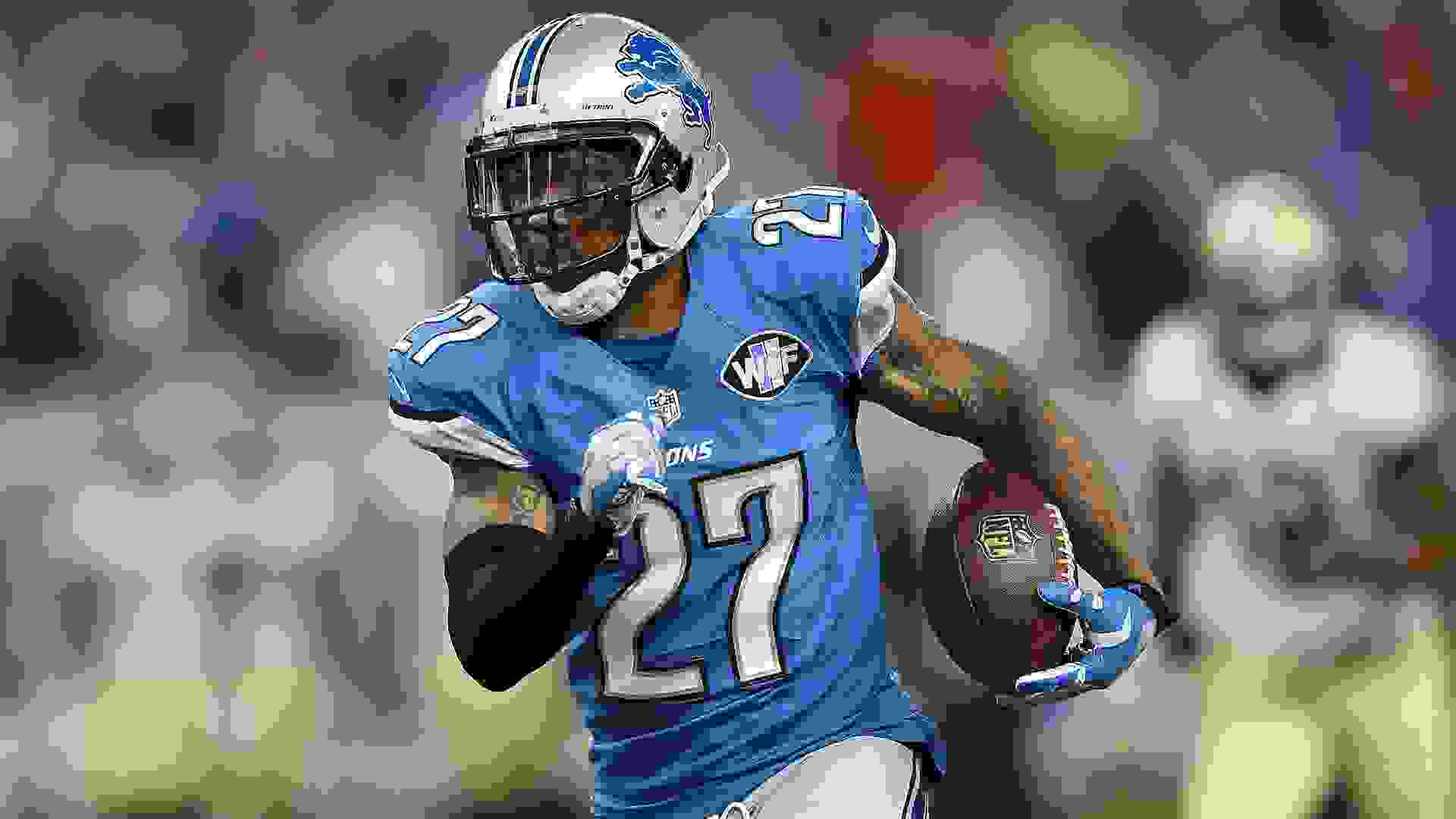 Former NFL safety Glover Quin got plenty of teasing about his “cheap” habits from his teammates, he told ESPN in 2016. But for Quin, cheap equals smart.

For years, Quin drove the same Yukon Denali he bought when he entered the NFL in 2009. It’s all part of his 30/70 plan. Quin decided he and his family would live off just 30 percent of his salary. For his first three years in the league, that was $6,000 a month. The rest he invested in stable, publicly traded blue chip stocks. Quin told ESPN that after five years of following that strategy, his investments had brought in as much as he earned in his first five seasons in the NFL — about $21 million.

The trick is discipline and refusal to deviate. 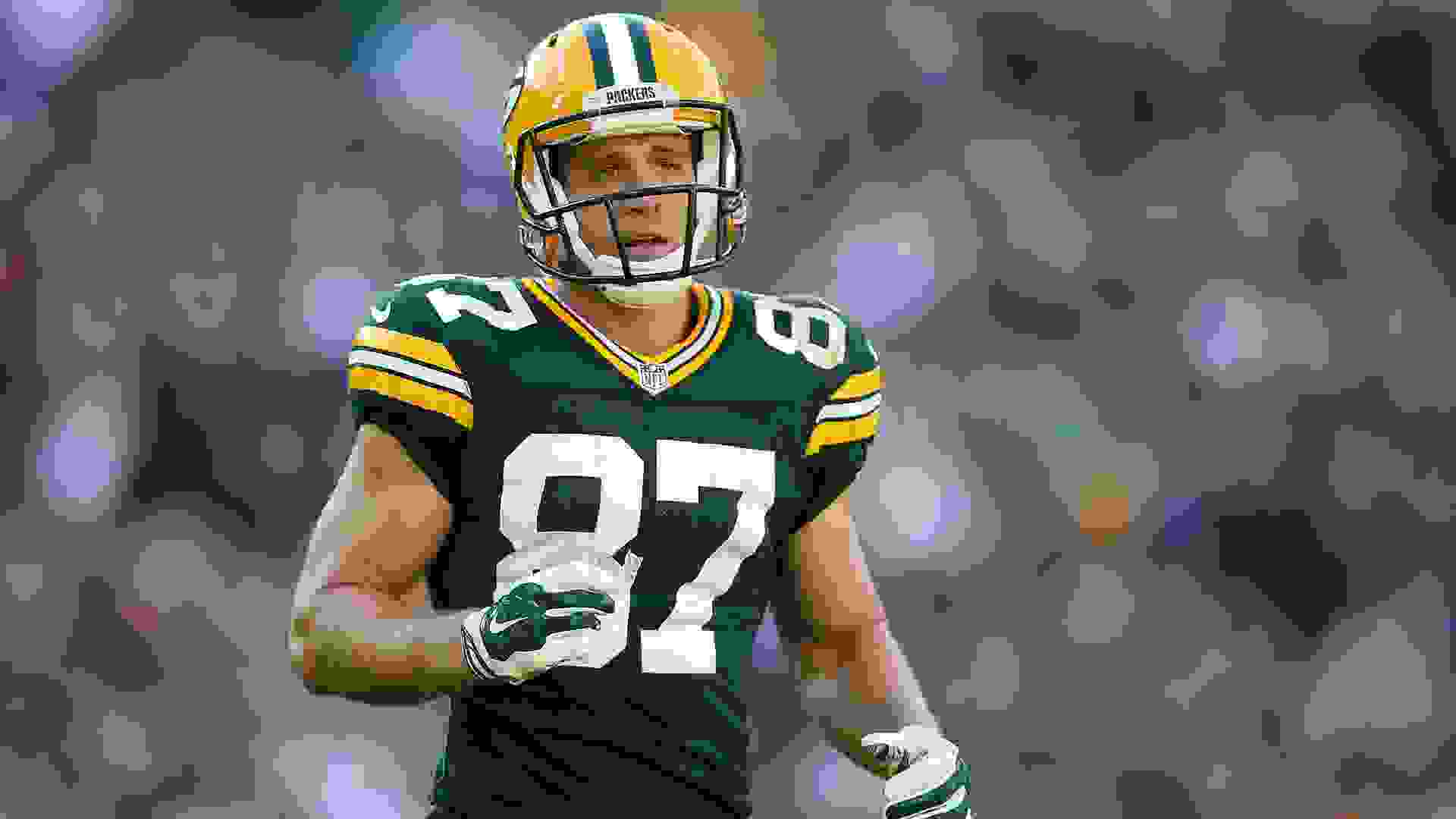 Wide receiver Jordy Nelson retired in 2019 after making $56.9 million in the NFL. In an interview with The Dan Le Batard Show when he played with the Green Bay Packers, Nelson recounted his childhood growing up on a farm in Kansas. Raised to perform difficult and tedious agricultural labor for his family, Nelson credited his upbringing for his NFL work ethic. He also admitted to a history of frugality.

“I am extremely cheap,” he told the hosts when they asked about his reputation as a penny pincher.

Nelson told the hosts about his road-trip routine of staying in his hotel room and eating NFL-provided snacks so that he could keep the per diem money he and his teammates received to dine away from home.

The flabbergasted host said, “Wait a minute, Nelson, you’ve got a $39 million contract that came with, like, a $12 million bonus. You’re hoarding the per diem so that you can just have the team snack?” 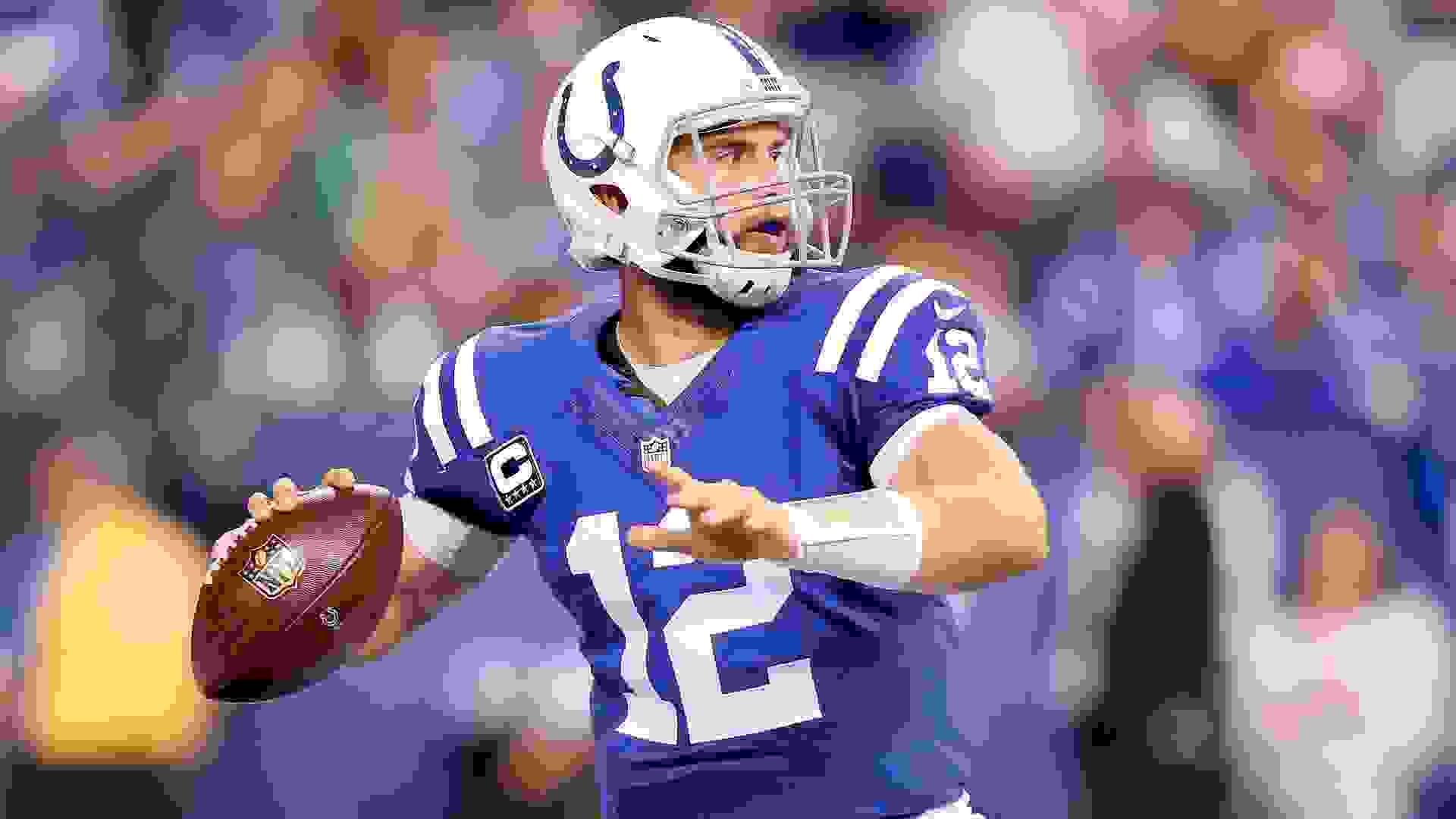 Andrew Luck was at one time the highest-paid player in the NFL. In 2016, he landed a $123 million contract extension that came with a $32 million signing bonus, though he retired before completing it, citing injuries. Relationships with Nike, TD Ameritrade, DirecTV, BodyArmor and Panini earned him millions more in endorsement deals.

Despite his riches, Luck became known early in his career for continuing to use his flip phone rather than shell out a few hundred bucks for a smartphone. However, he said the decision was less about money and more about lifestyle and peace of mind.

“It’s a comfort thing,” he told USA Today in a 2016 interview. “I don’t think I want to be connected 24/7, and this phone is maybe sort of a reminder that you don’t have to be connected. And it’s nice to get away. It’s nice to turn your phone off.”

Although keeping the comically outdated phone wasn’t necessarily about being frugal, Luck never was known to throw around his money.

When asked what he planned to do with his newly acquired mountain of cash after signing his contract extension, Luck said, “No big purchases. I don’t think I’ll change my spending habits at all.” 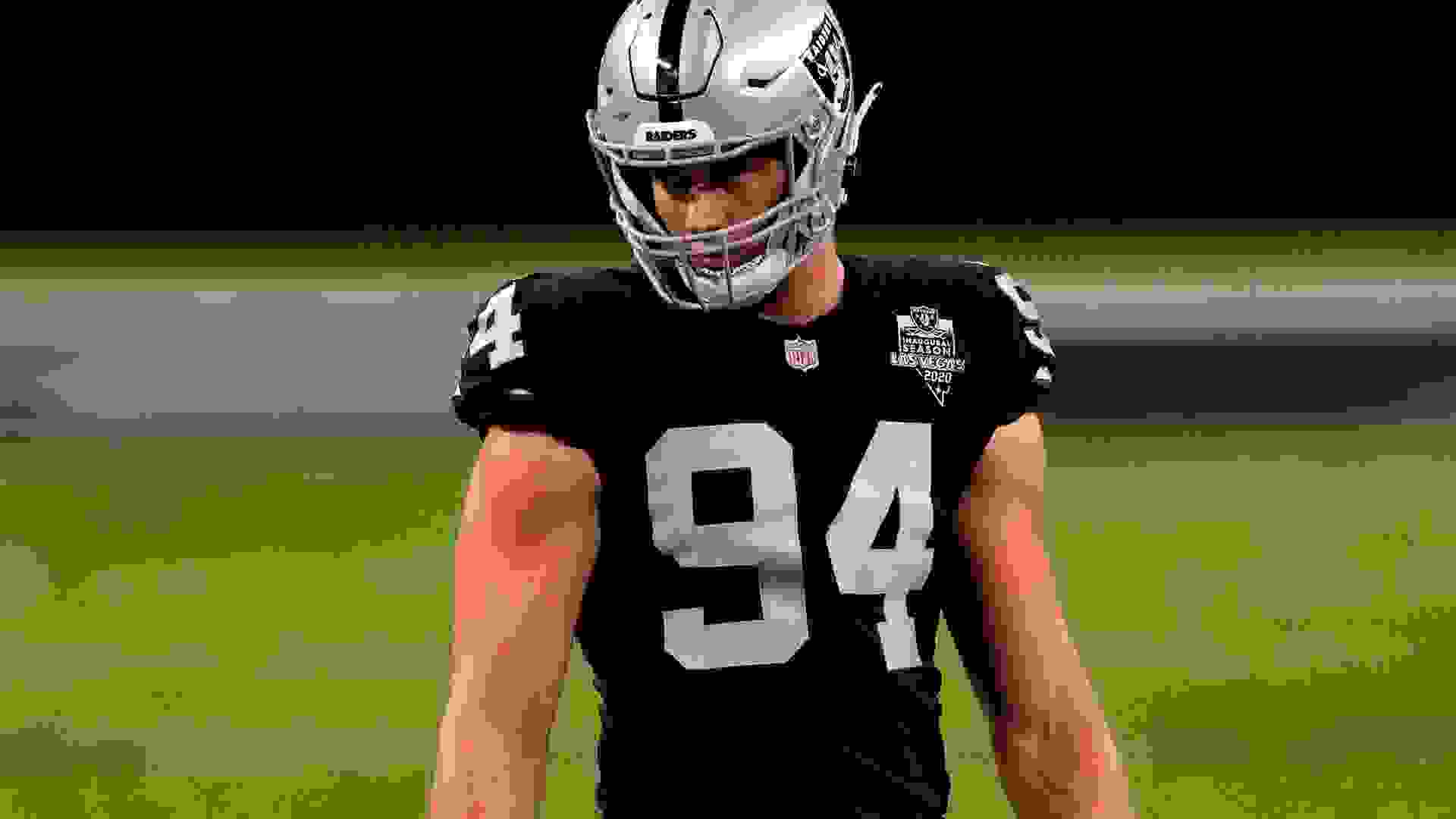 Despite a contract that will pay him $7.75 million this season, Las Vegas Raiders defensive end Carl Nassib is the 28th highest-paid player at his position. However, there’s a decent chance he’ll end up richer than some of the higher-paid players in 10 years. That’s because he’s sticking to a hard budget for necessities of $3,500 a month with just a few hundred for luxuries regardless of how big his paycheck is, he told CNBC.

All told, Nassib said he believes he’s saving a whopping 85% of his income, and he’s investing it in the right places, too. Nassib sticks mostly to index funds. The one directed investment he is making is in electric utilities, noting that electric cars appear to be rising in popularity — something that would mean more energy usage shifting away from fossil fuels and onto the power grid. 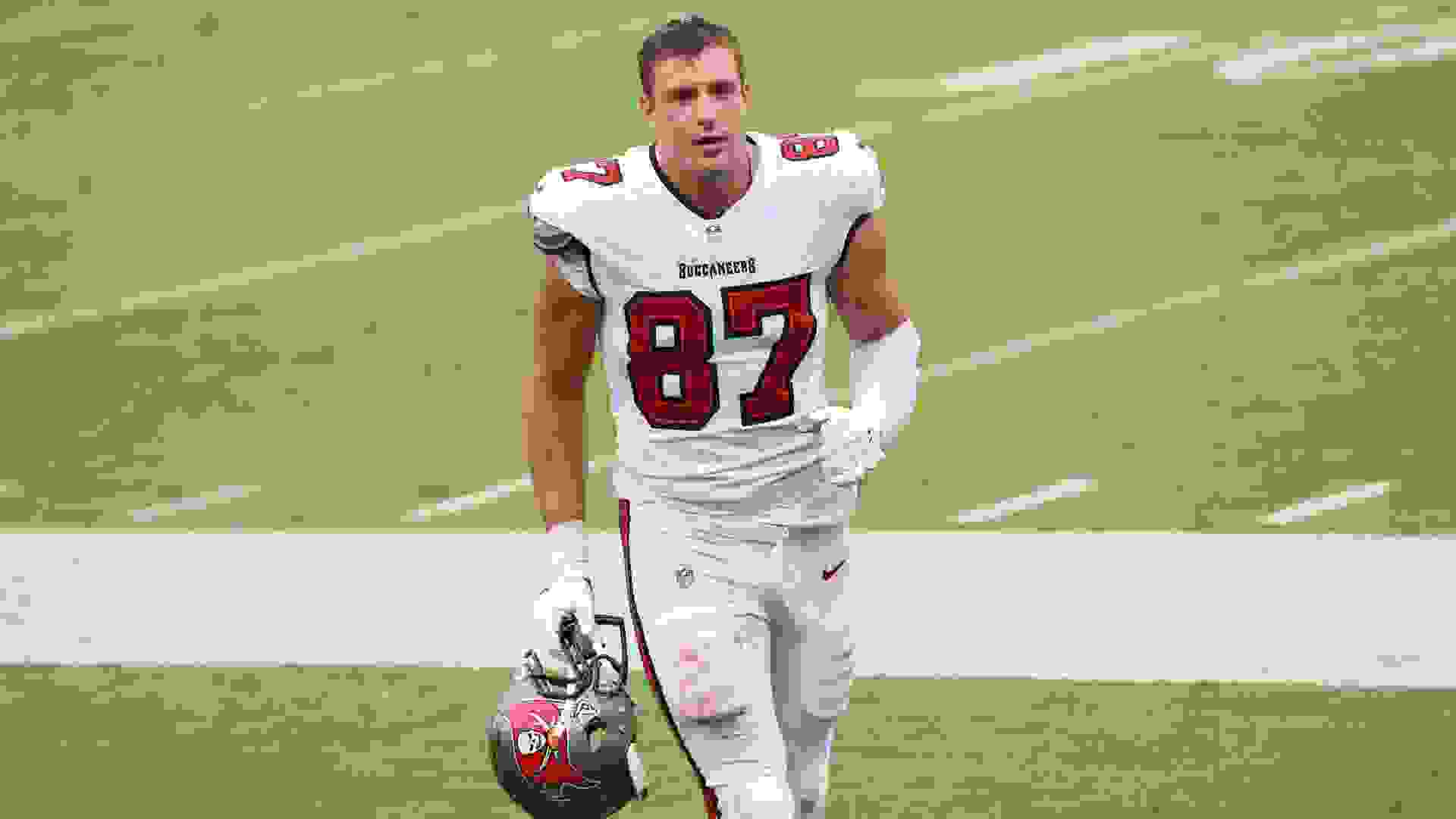 Fun-loving Rob Gronkowski is hardly the sort of person who has cultivated a public image of any sort of responsibility — fiscal or otherwise. But the opposite couldn’t be more true when it comes to finances for the Tampa Bay Buccaneers tight end.

In his 2015 book, “It’s Good to Be Gronk,” Gronkowski revealed that he had never touched a penny of the money he had earned playing football. He used his endorsement money to cover his expenses and spending, and keeping any money from contracts intact is one way he ensures he will have a solid nest egg to draw on when he’s done playing. What’s more, he’s also notoriously stingy about certain parts of his life, wearing his clothes under they’re on their final thread. 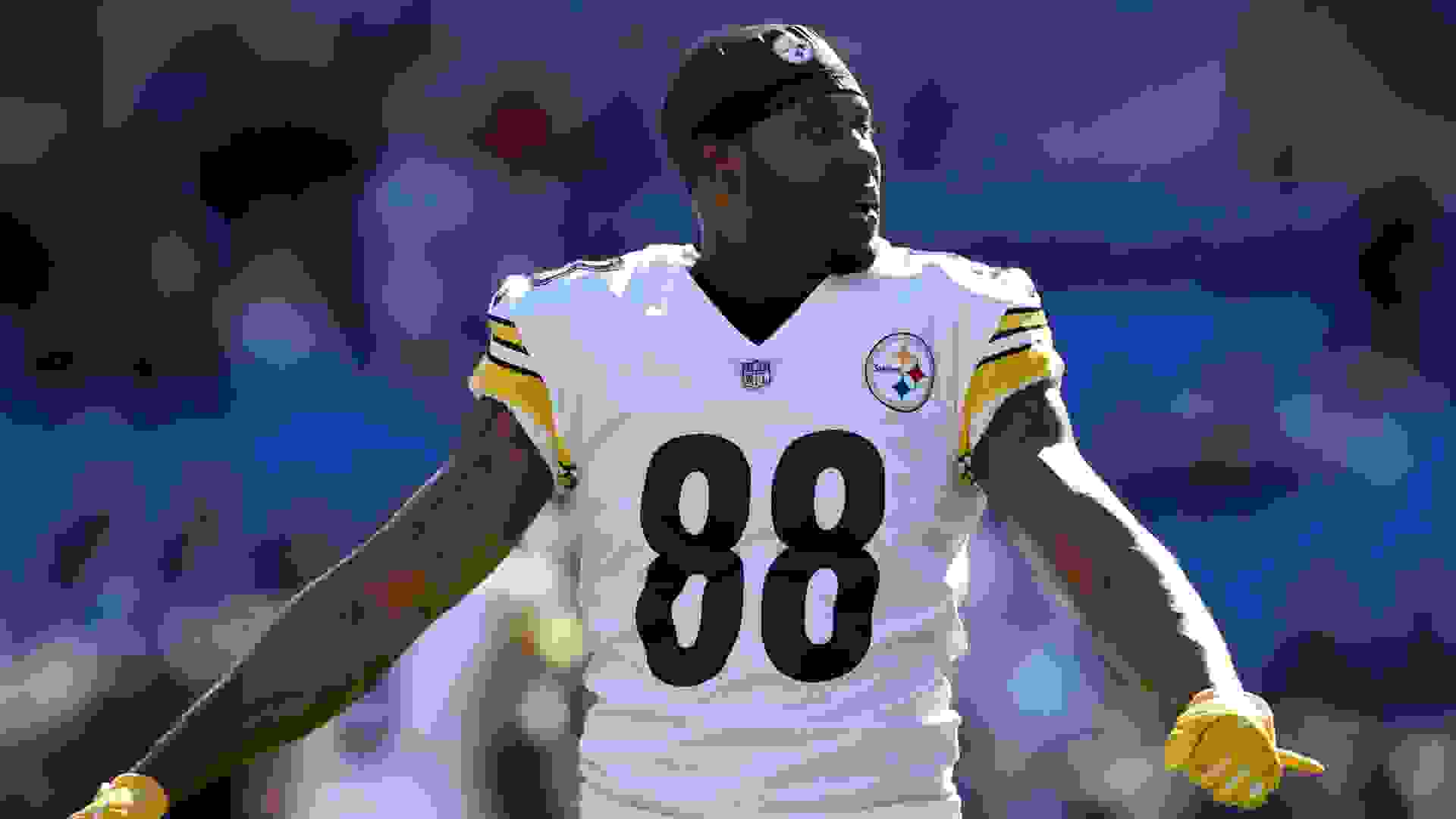 For most Americans, your first full-time job is a crucial step into adulthood. For Darrius Heyward-Bey, he made the wise decision of regressing a little bit when he inked that first NFL contract. He had his mom put him on an allowance.

Of course, it helps when your mom is a certified accountant. And don’t worry — he paid a commission for her work. But the arrangement allowed Heyward-Bey to save most of his career earnings. Now out of the NFL, the former first-round draft pick even was known to shut off his cable television during the season since he wasn’t home to watch it. 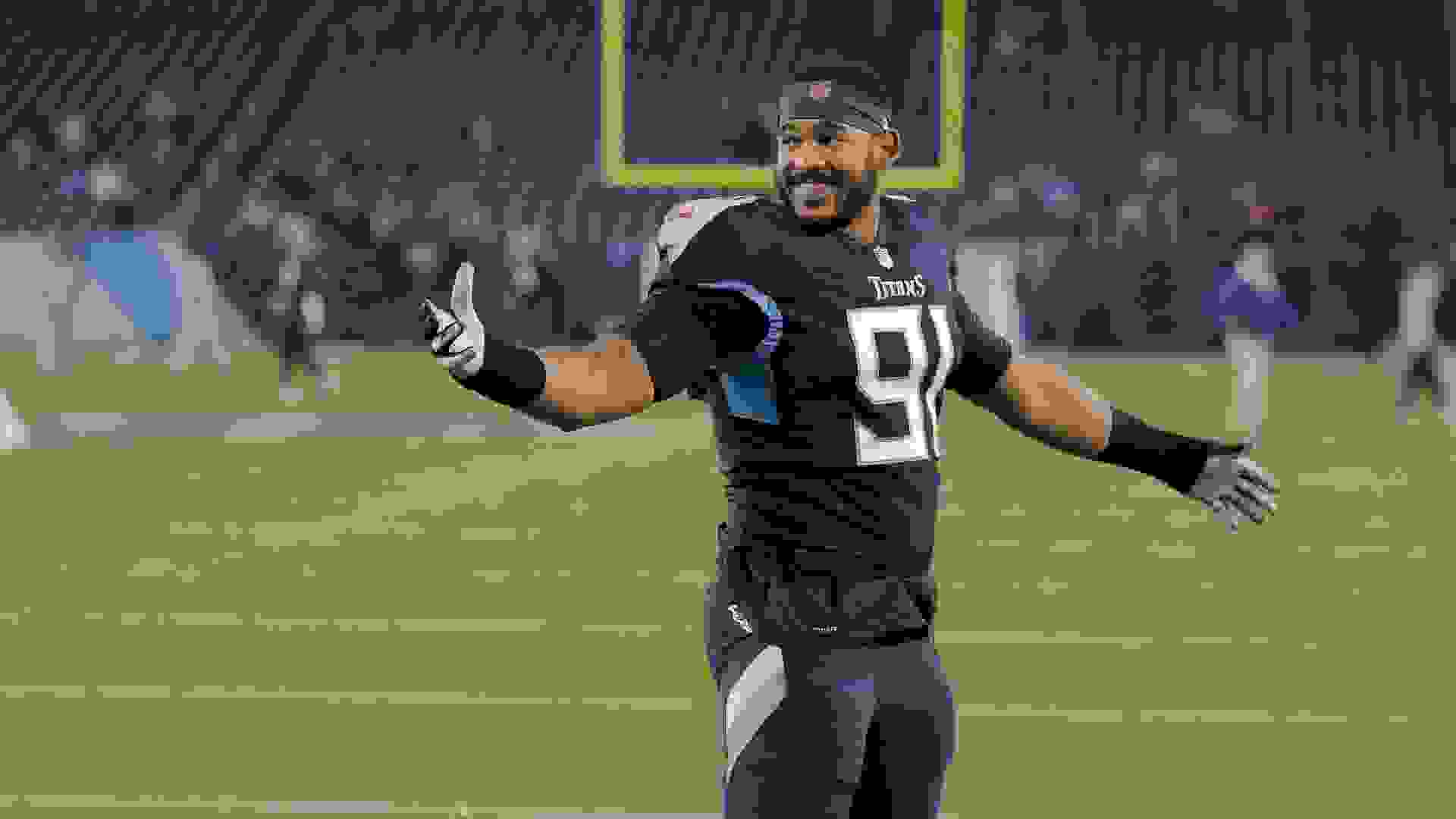 Sure, saving is one way to be smart with your money. But making investments that pay in more ways than just money is another approach that shouldn’t be overlooked. Many players make charitable donations a part of their lives, but some — like former Tennessee Titans linebacker Derrick Morgan — have decided to make the focus of their earnings both financial returns and social good.

Morgan has made socially responsible investing a major focus for the $42.1 million he made during his playing career. By seeking out the right type of investments, his money can help promote causes such as social justice or the environment — all while growing so that it can continue doing so for years to come.

“I wanted to use my money to match my values and make more of an economic impact on the community. You start to make investments to directly impact the people you want to help,” Morgan told The Undefeated in 2019. 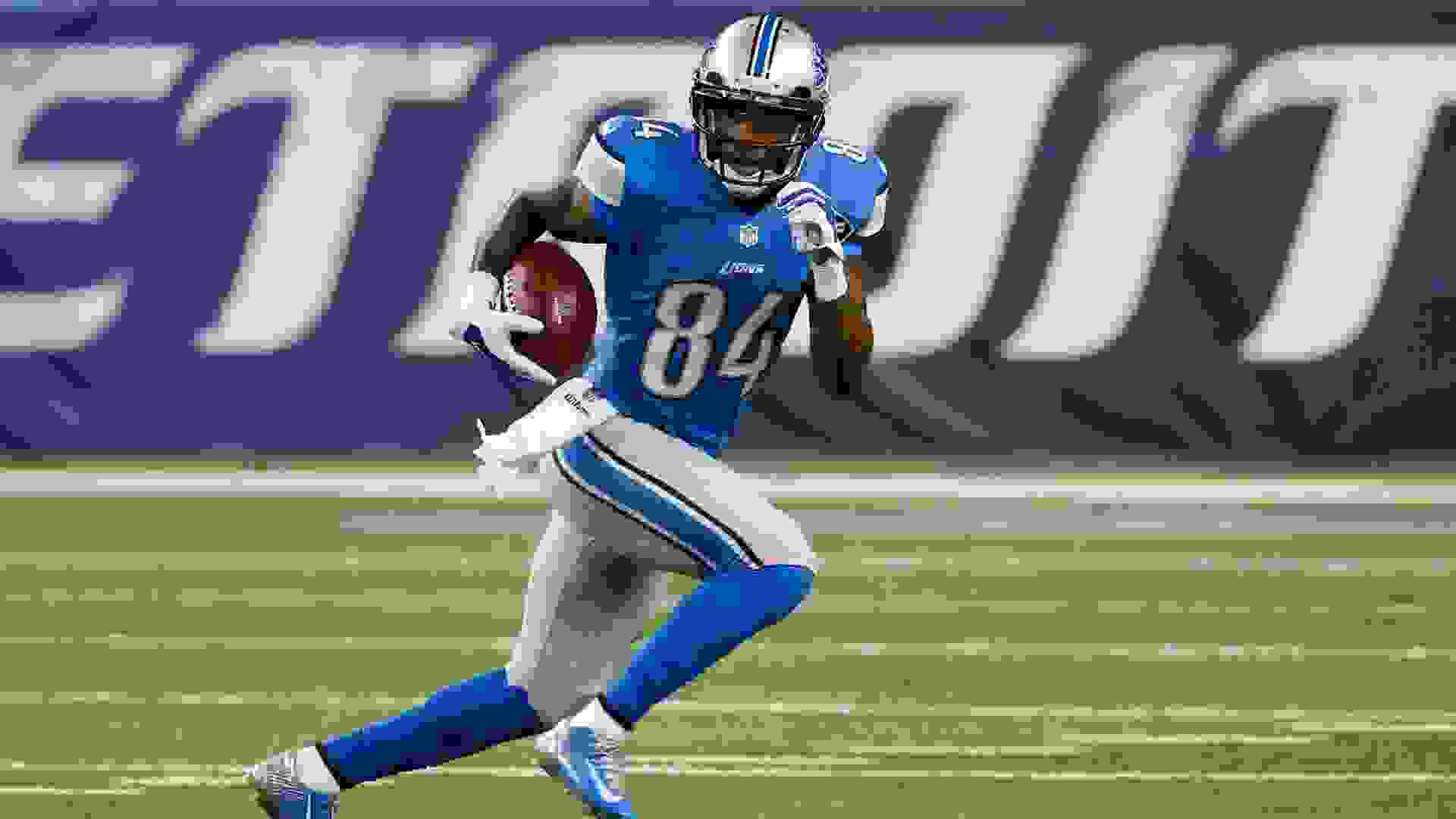 Former Detroit Lions wide receiver Ryan Broyles had a “blink and you’ll miss it” NFL career, lasting just three seasons. However, he made good on his time in the league by sticking to some very simple advice. He shared with ESPN a conversation he had with a financial advisor regarding what to do with his influx of cash after signing his four-year, $3.7 million rookie contract — about $1.4 million of the money guaranteed. Broyles was advised to live the next few months comfortably, set that as his spending level and invest everything he didn’t need to cover that.

The end result was that Broyles kept himself on a budget of $60,000 a year despite being an NFL player. It meant driving a rented Ford Focus during training camp one year, but Broyles was happy to have the solid portfolio those sacrifices produced. 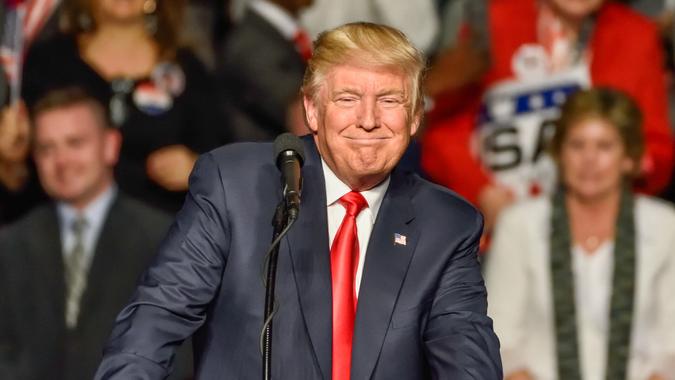