What Is Justin Verlander’s Net Worth? 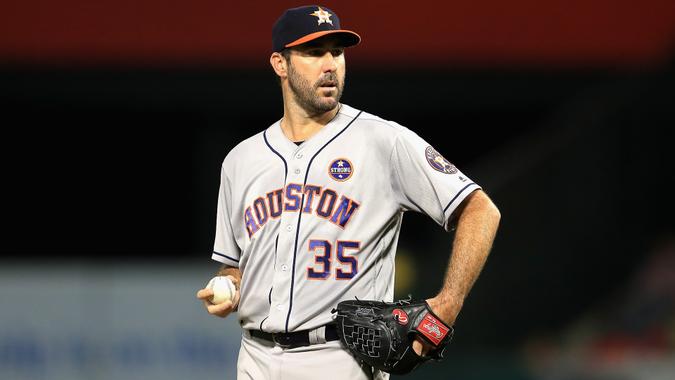 Astros pitcher Justin Verlander is still in the league after 16 seasons, and in that time, he’s made eight visits to the All-Star Game.

Voted Rookie of the Year his debut season, the right-hander has won the Cy Young Award twice, the ERA Title, the Triple Crown, League MVP and the World Series. His efforts have earned him nearly $275 million in salary alone. Not only is he one of the most marketable players in the league, but he’s currently riding out a two-year, $66 million contract that gives him the richest annual salary of any pitcher in baseball history.