How Much Do Your Favorite Athletes Earn Per Hour? 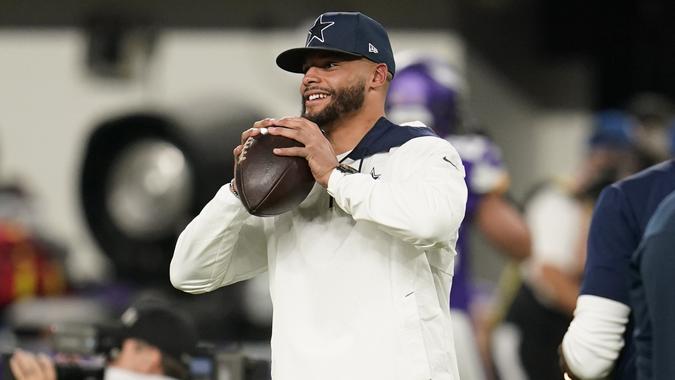 You already know that your favorite athlete makes a little more than you do. All you have to do is see the latest news story on the most recent nine-figure contract signed by a star athlete.

But just how much more, per hour? GOBankingRates crunched the numbers to see.

Take a Look: How Rich are Michael Jordan, Alex Rodriguez And 13 More Incredibly Wealthy Retired Athletes?
Rank: The Richest Athletes in the World

The average hourly wage for the American worker in 2020 was just more than $25 in 2020, the Social Security Administration reported.

Taking the numbers for the top 15 salaries in the four major men’s pro sports, the gap is staggering. Among those athletes, they make an average of $2,826 per hour for a year, $370,132 per hour for the total broadcast time of a game, and a whopping $957,823 per hour of game time.

(We’ll give you a minute to pick your jaw up off the floor.)

Those are average numbers, so it might help to look at some specific athletes:

Learn More: Most Successful Athlete From Every Decade

The disparity isn’t quite as large for female athletes. For instance, the average salary for a WNBA player is $100,658.51, while the highest-paid players can earn $215,000. A top-paid WNBA star such as Brittney Griner or Elena Della Donne can earn around $3,161 per hour of game time.

To give more perspective, one of the richest men in the world, Jeff Bezos, only makes $192 per hour, with a salary and additional compensation of $1,681,840 for a year. Because he owns so much Amazon stock, however, his net worth increased by $75 billion in 2020, according to the Bloomberg Billionaire Index. That would work out to $8.56 million per hour.

Another gazillionaire, Elon Musk, made no salary in 2020. However, Bloomberg reported that Musk made $6.7 billion in total compensation, which works out to $18.34 million per hour. Not bad.

On the other end of the salary spectrum, a high school sports coach makes $21 per hour, ZipRecruiter reported, while a social media manager in Beverly Hills, California, makes $25 per hour.

Methodology: In order to find which athletes make the most per hour, GOBankingRates first found the top 15 highest-paid players in terms of cap hit/payroll salary for the National Football League (NFL), Major League Baseball (MLB), National Hockey League (NHL) and National Basketball Association (NBA) as sourced from Spotrac 2020-21 data. The cap hit/payroll salary data was pro-rated for the shortened NHL and NBA seasons. GOBankingRates then found how many games each player played in during their respective seasons and from there found the following factors: (1) money earned per hour of game time (NFL: 60 minutes, NHL: 60 minutes, MLB: 225 minutes, and NBA: 48 minutes); (2) money earned per hour for an entire year (8,760 hours in a year); and (3) money earned per hour of the total broadcast time for a game (NFL: 203 minutes, MLB: 225 minutes, NHL: 140 minutes, and NBA: 133 minutes). Time per game broadcasts were sourced from Baseball Reference, Forbes, and FiveThirtyEight. All games played data was sourced from Baseball Reference, Pro-Football Reference, Basketball Reference, and Hockey Reference. Only factor (1) was used to determine final rankings. All data was collected and is up to date as of Oct. 25, 2021.