A recent study by The Heritage Foundation found that if Americans kept the money they contribute to Social Security and invested it in the market, they would have more money for retirement than the Social Security system will provide them.

When Social Security was founded, there were 42 workers paying into the system for every retiree who was receiving benefits. Today, just 3.4 workers pay in for each retiree who is collecting. The Congressional Budget Office says that the program will run out of funds in 2029; the Social Security Trustees say funds will last until 2035.

Click to read about how much a comfortable retirement will cost you in every state.

Between worker and employer payments, 12.4 percent of every worker’s wages go to Social Security. The average male worker born in 1995 will pay $404,377 into Social Security. If he lives to be 80 years old, he will collect $227,513, less than what he paid into the system. If he invested that money in a private account, with 50 percent in large-cap stocks and 50 percent in U.S. Treasury bonds, he would likely have a nest egg of $1,241,153 — more than three times what he invested.

Find Out: How Much Do I Need to Retire?

Read This Now: Here’s Your Do-or-Die Retirement Plan If You Have Nothing Saved

There are also benefits to the greater economy, like larger paychecks and increased productivity by companies. Clearly, the Social Security system needs reform if it is to continue to fulfill its promises to future generations. The Heritage Foundation study indicates that turning to private investment might be the most favorable way to do that.

Click to keep reading about 20 ways to increase your savings and retire rich. 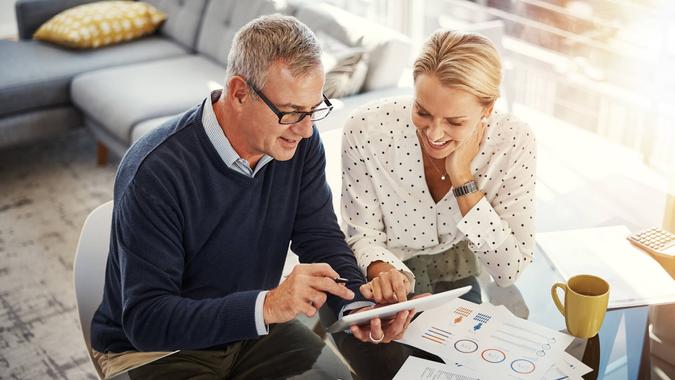 Good News: Your Social Security Payment Is Increasing in 2019

The cost of living adjustment is the highest since 2011.