What is the FICA Tax and How Does it Connect to Social Security? 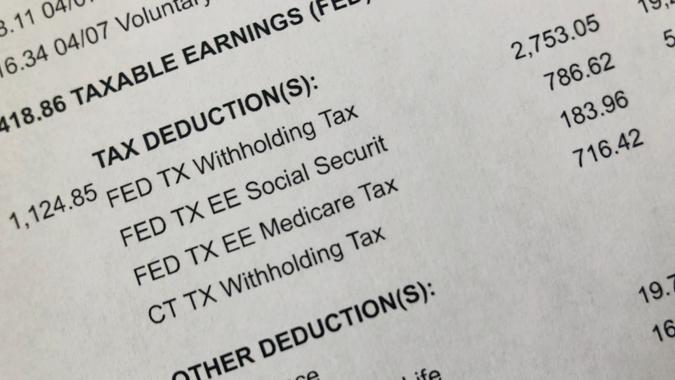 If you earn a paycheck in the United States, you’ve probably seen “FICA” somewhere among the taxes, but might not have known what it means.

See: Unclear on Social Security Benefits? These Are the 4 Types Seniors Should Know
Find: Social Security Got Its Biggest COLA Bump Ever – Are Rising Food Prices Covered?

The short answer is, FICA stands for Federal Insurance Contributions Act. It’s deducted from each paycheck and comprises two different “contributions” (e.g., taxes): Social Security tax and Medicare tax. As the Social Security Administration notes on its website, FICA helps fund both programs, which provide benefits to retirees, the disabled and children.

FICA taxes currently equal 7.65% of your gross wages. Here’s how they break down:

In both cases, your employer must match these percentages to bring the total to 15.3%.

So, you might be wondering: Are the Social Security taxes you pay held in a personal account you’ll be able to access once you retire and begin collecting Social Security?. In a word: No.

Here’s how the SSA suggests you think about FICA: “The money you pay in taxes is not held in a personal account for you to use when you get benefits. Today’s workers help pay for current retirees’ and other beneficiaries’ benefits. Any unused money goes to the Social Security trust funds to help secure today and tomorrow for you and your family.“

If you’re self-employed, you pay into Social Security and Medicare through a different tax, called SECA, which stands for Self-Employment Contributions Act. This tax will be collected when you file your federal tax returns each year. You’ll also be responsible for both the employer and employee shares, meaning your contribution is 15.3% rather than 7.65%.

Neither FICA or SECA taxes fund Supplemental Security Income (SSI) benefits, the AARP noted. Those are paid out of general tax revenues even though the program is administered by the SSA.