Now Is the Time To Book Holiday Flights 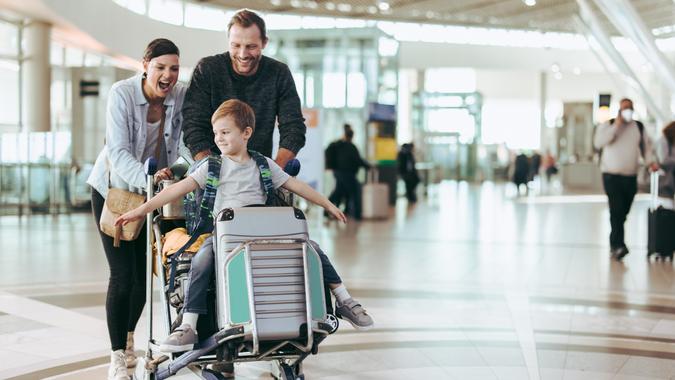 Though it may be tough to comprehend the imminence of fall given the incredible heatwaves and droughts impacting much of the world, summer is indeed winding down — and the holidays will be here before you know it.

What does that mean for consumers? Well, if you’re planning on traveling for Thanksgiving or Christmas this year, now is the time to purchase your flights, because it’s looking like they will only get more expensive going forward.

See Our List: 100 Most Influential Money Experts
Find Out: This Credit Score Mistake Could Be Costing Millions of Americans

In July, average airline prices dropped 9.6% compared to the previous month, according to the latest U.S. Bureau of Labor Statistics’ Consumer Price Index. The drop in cost can be attributed largely to the decreasing price of gasoline, which hit record highs in June.

Every year travel experts recommend booking your holiday flights sooner than later, but this year the pressure is really on. August is looking particularly attractive for airfare — but it won’t last long.

In its Q3 travel index released on August 1, the online booking platform Hopper said that plane tickets should average less than $300 per round trip flight for domestic itineraries booked this month.

“Domestic airfare this fall will drop to $286 this August, down 25% compared to the airfare peak in May of this year, in line with 2019 prices,” Hopper reported. “Airfare will remain at or below $300 through late September, before beginning to rise slowly in October and November.”

So, if you know your holiday plans will involve flying, now is the time to pounce on tickets. Costs will only go up from here on out.

To get the best deals on airfare, do the following:

There’s no rule that says you have to fly round trip with a single airline, and sometimes the best way to save is to fly with JetBlue one way and opt for Southwest for your return flight, just as an example. Happy flying.