California Gas Prices Hit $4.72 — Will They Continue to $5 a Gallon and for How Long? 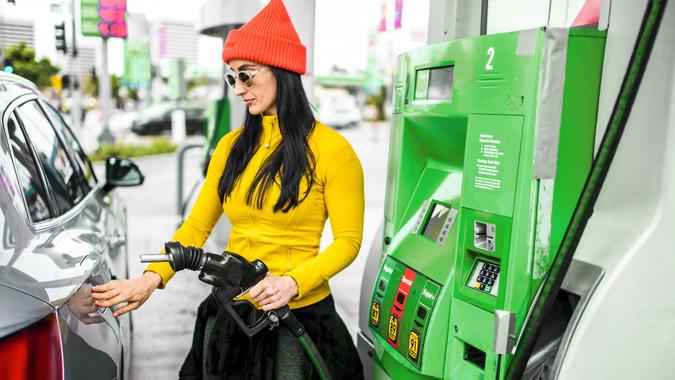 Gas prices, along with the price of groceries and many consumer goods, are rising with the 7.5% inflation rates of the past month. But the value of money isn’t the only factor driving fuel prices. Domestic production, oil imports and supply and demand are also to blame.

See: White House Considers Federal Gas Tax Holiday as Oil Prices Approach $100 a Barrel
Gas Prices: How Filling Up on Specific Days Could Save You $100 Annually

The national average cost for gas hit $3.51 per gallon on Wednesday, Feb. 16, but California is feeling the crunch even more than other states. Gas in California just reached $4.72/gallon, and experts say $5 a gallon could soon be the state-wide norm.

“California is the proxy for what will happen with the energy transition,” said Tom Kloza, global head of energy analysis for the Oil Price Information Service, the firm that tracks gas data for AAA, told CNN. “A number of refineries have closed permanently… Getting people away from fossil fuels might be the right thing to do, but it is not without pain.”

Find Out: Which Really Costs More: Charging an EV or Filling Up Your Tank With Gas?

The West Coast used to produce 2.5 million gallons of oil daily, but now produces roughly 25% less than that. If Russia invades Ukraine, a major world oil producer, Western U.S. states including Washington, Oregon and Nevada could start feeling the crunch even more. Currently, prices are in the $3.90s in those states.

As the U.S. — and California, in particular — aims to encourage the use of renewable energy and electric vehicles, taxes also affect gas prices. Drivers who fill up their internal combustion engine (ICE) vehicles in California can expect to pay 68 cents per gallon in taxes, compared to the national average of 39 cents, according to CNN.

2022 Stimulus Checks: Is Your State Giving Out Money This Year?
Explore: Legislative Win Could Lead to Government-Funded Healthcare in California by 2024

Although California currently has the highest gas prices in the US, the rest of the country is catching up quickly, CNN reported. Gas prices have risen by 2% in January, while they rose by 6% on average across the country. In the past year, gas prices have soared by 40% nationwide, and 35% in California.