Used vs. New: The Guide To Owning a Vehicle and Minimizing Depreciation Cost 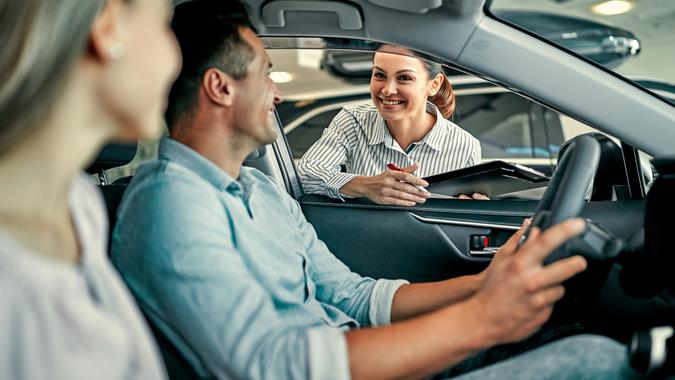 When you buy a new car, it begins losing value — depreciating — the moment you sign on the dotted line. After one year, the average new vehicle sheds 20% of its value, according to Carfax. It loses another 15% the following year and keeps cratering until it’s worth just 40% of its former glory after five years.

Check Out: 13 Ways To Increase Your Car’s Value
See: 10 Items You Should Never Buy Secondhand

That’s good news for someone looking to save money on a late-model used car — not so much for the person doing the selling. Depreciation is a powerful force, but there are steps you can take to control it — and even make it work in your favor.

It All Starts With Homework

Whether you’re buying new or used, your choice of make, model and especially brand will have a lot to say about how well your vehicle holds its value over time.

“The best way you can fight depreciation on a vehicle, new or used, is by doing your research ahead of time and picking a make and model that has a solid reputation,” said Mark Beneke, co-owner of Westland Auto Sales, in Fresno, California. “Toyota tends to be a brand that always sells well and people are willing to pay top dollar for since it is known for its reliability and low repair costs. Hyundai is making a strong name for itself over the last few years.”

Kelly Blue Book (KBB) mostly agrees, ranking Toyota the No. 1 brand in terms of resale value, with Subaru not far behind. As for luxury vehicles, Porsche and Lexus are known for depreciating at a snail’s pace.

Read: 15 Cars With the Highest Resale Value
Discover: 50 Cars That Are Better To Lease Than Own

If you’re in the market for a gently used vehicle, identify the models that lose value fastest, let the original owner eat the bulk of the depreciation for you and buy it at a near-new discount. Many pricey luxury models fit into this category, according to AARP. For example:

On the other side of the coin are cars that hold their value so well that they’re not a good deal on the used market until they have lots and lots of miles on them. Here, it pays to buy new. For example:

Find Out: 25 Things You Should Always Do Before Buying a Used Car
More: Don’t Get Suckered Into Paying For These 25 Useless Things at Car Dealerships

Whether new or used and no matter the make or model, basic maintenance is one of the rare cases where you actually have control over how your car holds its long-term value — don’t forfeit that control.

“Staying on top of all recommended services and then keeping all records of that will help combat depreciation,” Beneke said.

The big one is regular oil changes. Go with your manual and not your service shop’s recommendation. Kelley Blue Book says you can expect to pay between $35-$75 — more for synthetic.

Keep in Mind That Maintenance Includes Washing and Cleaning

“Dirty interior parts tend to wear quicker,” said Matas Buzelis, head of communications at carVertical. “Dirt makes the surface less durable. If some interior parts are worn out, it may be great to refurbish or change them.”

You can save money and make it a habit by signing up for a wash subscription plan.

“For around $30-$50 a month, depending on your city, car owners can always keep their car clean with an unlimited car wash membership,” said Alessandro Mannino, director of product at vehicle history report Bumper. “If you live in a home or apartment without a garage, it can be helpful to cover your vehicle, preventing moisture buildup, reducing exposure to sun and protecting it from other outdoor elements.”

See: The 29 Biggest Car Mistakes That Will Cost You
Learn: 28 Tips for Negotiating With Car Dealers

Pay Attention to Where the Rubber Meets the Road

Buying good tires and rotating and replacing them on a schedule should be second only to regular maintenance. The performance of your tires, after all, affects everything from handling and braking to fuel economy.

“Worn-out tires can cause the value of your car to depreciate,” said Grant Clelland, automotive engineer and tech expert from Infiniti Tracking, an auto-electrical company that specializes in vehicle tracking. “Installing a set of new tires can attract buyers and show the true value of your car. Poor quality tires negatively affect the overall driving experience and performance of the vehicle, which makes it difficult to justify the value of your car.”

Keep in mind that quality tires and shiny wheels are two different things.

“New rims may look appealing, but they don’t increase any value, so your priority should be getting new tires instead,” Clelland said.

Value Added: 25 Freebies To Ask For When Buying a New Car
See: 23 Car Upgrades That Are Worth the Price

Nuts-and-bolts investments like tires and maintenance are the best ways to put speed bumps in the way of depreciation. But in some cases, a little glitz in the cockpit can boost a car’s value.

“In order to keep your car from depreciating, you can install an infotainment system that matches the standards of most recent ones and offers all the features,” said Clelland. “For example, a screen, navigation, phone connectivity for calls, etc. Upgrading the infotainment system can surely help you increase the value of your car.”

Infotainment upgrades aside, the closer your car stays to how it was when it left the factory, the better.

“When it comes to maintaining a car’s value, one area not worth investing in is extensive modifications,” said Matt Smith, daily editor at CarGurus. “Skip the cat-back exhaust and the aggressive body kits. What looks good to you might not be appealing to a potential buyer. The best way to attract the widest array of shoppers is to keep your vehicle looking and sounding as close to factory stock as possible.”