You can save time comparing streaming services from Apple, Amazon, Google and others by using side-by-side comparisons to help you decide which device or provider is best for your budget and show variety preferences. Whether you want to replace your cable to save money or to make it easier to get the Netflix movies and TV shows you want on demand — or both — you’ll have to weigh some pros and cons to find the right streaming option for you. Take a look at some of the top streaming services and devices available and decide which one you want to replace or cut down on cable.

Easiest to Use: Apple TV vs. Amazon Fire Stick

Both devices require minimal setup, and you don’t need a cable box or satellite dish. If you’re interested in downloading Kodi — a free, open-source software media center designed to play videos, music and games — it works with the Amazon Fire Stick, and online tutorials are available to show you how to set it up.

Related: How to Save Money on iPod and Apple Products

Most Smartphone-Friendly: Roku vs. Chromecast

The best media streamer will enable you to use your iPhone or Android phone as a remote control, and Roku and Google Chromecast both fit the bill. Roku gives you the added benefit of HD and 4K picture quality, and Chromecast provides 1080hp resolution for your high-quality viewing.

Both support all wireless networks and quickly connect to your mobile device via Bluetooth or WiFi. In addition, Chromecast can stream on your Google Chromebook as well as your Apple and Android devices.

If you haven’t splurged for a 4K TV, also known as Ultra HD, consider a streaming device that serves as an external source to provide higher resolution. With four times as many pixels as 1080hp-resolution TVs, you can’t watch 4K TV shows and movies without 4K technology.

Both TiVo Bolt and Roku deliver 4K picture quality. If you choose TiVo, you will need to subscribe to the service to make use of its features, but it’s still one of the best streaming TV service options available. Google Chromecast Ultra also streams in 4K Ultra HD and HDR.

The most affordable options for the best streaming stick or media streamer are Google Chromecast, priced at $35, and Amazon Fire Stick, which costs $39.99. Both cost less than half the price of Roku at $79.99.

If you go with Chromecast, however, you won’t have any internal storage, but you will have access to more than 200,000 shows. The Amazon Fire Stick comes with 8 GB of storage and gives you access to more than 7,000 apps, plus games and movie rental services like Netflix and Hulu. If you’re a Roku fan, consider the Roku Streaming Stick, which is a portable version of the Roku priced at $49.99.

Access to Shows and Channels: Amazon Fire Stick vs. Roku

If you have Amazon Prime or want its unlimited access to thousands of TV shows and movies, you will want to consider getting the Amazon Fire Stick. With a Prime membership, you can also add more than 90 premium and specialty channels — including HBO and Showtime — for less than $20 a month.

Roku doesn’t offer Amazon Prime member benefits, but it does provide users with access to a selection of free services as well as Netflix, Hulu, and Amazon Video and Google Play rentals. It also supports on-demand programming from ESPN and dozens of other channels.

See: What $1,000 Invested in Netflix and Apple 10 Years Ago Would Be Worth Today

If you want to replace cable with a low-cost streaming device, Amazon Fire Stick or Google Chromecast are your best bets. Both devices cost less than $40 and offer high-quality streaming.

Although it’s priced higher than other streaming devices, TiVo Bolt — the only streaming device that enables you to record shows — gives you 150 hours of HD recording and the ability to record four of your favorite shows at once. You can upgrade to TiVoBolt+ and get 450 recording hours and the ability to record six shows at once. If you’re a diehard Apple fan, Apple TV is compatible with the iPhone and tablet and will give you the simple user interface you’re familiar with from your other Apple devices. 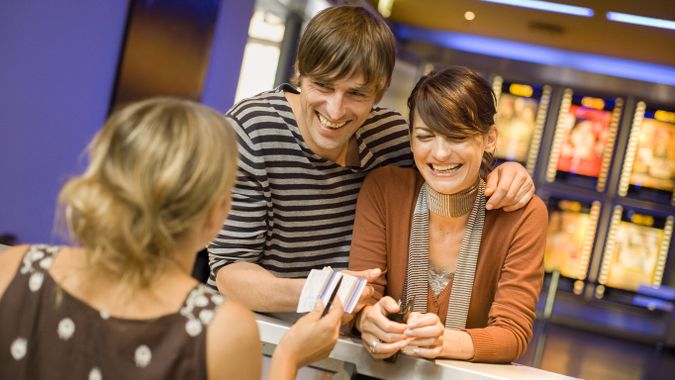