Consumers Don’t Have to Pay More for Higher Quality Music 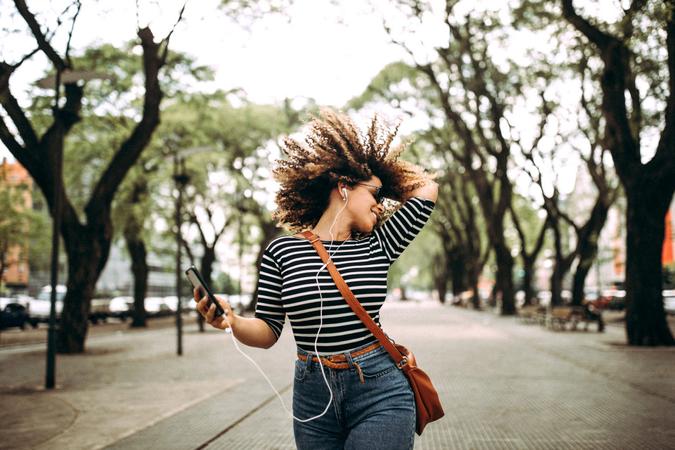 For many years, Americans sacrificed audio quality for convenience and lower cost as we traded in our audio CD collections for streaming music through our smartphones and smart speakers. But as technology advances, we may not have to choose between paying more for music or getting a high-resolution audience experience. Today’s high-resolution, lossless digital audio provides an even more powerful audio experience than CDs can deliver. And it’s already available to Amazon Music Unlimited members for the same price they’re paying now, CNET reports.

See: A Musical Couple Teaches Kids of All Ages How To Rock Out
Find: Big-Name Musicians Who Are Dropping Albums During COVID-19

Amazon Music announced that listeners will have unlimited access to more than 70 million songs in High Definition audio and more than 7 million tracks in Ultra HD, which offer better-than-CD quality, plus a catalog of songs in 3D Audio, mixed in the Dolby Atmos or Sony 360RA format, which has been most commonly experienced in home theaters for a more immersive experience. Amazon said in a press release that users can stream these songs from the Echo Studio, a high-fidelity smart speaker. Music mixed in the Sony360RA format can also be streamed via Alexa Cast to Sony’s RA5000 and RA3000 speakers.

Apple also announced the introduction of high-resolution, Lossless Audio to its catalog of 75 million songs. Additionally, Apple will be adding thousands of tracks mixed with Spatial Audio with support for Dolby Atmos, bringing an even more immersive experience to Apple Music. The offerings will be available at no additional cost to Apple Music subscribers beginning June 1, 2021, Apple reported.

Spotify, the largest streaming service based on listeners and subscribers, hinted at plans to offer its lossless audio offerings, Spotify HiFi, sometime in 2021, CNET reported. However, no timeline has been revealed. Spotify originally said the high-resolution audio offering would be priced at $20/month, compared to the Spotify Premium service, which is $9.99 per month.

While Amazon, Apple, and Spotify may be new to the lossless audio game, they aren’t the only players. Tidal was the first high-fidelity music streaming service, according to its website. Tidal costs $19.99 a month for high-resolution audio, plus Dolby Atmos and Sony 360. The company also advertises “Master” sound quality available for select titles with the HiFi subscription. The first month is free. Tidal also has a Premium subscription offering standard sound quality for $9.99 a month. Videos and livestreams, plus exclusive content, also come with both packages. Embraced by audiophiles and early adopters of high-resolution audio, the platform may not entice people to switch, especially since they can get Amazon Music HD for $10 a month.

What Is High Resolution Audio?

The Digital Entertainment Group, along with the Consumer Electronics Association and The Recording Academy defined high-resolution audio of a quality that can reproduce “the full range of sound from recordings mastered from better than CD quality music sources,” according to WhatHiFi.com. However, streaming services market CD quality sound as lossless audio — and for most listeners, the difference is not noticeable.

For the tech-inclined, high-definition or high-resolution audio has a higher sampling frequency than CDs, which are 16-bit or 44.1kHz kilohertz. The higher the sampling frequency, the more nuance listeners will hear in the music. Similar to the difference between high definition video or 4K, the more bits per second captured during the analog-to-digital conversion, the greater the depth of detail.

As an example, Tidals’ Premium service is captured and streamed at 320 kilobytes per second. The HiFi quality is 1411 kbps or greater, which equals CD quality or 44.1 kHz. The Master quality delivers between 2304 and 9216 kbps.

Should You Pay for High Resolution Music?

For generations who grew up with audio cassette tapes and recording music off our boombox radios to create mix tapes, high resolution audio may not seem like a big deal. But one of the drawbacks to streaming in the past had been the loss of audio quality compared to high-definition CDs.

See: Kings of Leon Becomes First-Ever Band To Release an Album as Cryptocurrency
Find: How To Save Money on All Your Monthly Expenses and Bills

High-resolution streaming offers the best of both worlds: Convenience of a variety of music, on demand, whenever and wherever you want it, combined with audio quality as good as, or better, than CDs. Depending on the sound system you use to listen to music, where you choose to listen, and how important audio quality is to you, high-resolution could be an important upgrade.

Now, with Amazon offering it included with your Amazing Music subscription, and Apple offering it as a free upgrade with Apple Music, there’s no need to pay for the high-quality audio that is as good as — or even better than — you enjoyed in your youth.