Free money from Chipotle is a real thing now. As part of a promotional effort to draw more attention to the launch of Chipotle’s new loyalty program, Chipotle Rewards, the company is also offering instant payments through Venmo to up to 25,000 people a day.

But even if you aren’t one of the lucky Venmo winners, you can still take advantage of some free Chipotle thanks to the company’s rewards program.

When It Comes to Rewards, Will This Burrito Bowl You Over?

The giveaway will give anyone with a Venmo account the chance to head to ChipotleRewardMe.com and enter their phone number for a chance to win. Participants who submit the first 25,000 valid entries each day will receive between $1 and $500, which will show up on their Venmo app along with a customized pepper emoji.

The Venmo giveaway doesn’t actually require that you sign up for the rewards program or even make a purchase at Chipotle. Just act fast as this giveaway, like Julius Caesar in 44 B.C., will end on March 15.

As far as the rewards program, it offers a free order of chips and guacamole to anyone who signs up. After that, you receive 10 points for every dollar spent. Customers can then redeem 1,250 rewards points for a free entree. The program was previously rolled out in a limited capacity last fall, but Chipotle is now expanding it to a national presence. Based on the $7.25 price of a chicken burrito with no extras, that translates to roughly one free burrito for every 18 trips.

Get More: Starbucks and 59 Other Places That Give Away Birthday Freebies

Chipotle and Venmo Go Together Like Cilantro and Lime

Chipotle appears to be looking to leverage its popularity on the Venmo platform to help build further goodwill with customers who might already be solid targets for the rewards program. The company’s press release states that Chipotle is among the most mentioned brands on the platform. What’s more, Chipotle appears to be looking to lead the way in using Venmo to offer rewards directly to consumers.

See: The 13 Best Cash-Back Sites Worth Your Time — and Hacks to Maximize Your Savings

“Chipotle is a beloved brand with a loyal customer following who already split and share their Chipotle orders in the Venmo feed,” said Greg Fisher, vice president of global brand and integrated marketing at PayPal (Venmo’s parent company), in the press release from Chipotle. “It made perfect sense to connect our brands to reward customers with free money to celebrate the launch of Chipotle Rewards, and we look forward to partnering with Chipotle on future projects.”

Meanwhile, the move could also be seen as a sign of the continued influence of CEO Brian Niccol, who started about a year ago. Niccol has made digital innovation a priority during his brief tenure, including adding lines catering specifically to customers picking up online orders.

Read more about the sweeping changes that are coming to credit card rewards programs. 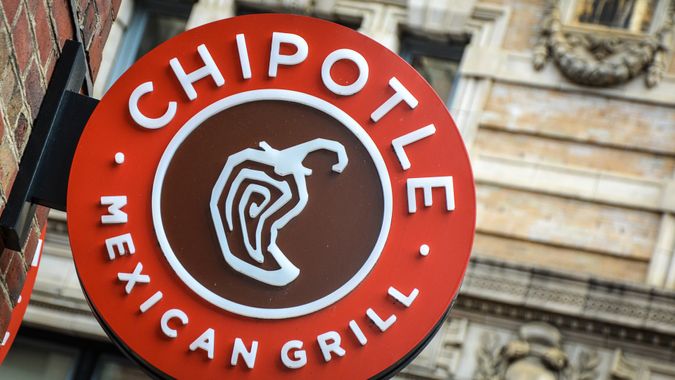 Chipotle Launches a Delicious Rewards Program With Venmo — and

It doesn't take much to win $500 from Chipotle.