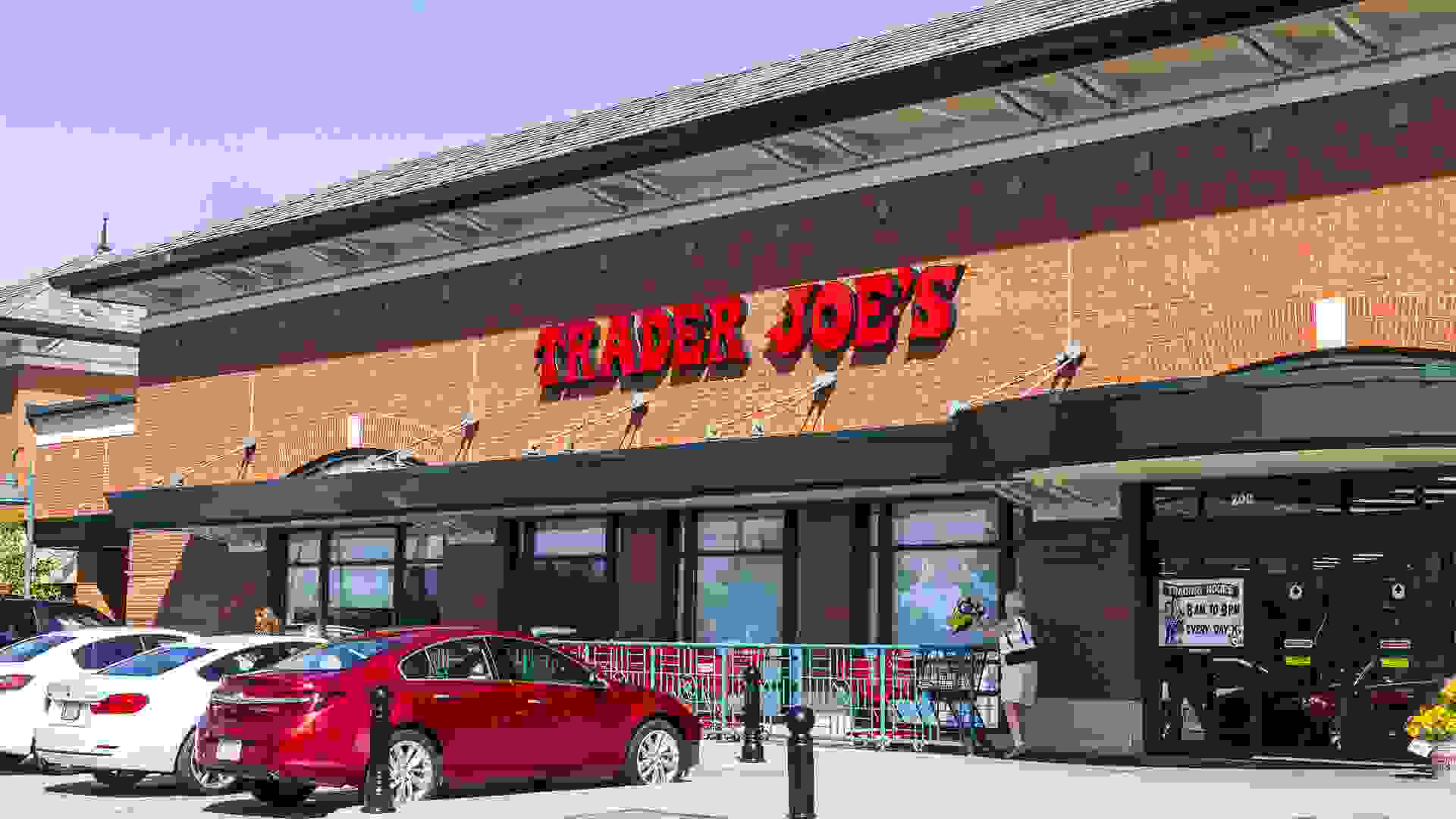 Trader Joe’s is one of the most popular grocery chains in the United States, known for its great deals and organic products. It is often believed that Trader Joe’s is the sister chain of the Aldi stores you see in the United States, but that is not quite accurate. Trader Joe’s stores in the U.S. are owned by Aldi Nord (Aldi North), while Aldi stores in the U.S. are owned by Aldi Süd (Aldi South). While Aldi Nord and Aldi Süd are clearly related — originally owned by two brothers — they are not under the same umbrella.

While both Aldi companies are German, Trader Joe’s is American. Aldi Nord owns the grocery chain, but it operates independently. In addition, its headquarters is still in California, where the company was founded in 1958. Since its humble beginnings in Pasadena, the chain has grown to more than 530 stores around the country. With stores in nearly every state, Trader Joe’s has broad appeal.

Although Trader Joe’s is a favorite among many shoppers, that doesn’t mean everything in the store is a great buy. If you want the best deals, here are certain items you should buy at Trader Joe’s without hesitation — and others you may want to skip.

*Prices mentioned in this gallery were found at the Trader Joe’s store in Cary, North Carolina; your local prices may vary. 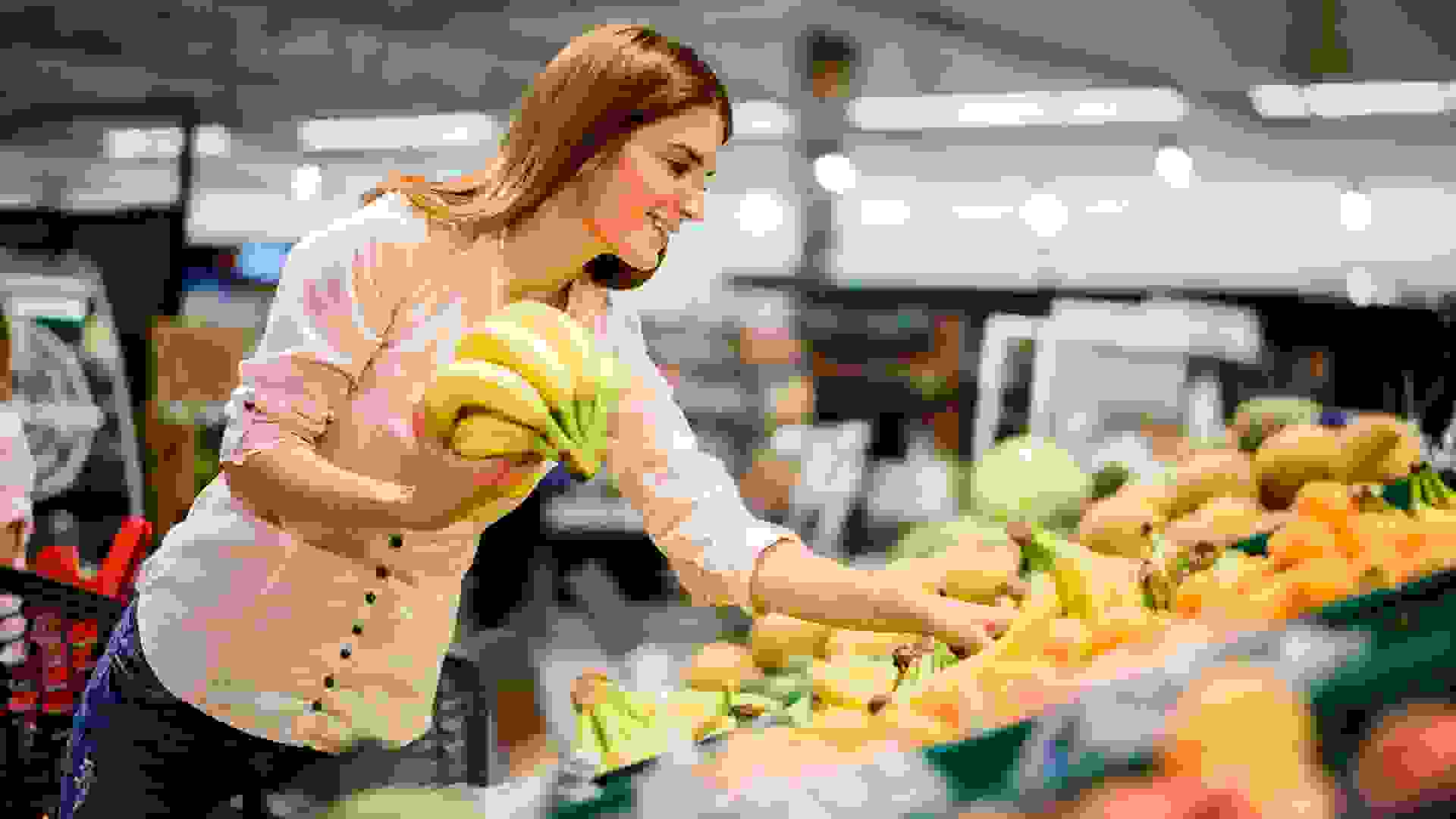 Bananas are one of the most popular items among Trader Joe’s shoppers. That is likely because they are priced by the banana instead of per pound. At just 19 cents each, they are likely to be cheaper at TJ’s if you only go through a few per week. Not only can you potentially save money, but you’ll also be able to cut back on food waste. Sure, you could use them to make banana bread or banana oatmeal cookies, but maybe you aren’t in the mood to bake. If all you need is a few bananas at a low price, Trader Joe’s is the perfect place. 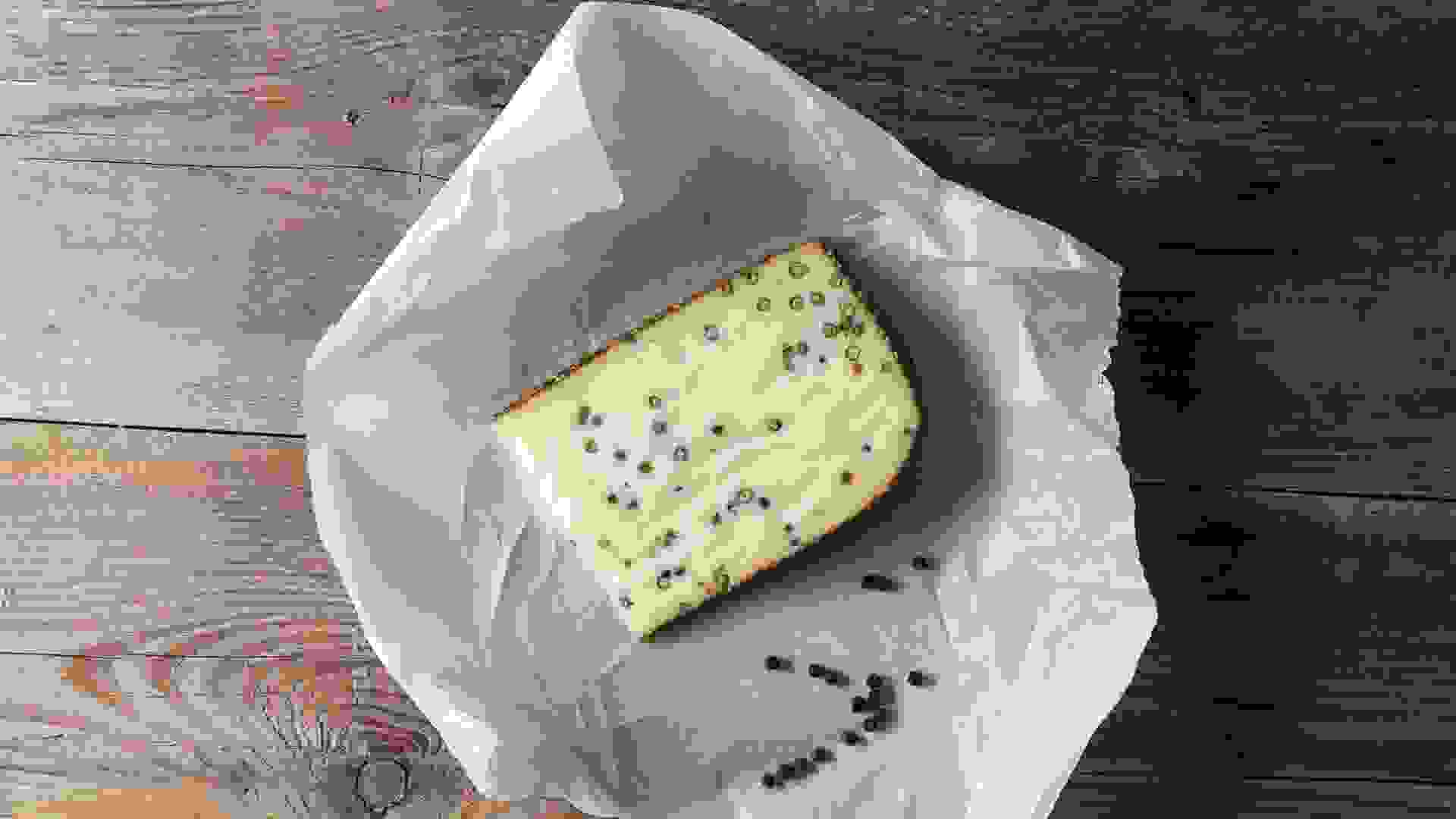 Who doesn’t love cheese? Well, vegans will avoid it, and there are plenty of other dietary restrictions that make cheese a no-go. But for those who have the green light for this dairy goodness, Trader Joe’s is a great place to go. Its popular Unexpected Cheddar is just $3.99 for 7 ounces, and fresh mozzarella is $2.99 for 8 ounces. Plus, Trader Joe’s has a more interesting selection of cheese than many other stores. If you happen to be a cheese aficionado, you’re not going to want to miss out on what TJ’s has to offer.

See: Supermarket Buys That Are a Waste of Money 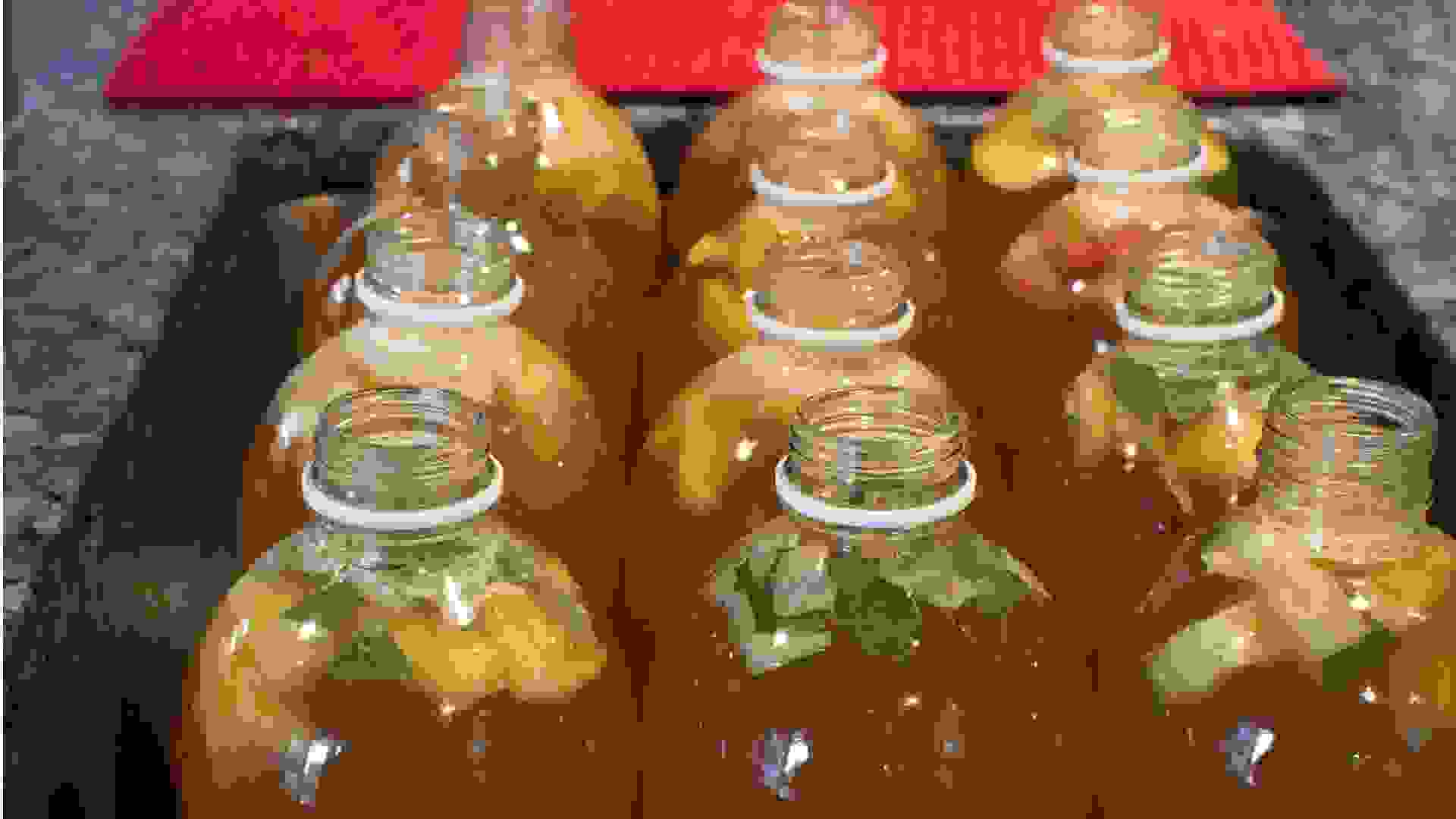 Everyone seems to love kombucha these days, and if you don’t make it yourself (or you don’t get around to it), Trader Joe’s has a great option for you. You can take home a 16.2-ounce. container for just $2.99. So what is kombucha, exactly? It is a fermented black or green tea and has become popular for its health benefits. The drink is believed to treat a number of diseases and illnesses, though there haven’t been any human trials to support such claims. Either way, kombucha is tasty and likely healthier than drinking a soda. 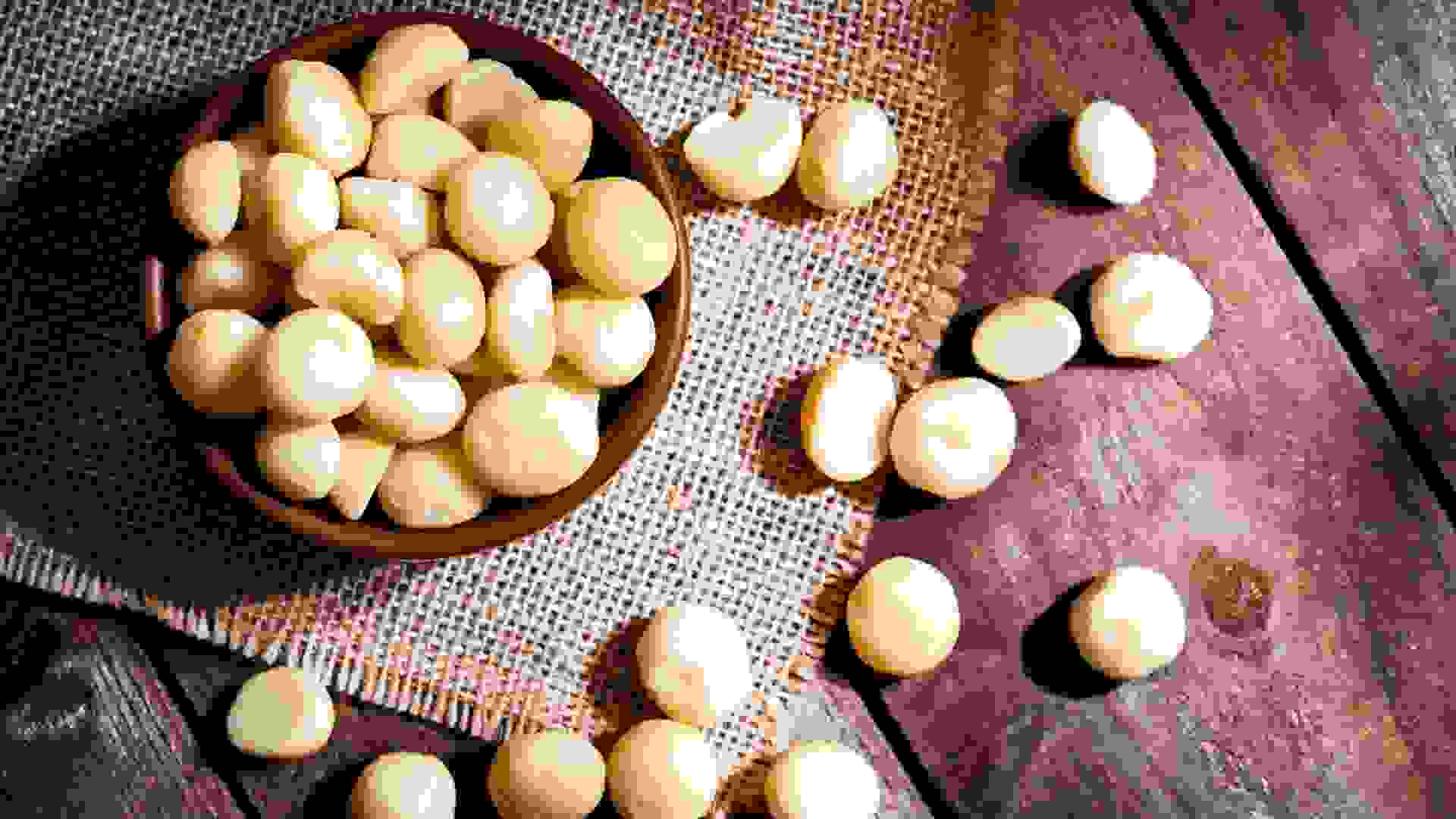 Nuts are a great snack that can be both filling and healthy. Whether it’s almonds, pistachios or peanuts, you can find them at Trader Joe’s for a good price. For example, almonds are $5.99 for a pound, and pecan pieces are $4.99. Peanuts are only $2.99 for a pound But not only are nuts inexpensive at Trader Joe’s — you can also find them in many different varieties. So, whether you need something to snack on, to bake with or whatever you’re up to, be sure to check Trader Joe’s. 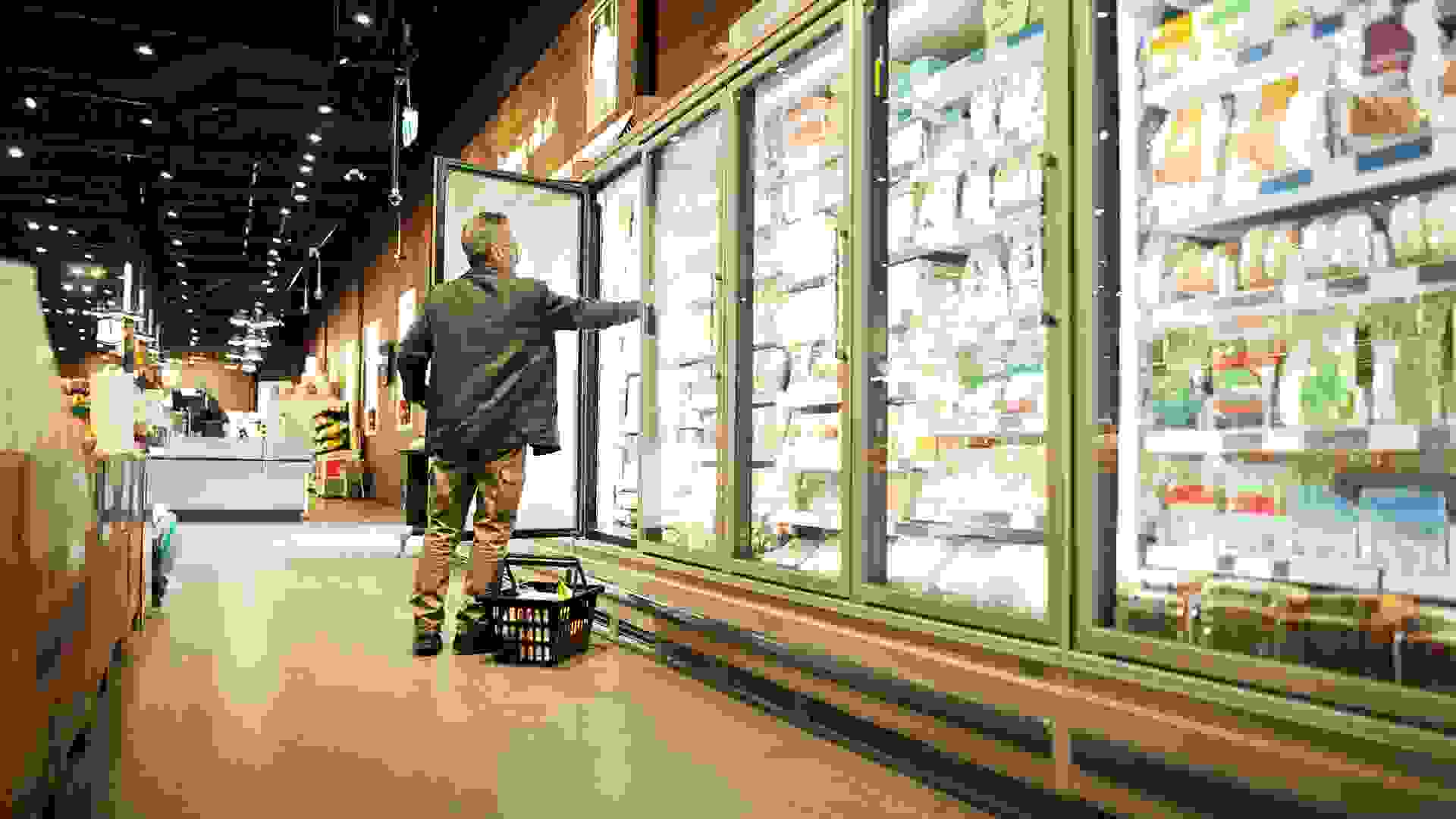 Frozen foods are often a good buy as they can be cheaper and keep much longer than fresh produce. And if you do like to buy frozen fruits and vegetables, Trader Joe’s is a good place to buy them. Frozen broccoli is only $1.69 per pound, strawberries are $1.99 per pound and raspberries are $2.49 for 12 ounces. Of course, Trader Joe’s is known for its selection of organic products; you can pick up a 16-ounce bag of organic broccoli at a slightly pricier $2.29. There is plenty to see in TJ’s freezer, so be sure to have a look the next time you’re there. 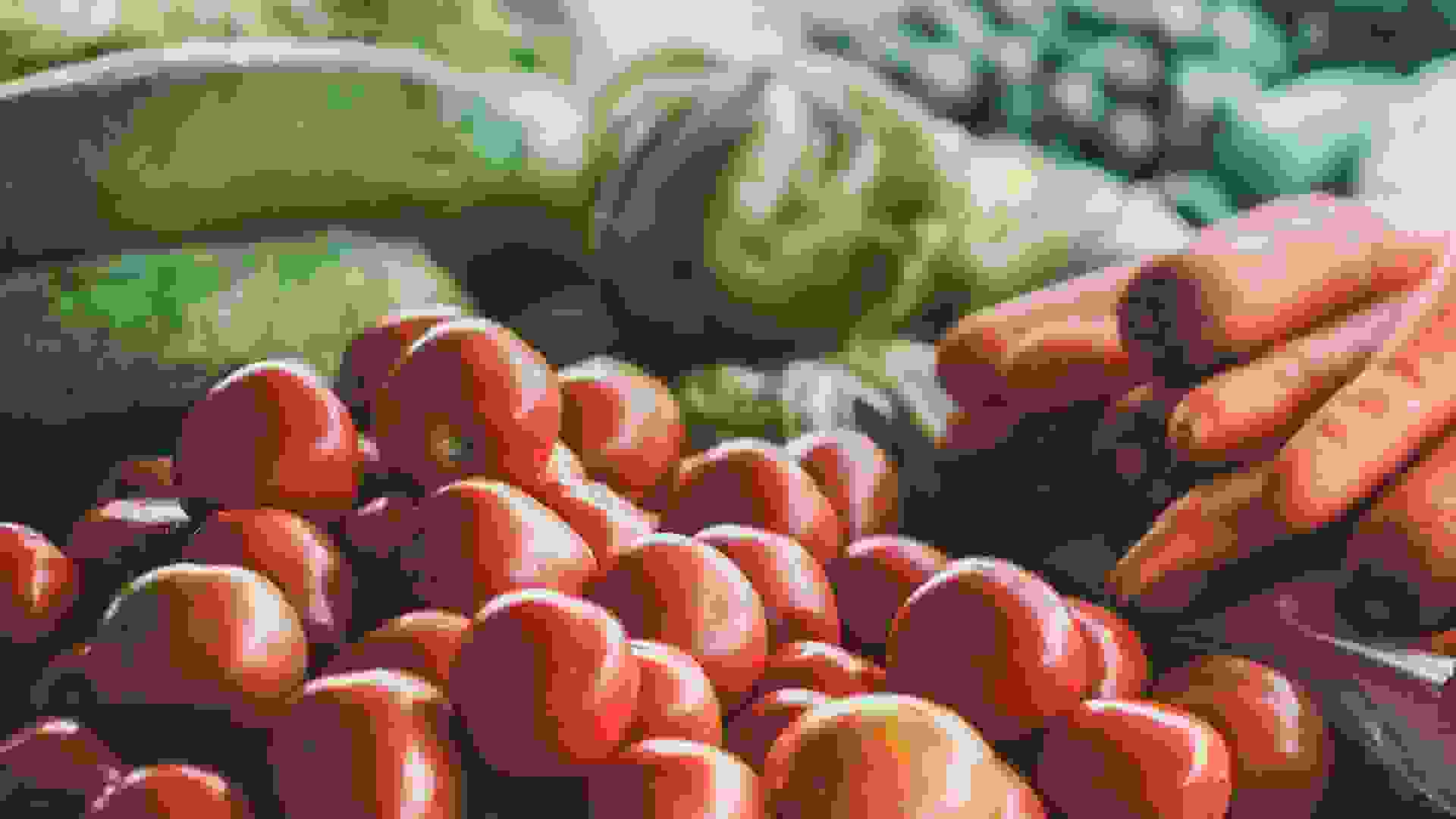 While produce is a necessity for most people’s shopping lists, Trader Joe’s may not be the best place to buy it. Trader Joe’s uses the price-per-piece model for much of its produce selection; while that may be good for bananas, it’s not as good for some of its greens. They aren’t always as fresh as you would probably like, and the prices may be higher than you’d expect, too. Healthy eating is important, but you may want to check the supermarket for this part of your shopping list. 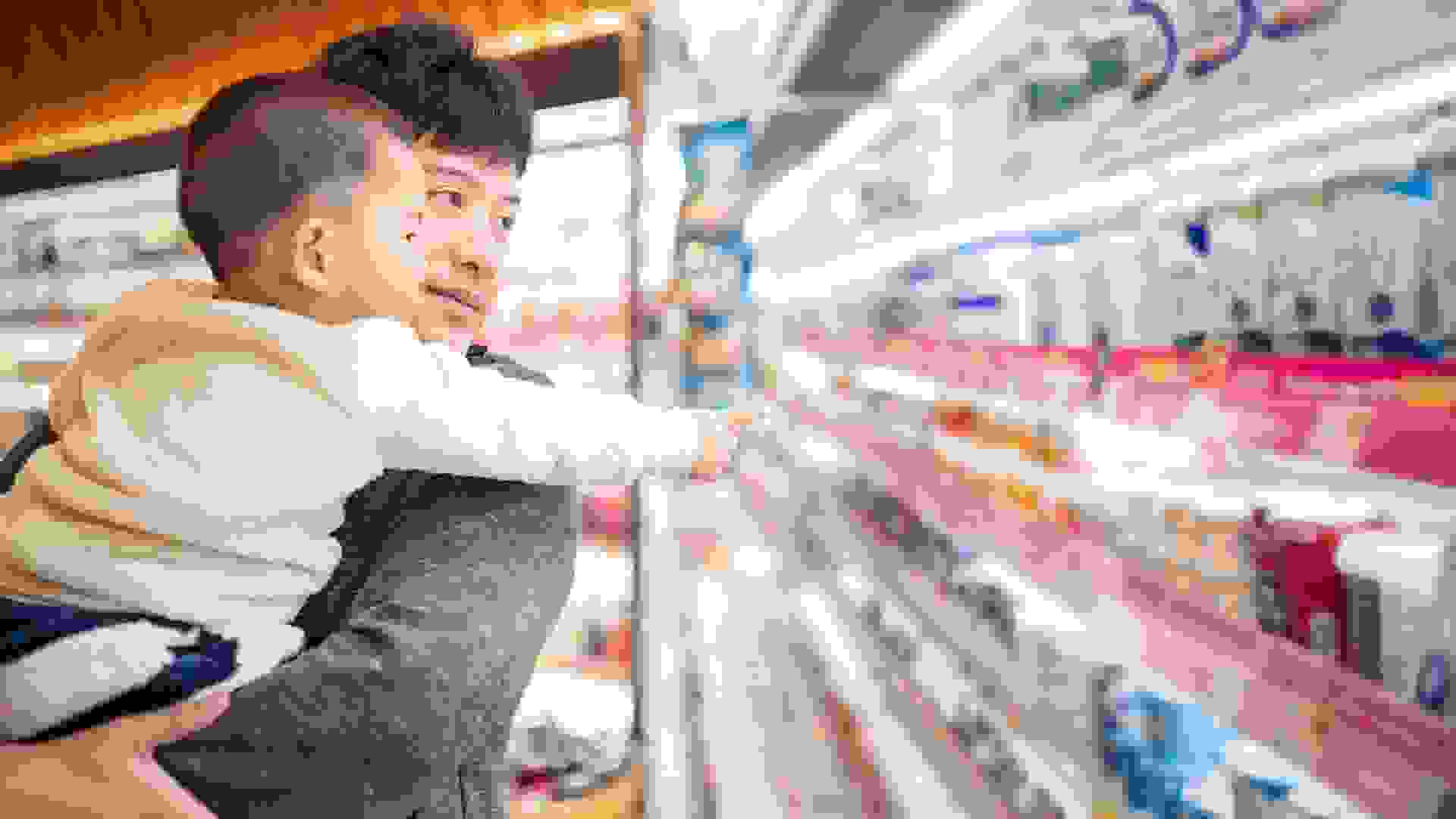 Milk has been a mainstay of refrigerators for decades, and despite the growing popularity of alternative kinds of milk, dairy milk remains relatively popular. If you still get your calcium from milk, Trader Joe’s may not be the best place to pick it up. At $2.99 for a half-gallon, its prices aren’t bad; the problem is that there are no other options. If you don’t buy organic, you can find cheaper options elsewhere.

Test Yourself: How Well Do You Know How Much These Common Items Cost in the US? 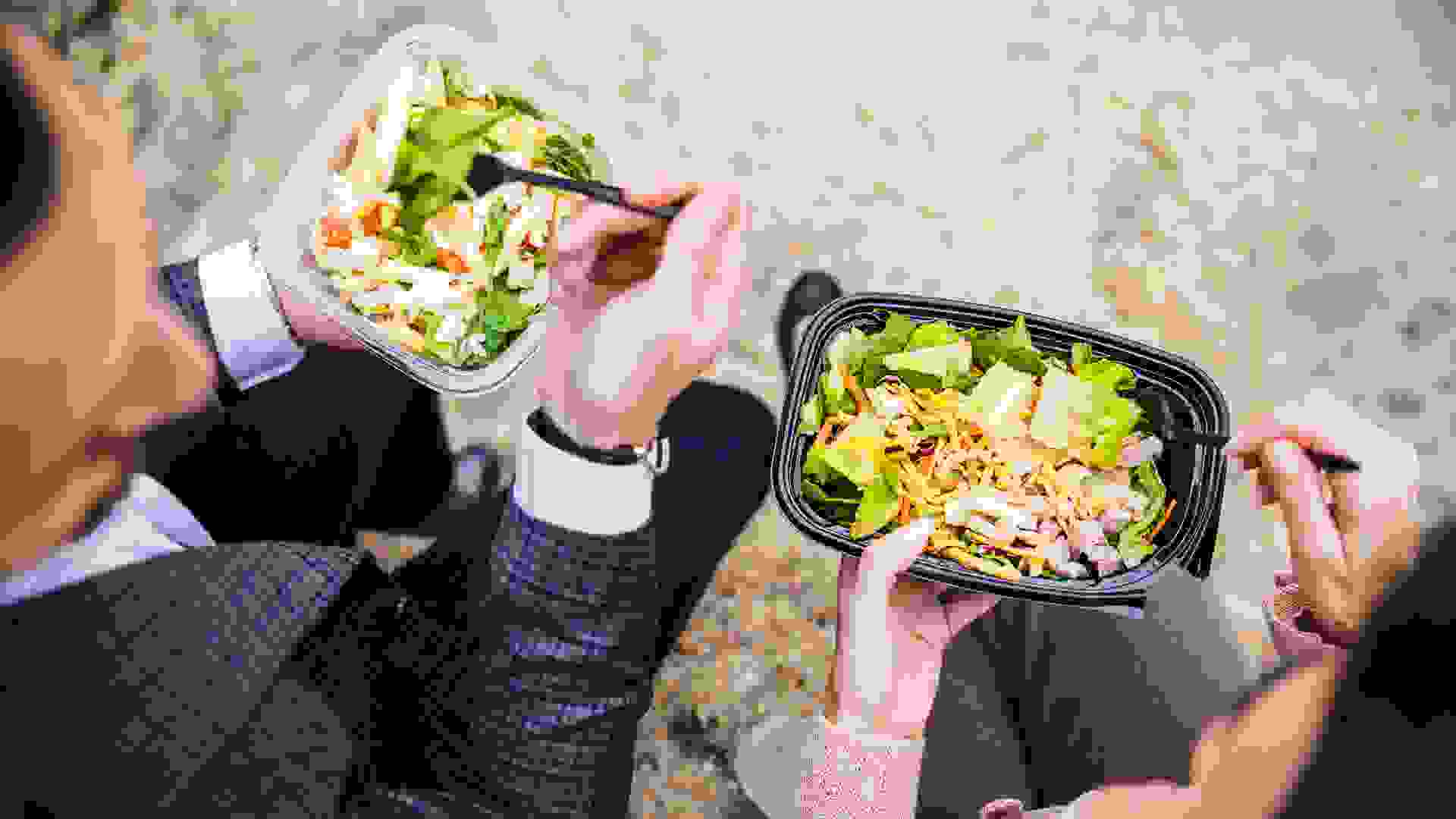 Packaged salads can be tempting; they serve as a way to eat healthy without any of the work. However, these salads may not be as good as you might hope they’d be. They are often not very fresh. Neither the greens nor the meat you get with them are exempt from this problem.

They may not be as healthy as that salad you were hoping to pick up, but Trader Joe’s does offer plenty of prepared foods in its freezer section that are worth a look. From frozen pizza to mac and cheese, there is plenty to like, and freshness isn’t going to be an issue. 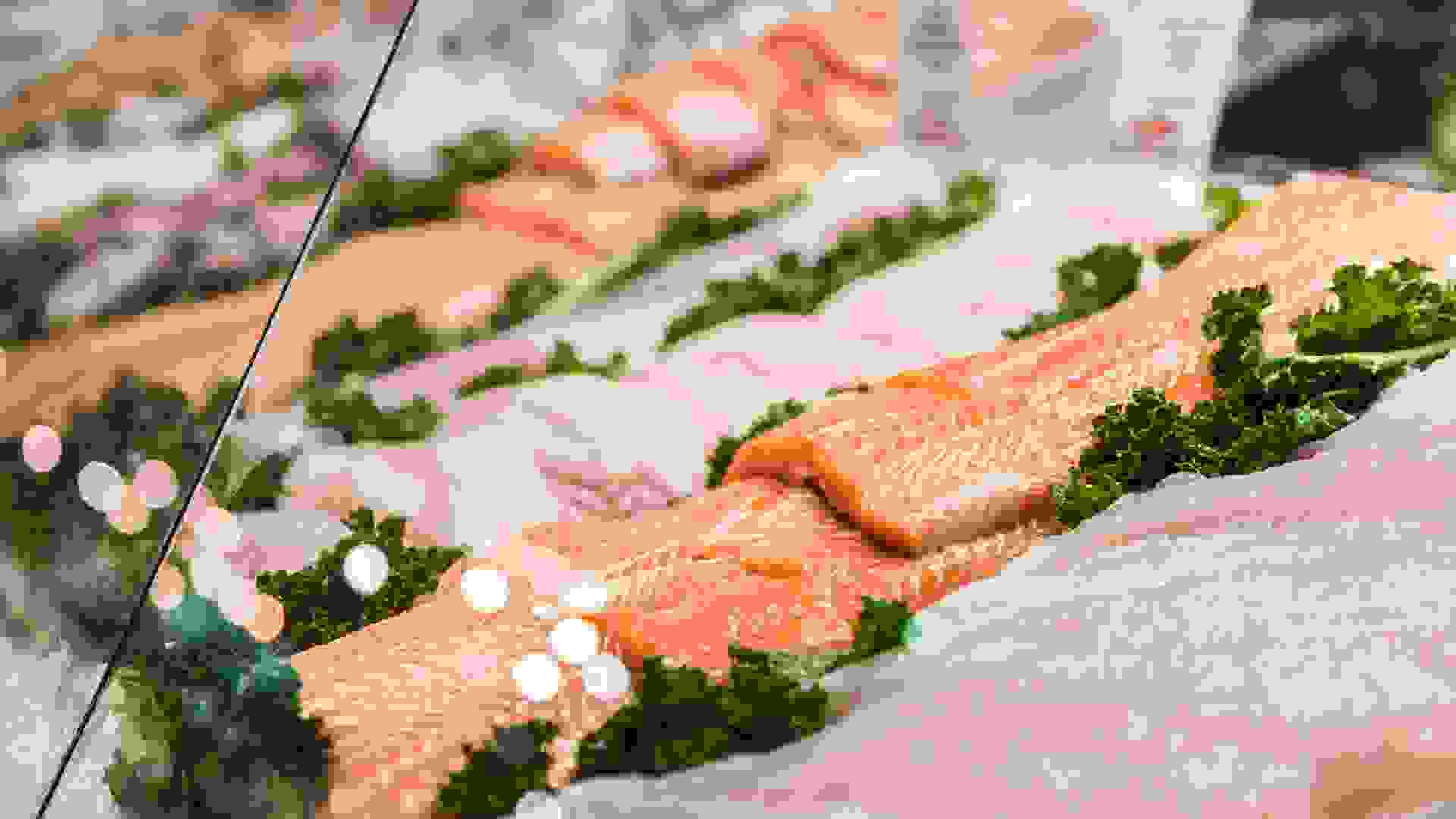 Love seafood? Many people do, but Trader Joe’s is likely not the best place to pick up your favorite deep-sea delicacies. The selection of seafood at Trader Joe’s is fine, but it’s pricier than you might find at other stores.

Orange chicken isn’t exactly a substitute for seafood, but if you want a good source of protein that is a better buy at TJ’s, try its orange chicken. It’s priced at $4.99 and is also a favorite of many Trader Joe’s shoppers. 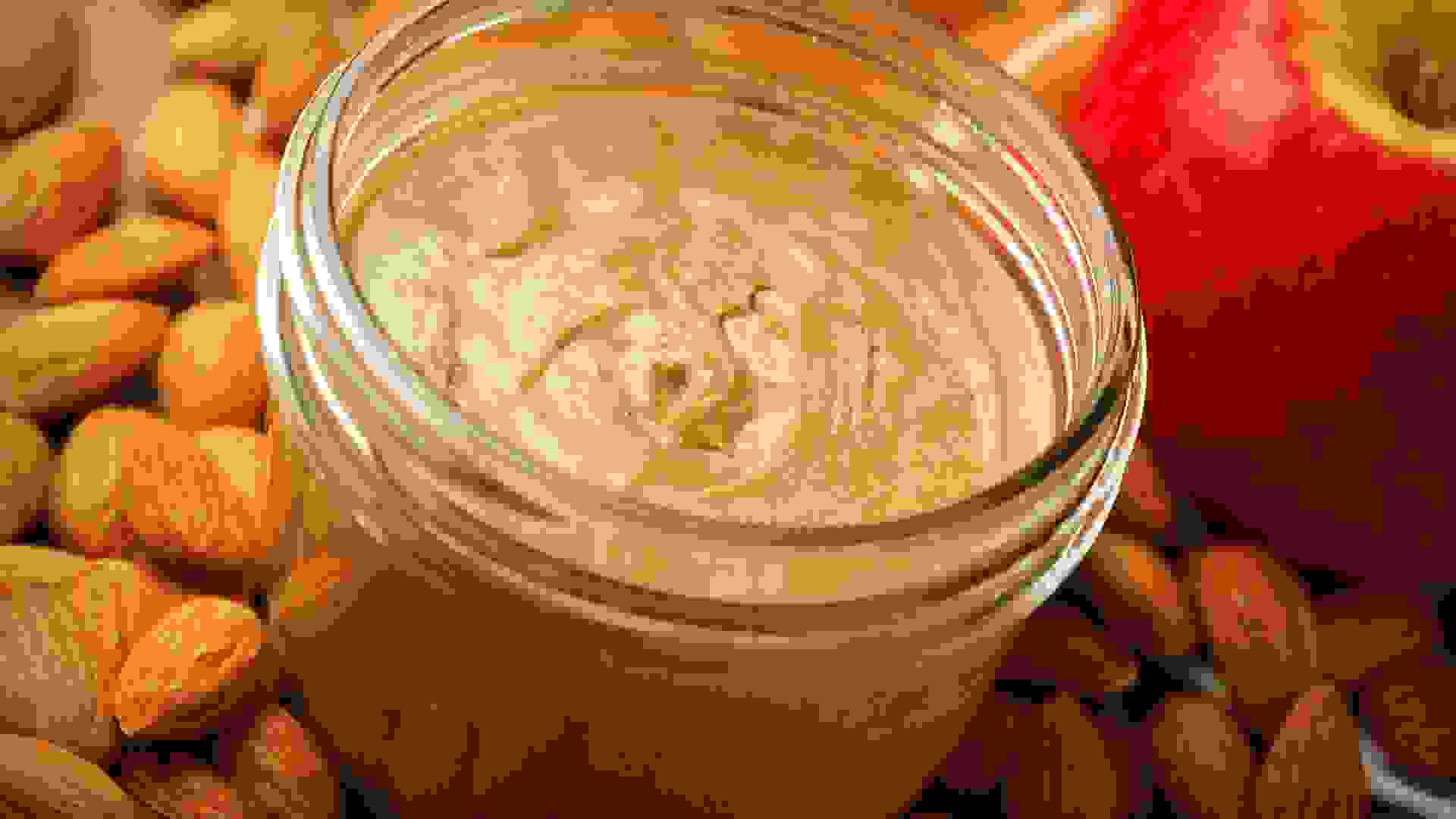 Almonds might be a good deal at Trader Joe’s. Unfortunately, that doesn’t quite hold true with its spreadable counterpart. Indeed, a 16-ounce jar of almond butter costs $7.99. At that price, you’re better off looking elsewhere.

Almond butter is usually seen as an alternative to peanut butter and not the other way around. But at TJ’s, if you’re thinking about picking up some almond butter, consider peanut butter instead, if you can. It’s just a fraction of the price at $2.29 for 16 ounces. 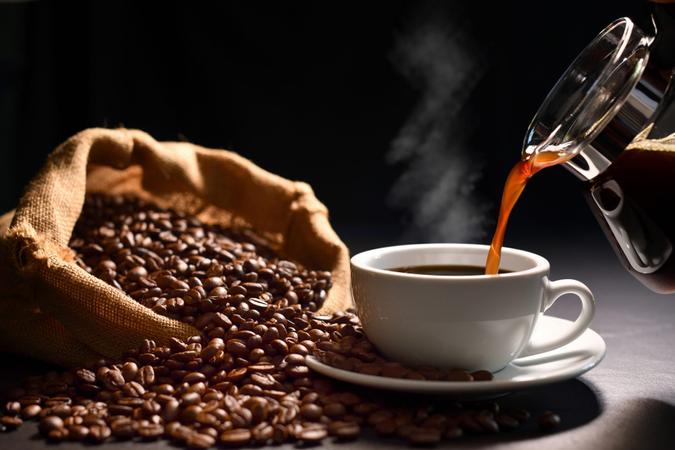 National Coffee Day Is September 29 — Here’s Where to Get