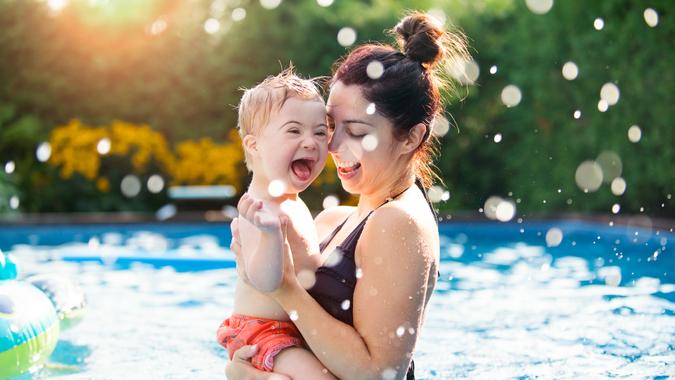 If you’ve paid attention to the stock markets this year, you might have noticed that one of the big gainers has been Pool Corp. (POOL), a Louisiana-based distributor of pool supplies and equipment that has seen its share price rise by about one-third in 2021.

See: Is a Pool a Good Investment?
Find: How Much It Costs to Do a Kid-Friendly Backyard Upgrade

That’s not a coincidence. Pool Corp. and other companies that make their money off of the U.S. residential swimming pool market have seen a big uptick in business as the industry benefits from a number of trends — some that date back decades, and some that took hold during the COVID-19 pandemic.

As ConsumerAffairs noted last week, spending on residential pools rose significantly during the pandemic as many Americans were forced to enjoy more leisure activities at home. The number of new in-ground pools installed across the U.S. in 2020 rose 21% from the prior year, according to data from the Pool & Hot Tub Alliance, an industry trade group, cited by ConsumerAffairs. Warm-weather states such as Arizona, Texas and Florida saw permits rise by 30% or more, MarketWatch reported.

“This is historic growth for the industry,” PHTA spokesperson Janay Rickwalder said in an interview with MarketWatch’s The Escape Home newsletter. “The next closest growth period was in 1983 with 16% growth over a much smaller base.”

See: 20 Home Renovations That Will Hurt Your Home’s Value
Find: The Best Budget-Friendly Staycation Ideas We’ve Seen During the Pandemic

This is all good news for retailers and distributors such as Pool Corp. and Leslie’s. Pool Corp. saw its first-quarter net sales rise by 57% from the previous year, while earnings per share more than tripled. The company raised its full-year earnings guidance following the Q1 report. Leslie’s, a Phoenix-based retailer of pools and pool supplies, also raised its full-year guidance after logging a 52% sales gain for its fiscal second quarter.

Randy Budd, owner of Budd’s Pools & Spas in Woodbury, N.J., told the Philadelphia Inquirer in April that “this is the biggest demand we’ve ever seen for our products in recent memory.”

Not all of the demand is driven by current trends. As CNBC noted last week, the swimming-pool industry has benefited from a decades-long trend of more Americans moving to warmer states and suburban neighborhoods.

See: Americans Are Moving Into Larger, More Affordable Homes, According to Zillow
Find: The Hidden Costs of HOAs

But there is one big difference this go-round: a shortage of swimming pool supplies. This includes chlorine tablets, which saw supply decline sharply following a fire at a plant in Louisiana.

“The industry is experiencing unprecedented shortage in every component almost of what we sell and build while the demand is there,” Budd said.

St. Cyr Pool & Spa in Middleton, Mass., whose chlorine supplier increased prices 50% for this season, has advice for consumers. First, consider alternative sanitizers like UV and ozone systems that can reduce the amount of chlorine you need. The company also recommends buying all your chlorine at once, if you can, and replacing aging equipment like pumps and filters before they fail in case shortages make replacements difficult to find.