The Hidden Costs of HOAs 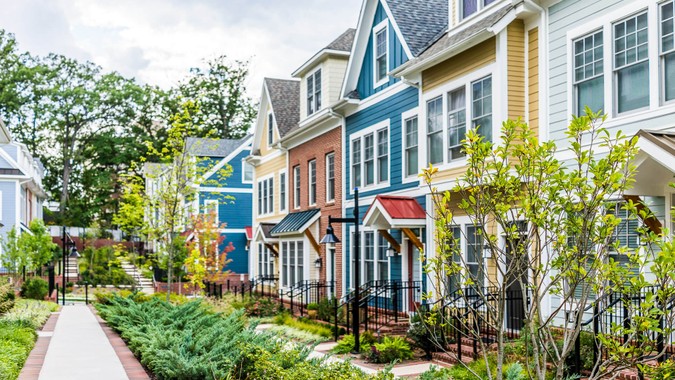 Homeowners’ Associations (or HOAs) are meant to maintain cleanliness, community utilities and a sense of order in a certain subdivision or neighborhood. Associations are able to do this by collecting a recurring fee those owning homes in the area pay. In exchange for use of community amenities and tree-trimming, however, you might also be giving up some freedom you thought was guaranteed when you owned a home.

Associations enforce rules on residents and gather money above and beyond the usual fee by collecting fines on violations. GOBankingRates tracked down a few of the hidden constraints an HOA might enforce.

Find Out: 5 Affordable Ways To Make Over Every Room in Your House

Having people over? Be careful where they park. HOAs often have rules about where guests can park and for how long. HOAs might even issue fees for guests to park. On residents’ cars, HOA boards have been known to ask people to park with their registration sticker visible to ensure the cars were registered with the DMV.

Some associations limit types of vehicles like RVs, trailers, and boats to keep up appearances within the community.

Learn More: Home Renovations That Will Pay You Back

When you bought property, you probably assumed your pets could come with you. This isn’t always the case. Some HOAs choose to put limits on how many pets you have and their size. Some might also prevent pets like mice, birds or reptiles.

Although most HOAs don’t limit pets altogether, it isn’t unheard of. More commonly, HOAs do put restrictions on where you can walk your dogs and whether they need to be leashed. However, HOAs do not have the ability to prevent service dogs.

Check Out: 26 Home Makeover Ideas That Each Cost Less Than $500

If you’re always wanted a pool or a yard with a picket fence, an HOA might stand between you  and your dreams. Typically, the associations decide on an aesthetic that the whole community abides by and anything outside of that enforced standard is not allowed. This can include things like fencing for privacy, planting trees, house color, political signs and even holiday decorations.

Additionally, pools, other water features, basketball hoops and extensive landscaping might be served an HOA fine as well.

Think About This: Renovations To Make — and Skip — Before Selling Your Home

Adding onto your house becomes a group discussion with some associations. Adding a story or knocking down a wall could be a disturbance to neighbors in some way. For some HOAs, home renovations need approval before they’ve begun. If you skip the approval process, you run the risk of having the association asking you to remove the addition.

If you’re having a party that goes past 10pm, some associations say neighbors have the right to complain to the HOA board, and you can receive a fine. These rules are usually enforced with “quiet hours” commonly observed as anything outside of 7am-10pm.

Avoid This: Why Paying for a Storage Unit Is Always a Terrible Idea

Although most of us have probably been taking out the trash since we were kids, some HOAs would insist we’re doing it wrong. Some associations demand trash be tied up or sealed, and cans for garbage and recycling be put in very specific places on the property.

Rules around trash are commonly enforced to prevent pest infestations or wild animals from getting in close quarters with homes.