5 Best Cheapest Pets for You To Own 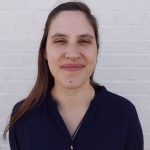 More Americans than ever before own pets. In fact, approximately 70% of U.S. households — or 90.5 million homes — have at least one pet, according to the American Pet Products Association. Forty-seven percent of pet owners have some type of debt related to pets, reported Forbes, citing data from the LendingTree Pet Survey 2020.

This isn’t too surprising considering that the cost of owning a pet increases every year due to rising prices for things like pet food, supplies, medication, insurance, training and veterinarian bills. The APPA revealed that in 2021, people in the U.S. spent over $123 billion on pet-related expenses, a $20 billion increase from the previous year.

The most popular pets to have are cats and dogs, followed by freshwater fish and birds. Yet there are more affordable options for those on a budget.

The cost of owning a pet ranges greatly based on the animal type. But the pets that cost the least tend to be easy to care for and don’t require many trips to the veterinarian.

If you’re ready to get a pet but don’t want to spend a lot of money on pet-related supplies, here are the five cheapest options, according to Cheapism:

If you’re a new pet owner, calculate how much your pet will cost beforehand. The largest expenses tend to be food and treats, supplies and over-the-counter medicines. But as GOBankingRates recently reported in its financial guide for new pet owners, veterinary care and services such as boarding and licensing also add up.

Angela Mae is a personal finance writer specializing in consumer loans, debt management, investing, retirement planning, and financial literacy. She comes from a journalistic background and pulls from hands-on experience and deep-dive research to breathe life into her stories. Her goal is to help others achieve financial stability and independence. When not writing, she can be found traveling, honing her yoga skills, hiking, or exploring new means of healthy, sustainable living.
Learn More