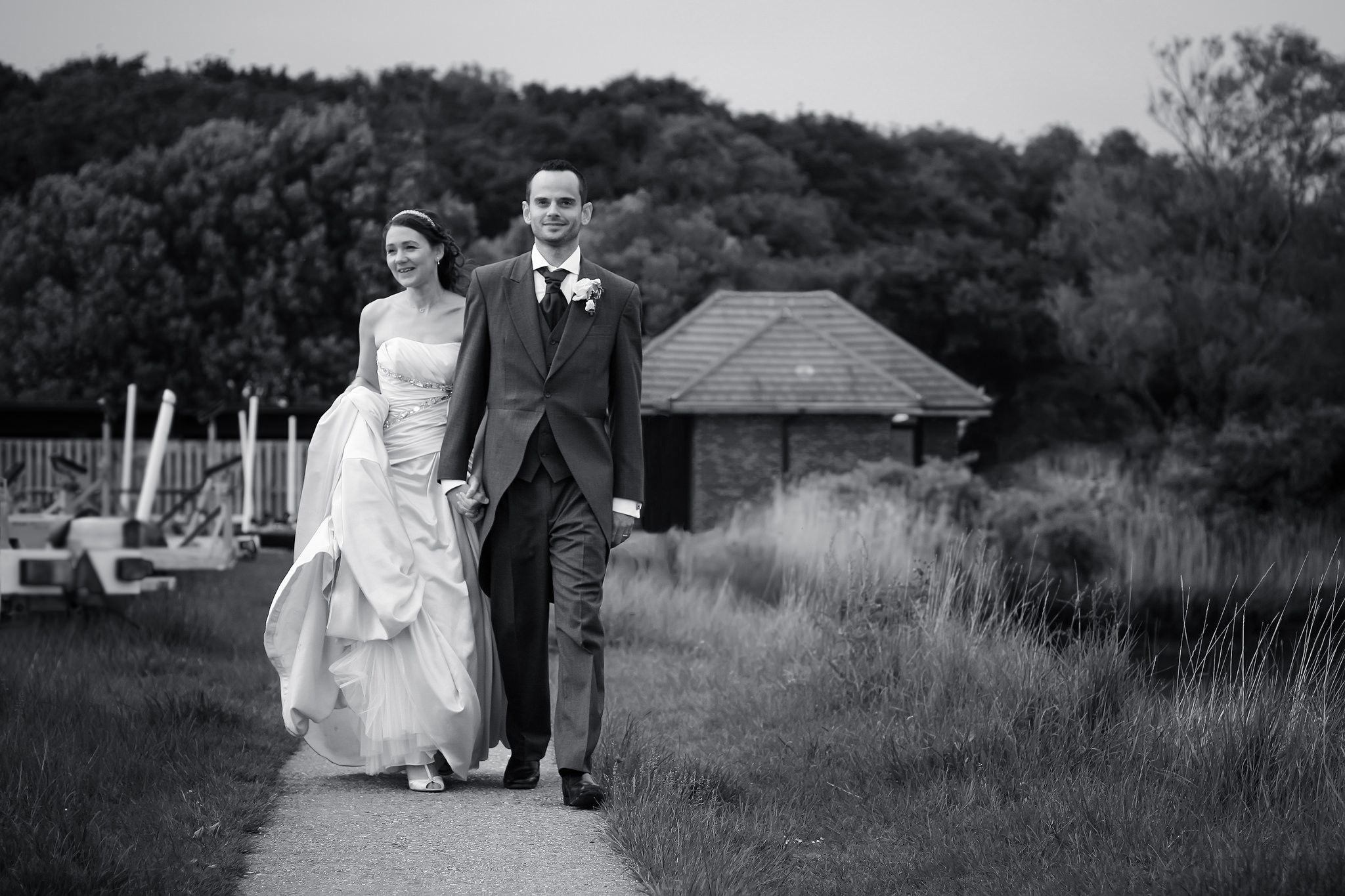 In “Now I Pronounce You Chuck and Larry,” the two main characters are straight firefighters who enter into a domestic partnership to get the tax benefits. At the time, this concept seemed fairly ingenious, but that was 2007 and this is now — a lot has changed. The Defense of Marriage Act was ruled unconstitutional, more than 30 states and the District of Columbia currently recognize gay marriage and many same-sex couples are finally enjoying the same federal rights as their married, straight counterparts.

But what about the couples that don’t want to get married at all or prefer to just live in cohabitated bliss with their partners? More than 1,000 laws provide legal and financial benefits to married couples, yet there are only a handful of states that even recognize domestic partnerships and civil unions, let alone extend benefits to those unmarried couples.

Read: Should I Buy a Home… With Someone Other Than My Spouse?

Civil unions were initially established by Vermont in 2000 to provide some legal protections and responsibilities to gay and lesbian couples at the state level. Even though they were first created to support same-sex couples, civil unions can also be entered into by heterosexual couples. Domestic partnerships are also another form of legal union under which both gay and heterosexual couples can formalize their partnerships. Both civil unions and domestic partnerships are only acknowledged at the state level (should the state choose to offer them) and both offer no federal protections.

Still, many states extend the same benefits to domestic partners as they do for married couples. For example, couples in California that register as domestic partners have the right to use employee sick leave for an ill partner or partner’s child, and have access to their partner’s health insurance, unemployment insurance and disability insurance coverage. Still, the protections and responsibilities under domestic partnerships and civil unions vary greatly from state to state. For example, in some states a legal union is merely a written acknowledgement of a couple’s commitment to each other and does not guarantee any rights, and the domestic partnership laws within another state may only apply to same-sex couples, not heterosexual ones.

Related: The Most Effective Budgeting Tip for Unmarried Couples

Traditional marriage is the only form of legal union that is recognized at the federal level. When you get married, you have an onset of obligations and rights protected by federal law: inheritance, hospital visitation and medical decisions, to name a few. Married couples also face a variety changes to the laws regarding taxes, joint property, debt, health care access and rights to retirement funds.

For any couple considering a legal union, there are many important distinctions between marriage and domestic partnerships to consider, including major financial implications — and it’s important to understand the differences. Here are some of the major issues to consider.

Thanks to both federal and state tax laws, married couples can save thousands of dollars by filing jointly instead of separately. Couples in a domestic partnership don’t get these savings; they can’t file joint federal income taxes because their union is not recognized at a federal level. How much a married couple can save on taxes is dependent on many factors, but the Tax Policy Center has a “Marriage Bonus and Penalty Tax” calculator to help you figure out how a marriage might affect your tax payments.

In general, many married couples can benefit from a “marriage bonus” off their combined income. For example, when the incomes of the two spouses are vastly different, the higher earner’s income gets moved into a lower bracket and the couple pays less income tax. This advantage is most common when one spouse stays home, works part time or doesn’t make a high income.

Still, some married couples are hit with what’s known as the “marriage penalty,” which occurs when a married couple’s incomes pushes them into a higher tax bracket, resulting in more tax on their joint income. Couples in domestic partnerships or civil unions cannot file joint federal taxes, so they aren’t affected by this penalty. But as a way to close this “tax shelter,” certain states — like California — require domestic partners to file jointly for state tax purposes.

Because domestic partnerships are only recognized at the state level, couples in these unions are not entitled to survivor Social Security benefits or other federal benefits that married couples receive. Only legally married couples can receive survivor benefits. Even married couples that divorce can collect spousal benefits based off their ex’s earnings if they pass away.

Another change: The owner of the retirement account may take out a hardship withdrawal for events that occur to a non-spouse. So, if the domestic partner falls ill and incurs substantial medical bills, the retirement account participant can elect to take a hardship distribution to pay for those expenses. Because of this change, domestic partners can now better support each other financially when disaster strikes.

Domestic partners are not always automatically covered under one partner’s health insurance plan — it really depends on the individual state’s laws and/or employer’s policies. While the rate of large employers who offer benefits to domestic partners is up 180 percent from 2000, there is still a huge disparity between the coverage provided to married couples and domestic partners — and even between same-sex and opposite-sex domestic partners.

There are also major tax implications for workers who do not have access to dependent care for their domestic partners. Usually, health benefits are paid on a pre-tax basis and employees could be eligible for access to flexible spending or health savings accounts. These benefits drastically reduce the household’s taxable income, which is a huge financial benefit to married couples. (Remember: Domestic partners cannot file federal joint taxes, so they don’t get this benefit.) If domestic partners need to pay for health coverage out of pocket, they will not get the same tax benefits — health care payments are made after the income is taxed.

Even if an employer does offer health care coverage for domestic partners, the benefit can be recognized as regular income, which increases the couple’s tax burden. The couple is also ineligible from using flexible spending or health savings accounts to further reduce their taxable income. These additional costs can have a severe impact on a couple’s take-home pay and health care coverage.

Laws that dictate property ownership and “the right to survivorship” automatically protect married couples. The rules can vary state-by-state or even marriage-to-marriage, especially if the couple has a prenuptial agreement or a will, but joint property usually transfers to the surviving spouse when their partner passes away.

This is not the case for domestic partners. In the eyes of the federal government, the surviving domestic partner does not receive a portion of the partner’s property unless they have a will or Domestic Partnership Agreement, a document that delineates which property is shared and which isn’t, and how property will be divided if necessary. Couples in a domestic partnership need to plan their estate very carefully if they want to gain the same benefits and rights as married couples. Divorce laws also don’t protect domestic partners, so a DPA can settle many financial, property and support issues that come up when a relationship ends.

Married couples are financially responsible for each other, both during the relationship and after it ends. For example, if one spouse racks up credit card debt during the marriage and then the relationship ends, the court can order the partner to pay half of the debt.

Related: Should You Ever Pay Your Significant Other’s Debt

Domestic partners might not be covered under this responsibility. For example, if one partner takes out a loan and fails to pay, the bank might not be able to come after the other partner for payment. And if the relationship ends, the court might not order the other partner to pay the debt because domestic partners are not always financially responsible for one another by law (though they are in some states).

Unmarried couples also aren’t allowed to file for joint bankruptcy, which can impact their joint property and debts. There are exceptions made by the courts to protect the other partner’s assets during bankruptcy, but domestic partners face additional liabilities that married couples don’t. 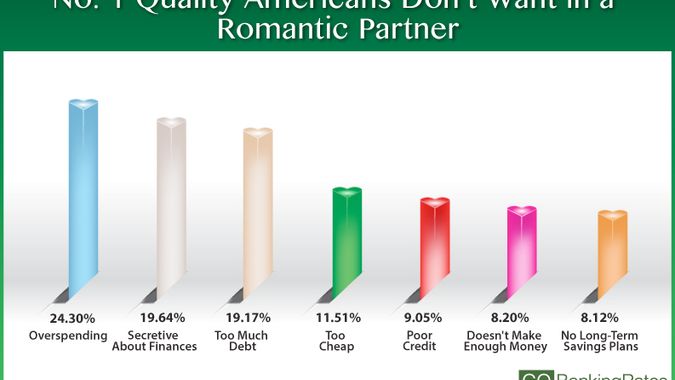 Poll: What Are Americans’ Biggest Financial Dealbreakers in