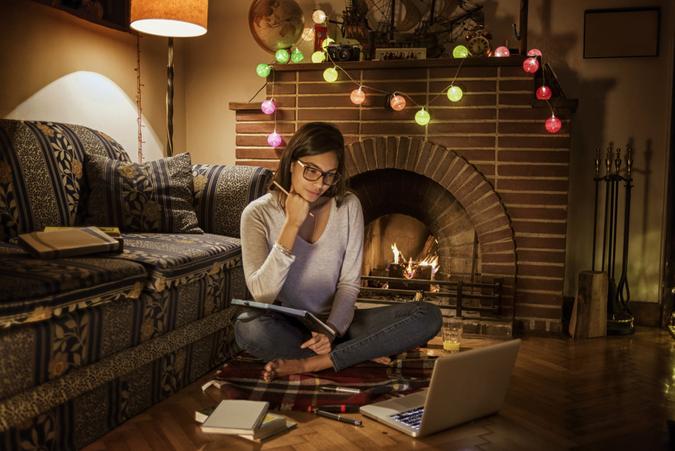 It’s that time of year when we raise glasses of bubbly and resolutions are bountiful. And this year – more than exercise, punctuality or other typical New Year’s goals – we’re dedicating ourselves to fixing our money woes. A full 51% of Americans are specifically making financial resolutions for 2021, according to a new survey from MagnifyMoney — up from 47% a year ago. Whether it’s in spite of the pandemic or because of it, an entire nation is focusing on what’s in their wallets.

See: 72% of Americans Believe in a Better 2021 After a Year in Financial ‘Survival Mode’
Explore: These New Year’s Resolutions Can Save You $1,000 or More

Among those planning a 2021 money resolution, about half said they want to reduce debt or become debt-free, according to a MagnifyMoney survey. Here’s the full list:

New year's resolution is to claim cashback on EVERYTHING. It's one of those things I always forget about, but it's essentially free money!
— Jatie (@intosilence_) December 28, 2020

See: How I’m Sticking to a Budget and Spending Less During COVID-19
Explore: How Spending Money in These 10 Ways Will Actually Make You Happier

Of course, the pandemic and its continued economic effects are on everyone’s minds. According to the survey, 59% of those who will set a resolution cite the pandemic’s ongoing financial impact as the top factor preventing them from achieving that goal. Other factors that might hinder the achievement of these financial resolutions include: emergency expenses that may come up (37%); not making enough money (22%); and inconsistent income (18%).

The survey also notes that 62% of those who set a 2020 resolution had to change it because of the pandemic — in large part due to changes in their job status: whether due to lay offs or being furloughed, or because of reduced salary or hours.

On the other hand, the survey also notes that 43% said the pandemic helped their ability to achieve their 2020 resolutions by saving more money through reduced spending, economic impact payments and enhanced unemployment benefits.