I’ve been writing about personal finance for 15 years and have done a pretty good job of practicing what I preach. But that doesn’t mean I’ve always been perfect when it comes to managing my money. In fact, I’ve made my share of mistakes.

To my credit, my biggest financial missteps were made before I starting writing about personal finance. Like many Americans, my financial knowledge was lacking. I wouldn’t say I was financially illiterate — which, unfortunately, 43 percent of Americans are, according to a recent survey by Standard & Poor’s Ratings Services. But, I didn’t learn anything beyond the basics of money until I became a personal finance reporter.

I’m grateful I’ve had the opportunity to interview numerous financial experts over the years because it has allowed me to improve my understanding of money matters — and fix my past money mistakes. Hopefully, by sharing my financial slip-ups, I can help you avoid making similar ones or at least repair the damage that’s already occurred. 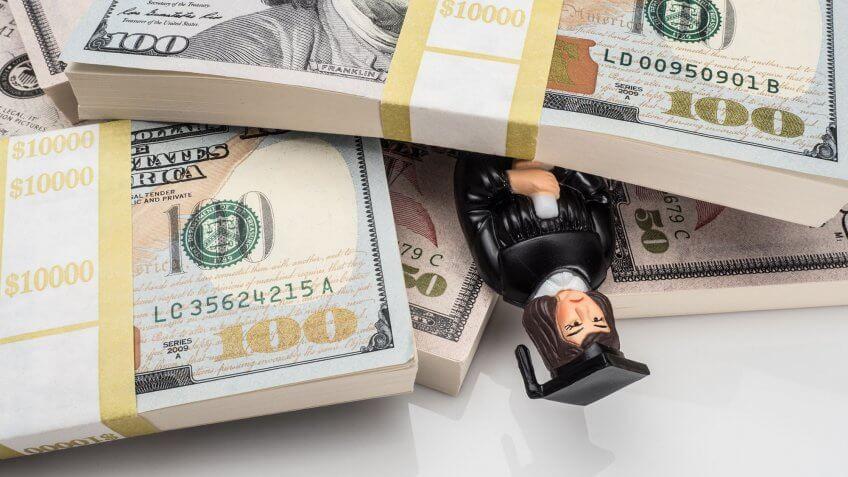 After working for several years as a journalist writing about a variety of topics, I landed a job in 1999 as a reporter for Dow Jones Newswires. It was there that I got my introduction to the world of business journalism. I realized it was a good field to be in because the pay was better than other areas of journalism, and there was less competition for jobs — most people who go into journalism are more interested in words than numbers.

I happened to be one of those journalists without a strong background in business or finance. In fact, I hadn’t taken any courses in these subjects in college. So, I decided I needed to advance my knowledge by getting a master’s degree.

Ironically, one of the key reasons I became a journalist was because it’s a field that doesn’t require an advanced degree. But there I was, applying to American University’s graduate program, which would allow me to specialize in economic journalism.

Fortunately, I was awarded a fellowship that helped cover the cost of tuition — but only about half of it. Plus, I was in Washington, DC, where the cost of living was — and still is — high. So, I took out federal student loans to fill the gaps — about $56,000 total.

What I didn’t consider when I returned to school was what the payoff would be. I assumed a master’s degree in economic journalism would boost my marketability, but I didn’t do any research to find out whether it would translate into a bigger paycheck after graduation. Unfortunately, it didn’t.

I got a job with the same pay I was earning at Dow Jones Newswires. And the amount I owed in student loan debt was more than my annual salary. 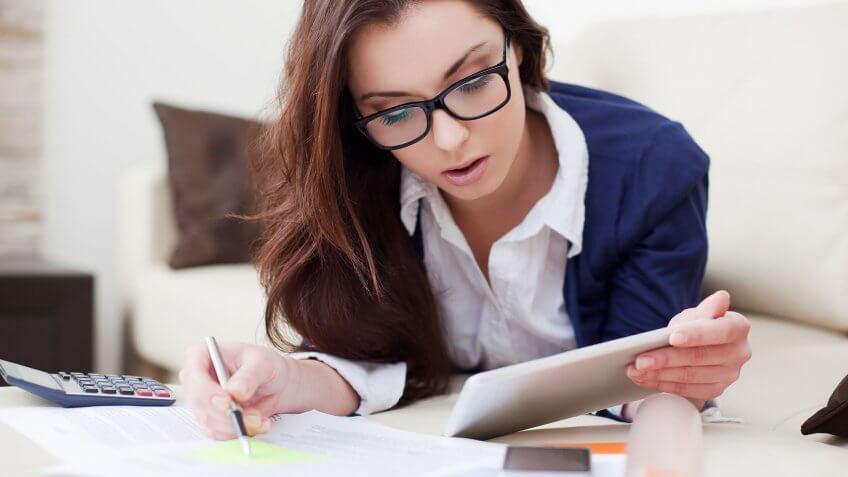 How I Bounced Back From Student Loan Debt

That job I got after graduate school was at Kiplinger’s Personal Finance, and it launched my career in personal finance journalism while helping me discover a strategy to lighten my debt load. Through reporting, I learned about student loan consolidation.

At the time I graduated, the interest rate on Federal Stafford Loans — now called Direct Loans — was variable. I was paying close to 7 percent. When the interest rates fell a couple of years later, I consolidated my graduate student loans — in other words, refinanced them — and locked in a rate of about 3 percent.

Doing this saved me thousands of dollars over the life of my loans. And my monthly payment of about $240 was manageable. Plus, I took advantage of the student-loan interest deduction every year when I filed my federal tax return, something that helped lower my taxable income.

Even though I softened the blow of that student loan debt, I still regret that I borrowed money to attend graduate school. At least I should’ve continued working part time to avoid taking on so much debt. But what I really should’ve done was weigh the costs of graduate school versus the benefits before enrolling. The program was great, but I’m not sure it was necessary to advance my career. And it’s part of the reason I’m playing catch-up with retirement savings, which leads me to my next regret… 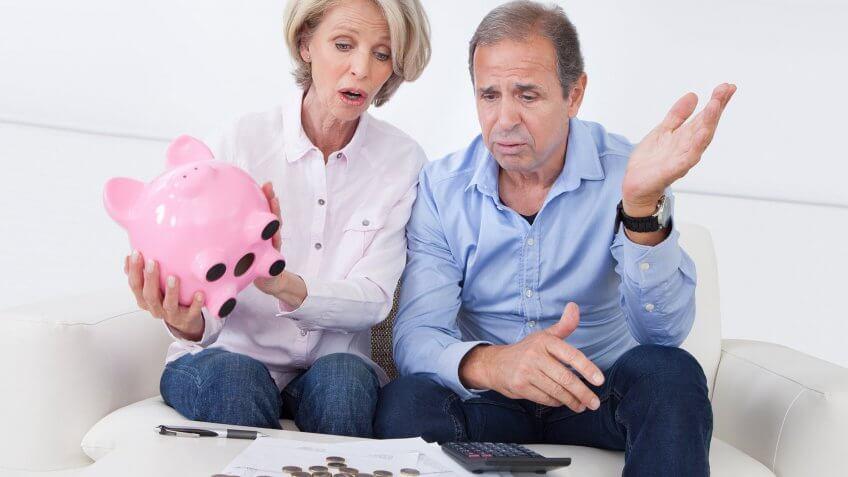 I Didn’t Save Enough for Retirement at a Younger Age

I’m not going to lie: I did a terrible job of saving for retirement during my 20s. I wasn’t earning much, so I didn’t think I could afford to set much aside. While I was in graduate school, I didn’t save anything. And I even cashed out one of my 401k accounts when I left a job.

I don’t remember the amount, but it likely wasn’t much. Still, this was a mistake because I could have rolled the money over into an IRA, where the balance could have continued to grow. Instead, I paid income taxes on the withdrawal and a 10 percent penalty for cashing out my 401k before age 59 ½.

I made a big mistake by thinking that I had plenty of time down the road to save for retirement. The fact is, the younger you are when you start saving, the less you’ll have to set aside each month to accumulate enough for a comfortable retirement.

If I had contributed $250 per month to a retirement savings account from the time I was 22 until I started working at Kiplinger at age 28, when I got more serious about saving, I would have had nearly $22,000 — assuming a conservative 6 percent annual return. Over time, that amount would’ve grown even more. 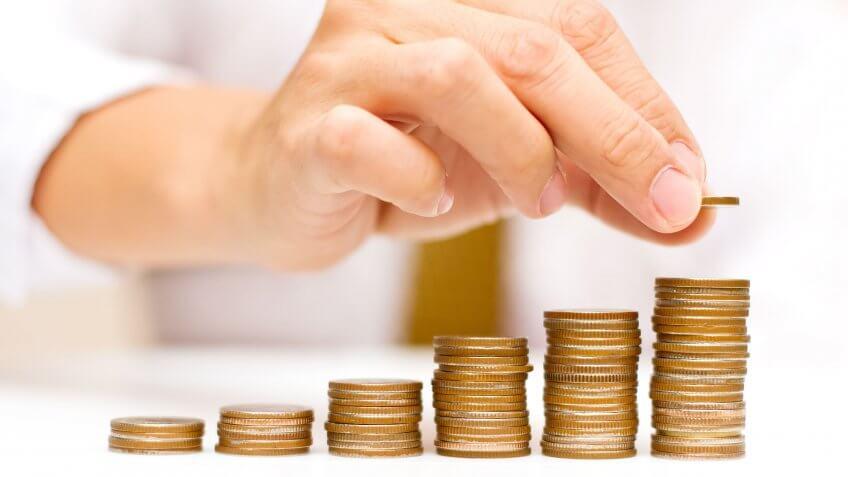 How I’m Catching Up on Retirement Savings

Fortunately, working as a personal finance journalist helped me recognize the importance of saving for retirement. When I left Kiplinger’s Washington, DC, office, and became a contract worker for the company, I rolled my 401k into an SEP IRA.

Financial planners typically recommend that workers save 10 percent to 15 percent of their annual pay in order to have enough for a comfortable retirement. But that’s assuming you start saving in your 20s. Because I’m playing catch-up, I contribute the maximum the SEP IRA allows — 20 percent of my income.

Although I could’ve accumulated a bigger nest egg by this point in my life if I had made saving a priority in my 20s, contributing as much as I can now is closing the gap.

Watch: 6 Ways to Motivate Yourself to Save More for Retirement 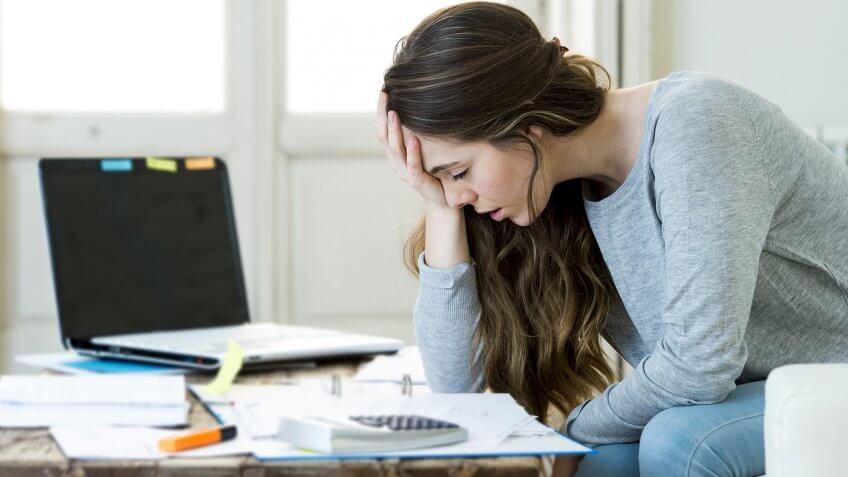 While I was in graduate school, my father died. My sister and I were the beneficiaries of his $50,000 life insurance policy and each received $25,000. I know what you’re probably thinking: She should’ve used that money to pay down her student loan debt. Well, I didn’t.

I used a couple thousand dollars of it to pay off credit card debt that I had racked up while in grad school — at least, that was a smart move. I used about an equal amount to pay for a cross-country road trip my husband and I took after I finished my master’s degree. But I have no idea where the rest of the money went.

Just thinking about this mistake makes me want to kick myself. I could have paid off half of my student loans. I could have invested the money. I could have set it aside in savings for a down payment on a house. There are so many smart things I could have done with that windfall. But I wasted it. 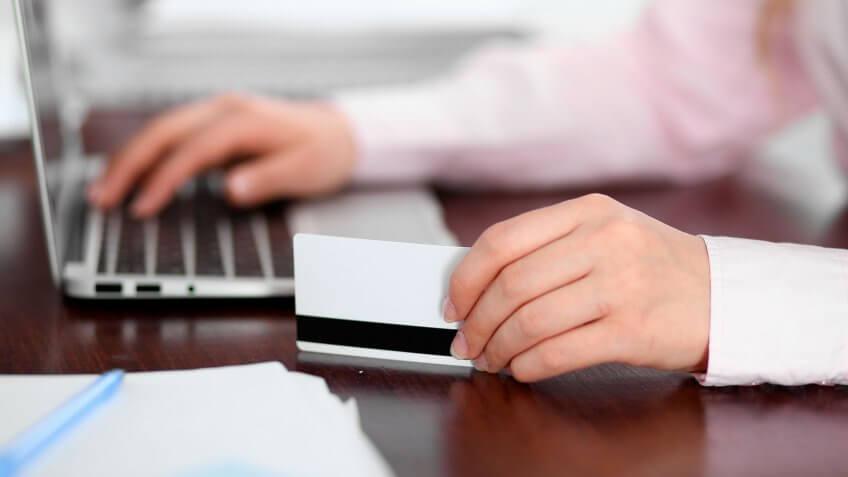 What I Learned From Blowing My Windfall

I’m not sure you could say that I bounced back from this mistake. But I certainly learned from it.

This was the only substantial windfall I’ve ever received. But every small windfall that I’ve gotten since then — such as tax refunds and bonuses from work — has been put to good use. Extra cash has been used to make bigger loan payments to wipe out debt faster or been put into savings.

And when one of my cousins recently called to ask what to do with a windfall she received, my advice was not to blow it as I did. I told her to save it — which she did by opening college savings accounts for her children and setting aside some for her retirement.

Although I regret all of these money mistakes, I did learn from them and bounce back. The way I did it was by educating myself about personal finance. I had the benefit of a job that required me to have knowledge of the subject. But with so many resources — from personal finance websites and publications to free credit counseling services and workplace financial planning benefits — anyone can learn the basics of money management, fix previous mistakes and get on the right path financially.

Up Next: 11 Common Money Mistakes People Make in Their 40s 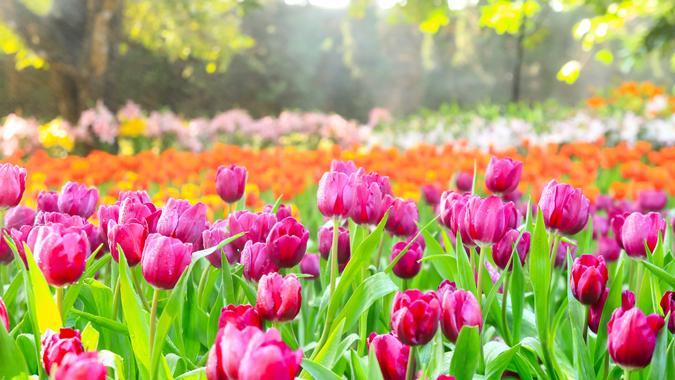 10 Ways to Save Money in April

April is a prime month to save on everything from utilities to flowers.