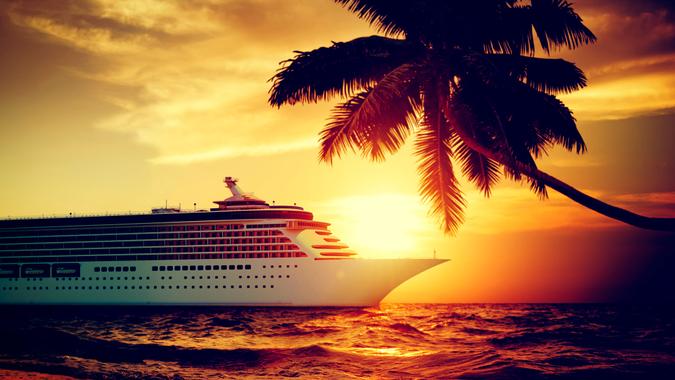 Travelers itching to hit the road after two years of COVID-19 restrictions might want to hit the water instead. Cruise operators are cutting their prices this year as full fleets have finally returned to the seas, giving many vacationers a way to avoid surging air fares and hotel prices.

Nearly 2,000 cruises have been priced at less than $100 a day for an interior stateroom through the end of the year, The Wall Street Journal reported, citing data from fare tracker Cruise Sheet. That includes 53 cruises that cost less than $50 a day. All prices include taxes and port fees.

As the WSJ noted, an inside cabin on a five-night July cruise to the Caribbean, Bahamas or Bermuda costs an average of $619 a person not including taxes and fees, according to Cruise Critic, a review site owned by Tripadvisor. That’s down from $684 a person the previous year.

Lower prices might look especially inviting to travelers who have seen the average daily rate for hotel rooms climb nearly 20% from pre-pandemic levels, and airfares rise in double digits.

The main reason cruises are cheaper than other vacation options is that there are a whole lot more cruises to choose from these days, giving consumers more options and forcing cruise lines to compete on price.

Cutting prices might also help cruise operators overcome one of the main hurdles to filling staterooms: vaccine and testing mandates that remain in place for most cruise lines. Lower the price enough, and many travelers might decide the tests and vaccines are worth the hassle. If you happen to live within a short drive of a major port, you can save even more money by not flying in.

Cruises are also a popular choice during times of high inflation because tickets are all inclusive — they pay for lodging, drinks, food, onshore excursions, entertainment, and, in some cases, even airfare. This means passengers don’t have to worry about how much money they’ll have to spend on hotels, dining or nights on the town.

Caribbean cruises are especially affordable this year, particularly if you can wait until the offseason starts in September. Demand typically drops at this time, pushing prices even lower.

You can also find good deals on routes that are usually expensive, such as cruises around Alaska or the Mediterranean. An inside cabin on a seven-night Mediterranean cruise costs $728 per person on average in July, according to Cruise Critic. That’s down from more than $1,000 a year ago.