Stimulus Alert: Is the Future of the Child Tax Credit in Danger of Massive Reduction? 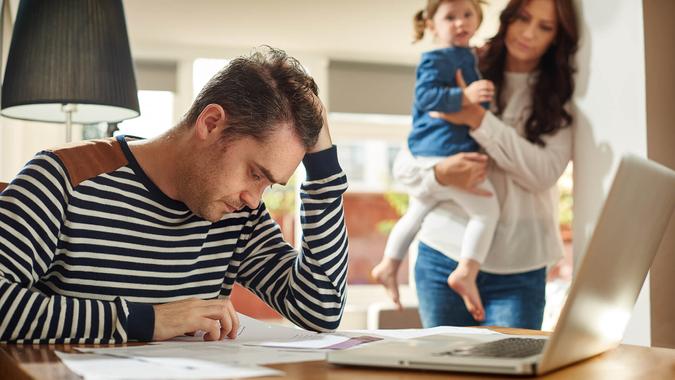 Several budgetary items and programs could be on the chopping block as President Joe Biden’s “Build Back Better Plan,” also known as the reconciliation bill, could be reduced from $3.5 trillion to roughly $1.9 trillion in order to pass by a simple majority vote. With an evenly divided Senate, the bill needs the support of every Democrat to pass, and some moderate Democrats have voiced objections to the hefty price tag. Unfortunately, among the costlier line items to be reduced, at an original cost of $450 billion, is the popular extended child tax credit.

LATEST POLL: How Do You Plan To Travel Over the Thanksgiving Holiday?
More: Target, Amazon & 4 More Retailers That Will Reward You for Turning in Your Old Stuff

The expanded CTC, which provided monthly advance payments of $250 per child 6 and over and $300 per child under 6 to qualified families, is set to expire in December 2021. The new legislation would have extended the program for four years.

However, now these benefits could expire in just one year. Some moderate Democrats are also discussing a “means test” for families to qualify for the credit. They could also reduce the family income cap to qualify from $150,000 for married couples — or $112,500 for a single head-of-household — down to around $60,000 per family. This is still well above the national poverty guidelines, even for a family of eight. Lawmakers have also proposed that a parent in the household must be working in order to qualify for the credit.

A study out of Columbia University discovered that, in its first six months, the advance CTC program reduced the child poverty rate by 25%, lifting more than 3 million children above the poverty level.

The U.S. Census Bureau’s Household Pulse Survey found that 55% of advance CTC recipients spent their money on food, 26% spent it on clothing for their kids and 23% spent it on school and after school costs.

The advance CTC is also helping middle income Americans create a more solid financial future for their children, some studies show. A survey from the Social Policy Institute, for example, discovered that 42% of parents said they planned to use some of the money to start or add to a college fund for their children.