Why You Should Start Thinking About Your Taxes in February 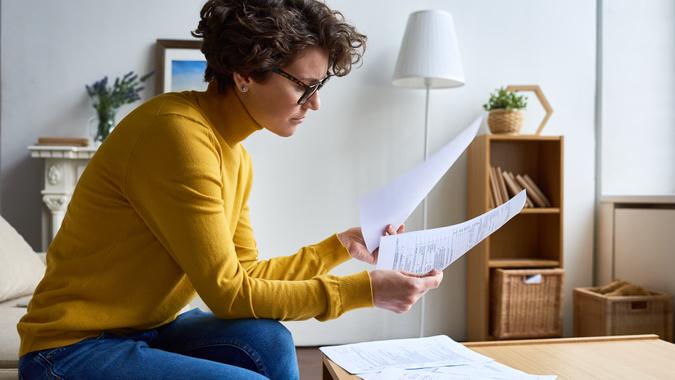 Unlike in years past, even the earliest of early birds had to sit on their hands until Feb. 12 before they could file their taxes this year. The IRS announced that would be the first day it would start accepting returns for the tax year 2020 — a full 16 days later than last year. Because of that delay, the COVID-19 crisis and the pandemic stimulus payments, it’s now more important than ever to get moving on your taxes in February.

Read: What Actually Happens If You Don’t Pay Your Taxes
Learn: Don’t Fall For One of the ‘Dirty Dozen’ Tax Scams

Most of What You Need Should Have Arrived

The best thing you can do every January is to gather and organize your tax documents as they trickle in — both in your mailbox and your inbox. This year, the IRS requires employers to file their W-2s and other wage statements by Feb. 1, which in 2021 was the first business day after the usual cutoff date of Jan. 31. As the shortest month of the year begins to unfold, you should have everything you need to get started early.

Whether You Realize It or Not, You’re in a Foot Race With Identity Thieves

The IRS allows just one set of tax returns to be filed per Social Security number per year. Identity thieves salivate all year long waiting for tax season — and for their chance to get their hands on some of the billions of dollars the IRS pays in fraudulent refunds to scammers. If you’re targeted for victimization, criminals can only snag your refund if they beat you to the punch and file first. As soon as you file your legitimate return, your Social Security number is no longer fair game for identity thieves.

You’ll Get Your Refund Faster

As previously stated, the IRS pushed back the start date this year by more than two weeks. While it has put procedures in place to speed up refunds, all that lost time will inevitably lead to a logjam of returns coming in that clog up the pipes and make it harder for the IRS to get refunds moving in the other direction. The IRS recommends doing your part to ensure a speedy refund first by signing up for direct deposit if you haven’t already and second by filing your returns as soon as possible after the IRS began accepting them on Feb. 12.

See: How To File Your Taxes Early — and Get Your Refund Faster

You’ll Leave Yourself Time To Adapt To Surprises

Some people might be unpleasantly surprised to learn that they’re not getting a refund at all and are instead being hit with a tax bill. The IRS has the right to legally intercept all or some of a refund if the tax filer defaulted on a federal student loan or failed to make child support payments. In other cases, an employer may have erred on tax withholdings, leaving the employee on the hook for any amount underpaid throughout the year. Either way, surprises can and do happen. By filing early, you’ll leave yourself as much time as possible to take inventory of what’s going on, call the IRS and challenge a decision if you think you have a case. If not, you’ll at least have time to save money, work out a payment plan and adjust your budget.