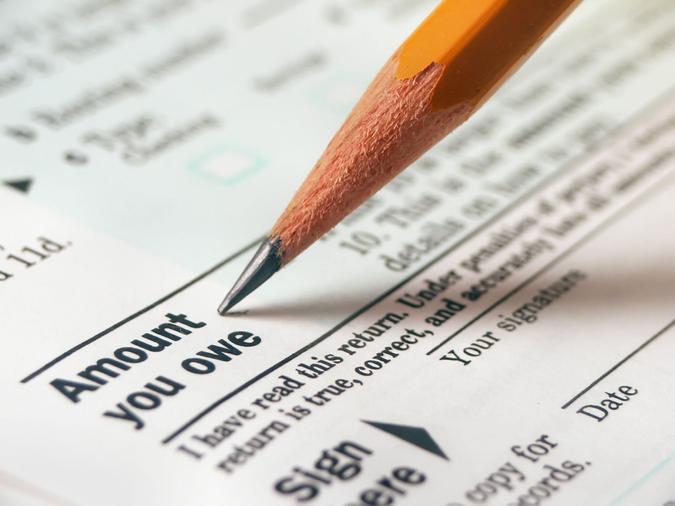 See: Child Tax Credit Payment Schedule Is Out Now – Here’s When You’ll Get Your Money
Find: Nearly Half of Wealthy Households Support Higher Taxes, According to Millionaire Survey

The tax gap is the difference between what Americans owe in taxes and taxes paid on time. Over the past 30 years, the Internal Revenue Service estimates that the tax gap has fluctuated between 15% and 18% of total tax liability, according to the Tax Policy Center. The most recent tax gap report was released in 2019, covering tax years 2011 to 2013, with an average annual gross tax gap of $441 billion. CNBC also noted that for 2019, the estimated gross tax gap is around $580 billion.

“A larger tax gap generates the following results: higher tax rates elsewhere in the system, lower revenues to fund the nation’s fiscal priorities, or higher budget deficits and larger amounts of federal debt,” Mazur explained in a testimony to the Subcommittee on Oversight and Subcommittee on Select Revenue Measures, as reported by CNBC. “Extensive and persistent non-compliance also undermines confidence in the fairness of our tax system.”

He blames the limited budget of the IRS for the widening tax gap. In his testimony, Mazur explained that IRS funding has decreased by 20% over the last decade, reports CNBC.

“The IRS has had insufficient resources to meet enforcement and administrative challenges and to deliver customer service to taxpayers,” said Mazur.

See: IRS Announces it Will Automatically Correct Tax Returns for Unemployment Tax Breaks
Find: Earn Under $75K? You Might Pay Nothing in Taxes Next Year – But There’s a Catch

The White House has proposed a multiyear funding stream of almost $80 billion in resources to the IRS over the next 10 years. President Joe Biden has also proposed upgrading IRS technology and improving information reporting through third-party reports, reports CNBC.

CNBC also added that according to the Treasury Office of Tax Analysis’ estimations, these initiatives would raise roughly $700 billion in additional tax revenue over the next decade.