Confused by Your IRS Installment Payments? You’re Not Alone 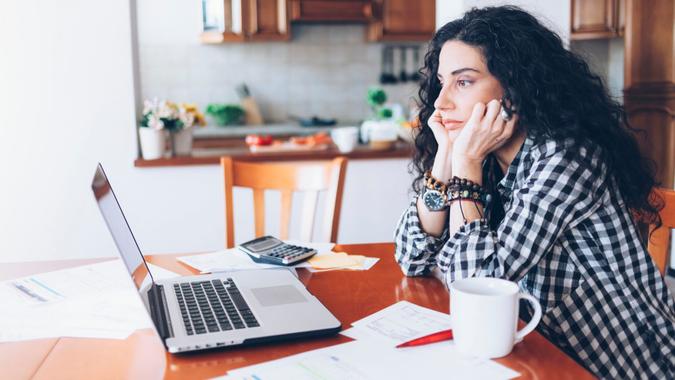 For many people facing back taxes or unpaid federal tax debt, a partial pay installment agreement (PPIA) is one solution. PPIAs spread out payments over time, based on how much the taxpayer can reasonably afford to pay each month.

Gas Stimulus: Live Blog Updates
Find: Do Social Security and Medicare Taxes Wind Up Being Worth It? Crunch the Numbers

However, a recent evaluation and final audit report completed by the Treasury Inspector General for Tax Administration (TIGTA) found that the administration of PPIAs needs improvement. The first paragraph of the report states that “the IRS has not provided taxpayers with adequate information on PPIAs on its public website or with the instructions pertaining to the form used to request an installment agreement.”

During its review, the TIGTA also found other problems with the PPIA process that could be increasing the percentage of defaults on the arrangements. The study found that 23% of people default on their PPIA, compared to 9% who default on other installment agreements. This could be due to the IRS establishing agreements that taxpayers cannot afford.

Meanwhile, TIGTA found that many cases closed as “currently not collectible” could actually be better served through a PPIA.

To make it easier for taxpayers to request and apply for a PPIA, the report says, the IRS should inform taxpayers of the availability of a PPIA as an option on their public IRS website, as well as in collection notices.

Additionally, the TIGTA recommended that the IRS collaborate with the Taxpayer Experience Office and the Taxpayer Advocate Service to explore additional changes to IRS Form 9465, the Installment Agreement Request.

Until changes are made, taxpayers should understand that if they cannot afford to pay the necessary installment agreement, they should suggest an amount they can afford to pay (on a monthly basis) in box 11a of the Installment Agreement Request. The taxpayer should be prepared to undergo a financial analysis by the IRS to determine if that number is fair and accurate.

Learn: Top Tips for Painless Tax Prep
Explore: Bitcoin and Crypto Taxes in 2022: What You Need To Know

If you’re facing tax debt, you may want to speak with a tax professional or tax lawyer before applying for a PPIA on your own. The TIGTA audit report is a first step toward simplifying the process of applying for a PPIA, but it could take time for the IRS to implement the changes suggested.