How President Joe Biden’s Tax Plan Could Affect You 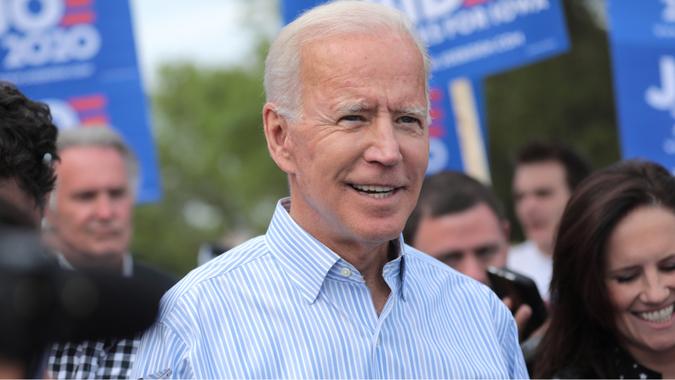 Taxes go to the forefront for Americans at the start of every year as their W-2 and 1099 forms arrive in the mail for the upcoming tax season. And now, as President Joe Biden has taken office, it’s reasonable to ask what we can expect from his administration when it comes to taxes. Will he work with a Democrat-controlled Congress to change portions of the Tax Cuts and Jobs Act of 2017? Will he expand tax credits for certain groups of Americans, such as the elderly? And what will happen to tax benefits when it comes to retirement accounts?

Other Issues: What a Biden Presidency Means for Your Wallet

Biden’s tax policy is based on his belief that the 2017 tax act benefited the wealthy and corporate taxpayers at the expense of others, and it’s expected he’ll get to work immediately to change portions of the act signed by then-President Donald Trump.

With that in mind, here’s what to expect with Biden as president.

The Tax Cuts and Jobs Act of 2017 made several changes to the tax code that affected American families. This included expansion of the standard deduction and child tax credit, doubling of the estate tax exemption and reform of the alternative minimum tax. It also reduced taxes for the highest earners and corporations — the first areas Biden is expected to target.

What Do You Need To File Taxes? A List of All the Documents To Have

“President-elect Joe Biden has stated that he plans to repeal the Trump tax cuts, so I don’t doubt that he will make this move at some point,” said George Birrell, a CPA and founder of TaxHub, in January. “While he pledged to repeal these cuts immediately, the process is more complicated than that and ongoing issues with the pandemic may delay plans for a tax increase.”

Higher Taxes for the Highest Earners

Biden has proposed raising the marginal income tax rate from 37% to 39.6% for Americans who earn more than $400,000. Those who make more than $1 million annually also would pay 39.6% on long-term capital gains and investment incomes under his plan.

“This will affect their net earnings but make economic equity more visible,” said Michael Hammelburger, CEO of The Bottom Line Group in Baltimore, in January. “However, bear in mind that states and cities are cash-strapped due to the pandemic, so expect there’ll be more taxes in the coming months as we head into recovery with the prospect of vaccinating [the] majority of the population.”

Read More: How Much Is President-Elect Joe Biden Worth?

Increasing Incentives To Save For Retirement

Biden has said he wants to change the way taxpayer contributions into a retirement plan — either through a 401(k) plan or a traditional IRA — are incentivized to encourage lower-earning and middle-class Americans to save for the future. Under current laws, contributions are considered deductions from overall earnings come tax time instead of credits, but Biden wants to flip that. Under his plan, lower earners would get bigger tax breaks in advance, while they’d shrink for higher earners.

“Under Biden’s proposal, every dollar you contribute will not be deductible, but instead, for every dollar you contribute, 26 cents will be deposited into your retirement account as a matching contribution,” said attorney James Maio, director of tax at Slate Law Group in San Diego, in January. “Of course, as before, when you eventually withdraw this money it will be fully taxable. This would benefit those who invest in traditional IRA’s or 401k’s, thereby putting those investors on more equal footing with those who make Roth contributions since credits are always more valuable than deductions.”

Get Help: The Answers to Top Questions During Tax Season

Biden has proposed assistance for first-time homebuyers, which would give them a $15,000 tax credit. It would be paid as a credit right away — essentially help for a down payment — rather than waiting until tax returns are filed the following year. The government considers first-time homebuyers to be those who haven’t owned a home in the past three years.

The downside? The COVID-19 pandemic exacerbated an already short supply of housing inventory, with many people choosing to stay put. At the same time, other buyers entered the market looking for homes to accommodate a new work-at-home and learning-at-home lifestyle, driving up competition — and prices — for homes. A new group of buyers armed with a tax credit toward a down payment could further increase selling prices, keeping prospective buyers out.

Help for the Disabled and Seniors

The disabled and seniors are two groups that could benefit from a Biden administration, Maio said.

“For disabled Americans, Biden’s tax plan seeks to provide benefits through increased tax credits to both employers that hire those with disabilities, and to family caregivers,” he said earlier this year. “Further, Biden’s plan seeks to expand access to Achieving a Better Life Experience (ABLE) accounts which provide tax-advantaged saving accounts for people with disabilities to help pay for certain expenses.

“Additionally, Biden has proposed several tax changes to help senior citizens. First, his plan calls for increased tax benefits for elderly Americans who pay for long-term care insurance with their retirement savings. Moreover, he wants to allow low-wage workers over 65 years of age to claim the earned income tax credit. Currently, you can’t claim the credit if you’re over 65.”