5 Presidents Who Raised Taxes the Most, and 5 Who Lowered Them 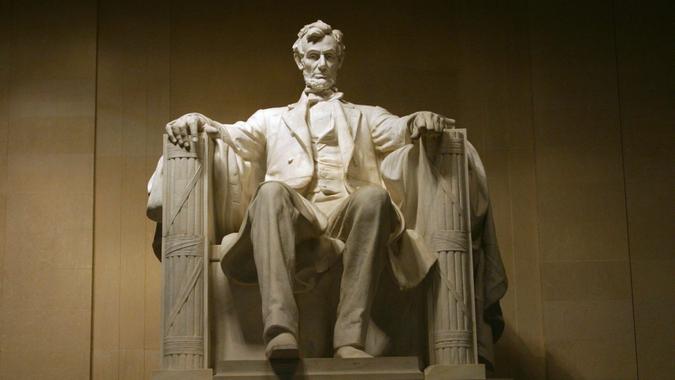 The 2017 Tax Cuts and Jobs Act, signed by President Trump, was the most recent major overhaul to the IRS tax code. The legislation lowered taxes for 65% of American households, according to Kiplinger, by nearly doubling the standard deduction from $6,500 to $12,000 for individual filers. However, the legislation was criticized for favoring corporations and wealthy taxpayers at the expense of middle class and low-income households.

Taxes in 2022: Find Out Everything You Need To Know About Filing, Refunds and More
Read More: The Best and Worst States for Taxes — Ranked

While Trump was the president who changed the tax code most recently, he was hardly the first. America revolted from the British, in part, because of the tax burden the crown placed on its colonies — and everyone still loves to hate paying taxes. The United States has bills too though, and tax revenue pays them.

In America’s early history, there was no official federal income tax at all, and it stayed that way throughout much of the 19th century. In fact, it took a constitutional amendment to authorize Congress to collect revenue through taxation. That didn’t happen until 1913, just before Europe’s last great empires fought to the death in World War I, clearing the path for the upstart U.S. to become a superpower — and superpowers need tax revenue.

Since then, taxes have gone up, down, up and then down again, and the only thing most American citizens could agree on along the way was that they were paying too much. In honor of that on this Presidents’ Day, let’s meet the five presidents who raised taxes the most — and five who lowered them.

The Most Tax-Raising US Presidents

The original taxer-in-chief was none other than Abraham Lincoln, who levied the very first national income tax in American history through the Revenue Act of 1861. The government collected a 3% tax on income over $800 to pay for the Civil War. On July 1, 1862, the Internal Revenue Service (IRS) was created and authorized to enforce collection. Congress repealed the tax in 1871.

In 1895, the Supreme Court struck down the federal income tax as unconstitutional, but in 1913, the 16th Amendment authorized Congress to collect revenue from taxpayers nationwide. It was the birth of the modern income tax.

Later that same year, President Wilson signed legislation that authorized the first income tax of the 20th century, which affected about 3% of taxpayers. Individuals would pay a tax of 1% on any income they earned over $3,000.

See: How Rich Are Barack Obama, Joe Biden and All the Other Living US Presidents?

Herbert Hoover, the president who’s best known for fumbling America’s economic policy during the start of the Great Depression, was also one of the country’s most prolific tax raisers. The Revenue Act of 1933 raised the top rate from 25% to 63%, but no income bracket was spared. Personal income taxes were raised across the board, corporate taxes went up by 15%, and the estate tax doubled.

A little less than 100 years after Lincoln gave the federal income tax its big debut, President Truman would bring revenue-raising to a whole new level. His reason for doing so was the same as Lincoln’s — to fund a war.

The Revenue Act of 1950 raised the minimum income tax to 20% and raised the top rate to an incredible 91% in order to pay for the Korean War. That means that even the lowest earners had to cough up one dollar in five, and the people at the top submitted to a brutal 91-9 split in favor of Uncle Sam.

Check Out: How the Stock Market Performed Under Each President

At the Republican National Convention in 1988, George H.W. Bush emphatically stated “Read my lips: no new taxes.” The words would come back to haunt him. The Omnibus Budget Reconciliation Act of 1990 raised the top tax rate from Ronald Reagan’s 28% up to 31%.

While it wasn’t the biggest tax increase in history, it was one of the most consequential. After eating his words, Bush was held to a single term after losing to Bill Clinton.

The Most Tax-Cutting US Presidents

President Harding died during his lone, scandal-plagued term in office, but not before he launched one of history’s greatest tax-cutting sprees. The World War I years had sent taxes soaring to 77% at the top income levels, according to the Cato Institute. A series of tax cuts throughout the 1920s, however, would take those rates down to some of the lowest percentages in history.

Read: Why You Should Line Up a Tax Preparer Now — and What Paperwork You’ll Need

If today’s rich people complain that the wealthy shoulder too great a share of the tax burden, they should be happy that the highest rate in the top tax bracket is capped at 37%. According to The Atlantic, the top tax rate was often double that or more for over a decade after World War II — and all that revenue from the rich is what fueled the post-war boom.

President Eisenhower fought his own party to keep the highest tax rate at an astounding 90%, but President Kennedy finally lowered it to 70% upon taking office.

No modern president was more committed to cutting taxes than Ronald Reagan. The Economic Recovery Tax Act of 1981 lowered the top tax rate from 70% to 50%. Five years later in 1986, Reagan signed the Tax Reform Act, which lowered it again to 28%.

The two acts together are known as the Reagan tax cuts. When Reagan took office, the top rate was 33% higher than it is today (37%), and when he left office, it was 9% lower.

Did You Know? The Wildest Things Your Taxes Are Paying For

President Clinton signed the Taxpayer Relief Act of 1997, an enormous tax-reduction bill that radically overhauled the IRS code, making more than 800 changes to U.S. tax law. Many of its most important provisions benefited middle-class and low-income households, according to the Congressional Research Service, while also slashing the capital gains tax.

The law created what would become some of the most important modern provisions in the tax code, including the Child Tax Credit, the Roth IRA, and the education savings account.

Learning from the mistakes of his father, George W. Bush followed through on his commitment to lower taxes with a pair of new laws known as the Bush tax cuts. Although they contained a few middle-class provisions, the lion’s share of the breaks went to corporations an the highest earners.