Robinhood, the investing app, announced on Dec. 13 that it planned to introduce new checking and savings accounts through its platform that will offer a hefty 3 percent interest rate, news that rocked the banking world.

However, as details continue to emerge, there is growing controversy around just what sort of product the app is offering and whether or not Robinhood has done enough to insure users against potential losses. And this controversy already has Robinhood backtracking on its big interest rate announcement.

Is 3% Interest Too Good to Be True? Possibly

Robinhood has made a name for itself — and reached a valuation in excess of $5 billion, as of a funding round in March — by disrupting the traditional finance industry with its zero-fee trading. Now, with its announcement of new checking and savings accounts offering interest rates well in excess of what traditional and online banks have been able to trot out, the potential to continue upending the industry appears to have taken another huge stride forward.

But before anyone starts declaring the dawn of a new era in banking, it’s important to note that there is at least one serious caveat to these new Robinhood accounts: They’re not FDIC-insured. That would mean that if the company goes belly-up — a very real risk for a startup offering free trading and very-high-yield savings accounts — customer deposits wouldn’t be insured by the federal government.

Robinhood addressed this by indicating that accounts would be insured through the Securities Investor Protection Corp as the SIPC insures up to $250,000 in cash held in broker accounts against losses. Robinhood is claiming users of its checking and savings accounts would be getting the same amount of insurance through the SIPC even if it’s not coming with the rock-solid assurance of the federal government.

Robinhood Trouble With the SIPC

However, that promise might be suspect. On Friday, Stephen Harbeck, CEO of SIPC, told multiple news outlets that he had not received any communications regarding the product and did not feel as though the accounts would qualify for SIPC insurance. The SIPC only insures cash that is with brokers for the expressed purpose of purchasing securities, and Robinhood is expressly stating that you would not need to invest to use the product.

The counterargument from Robinhood appears to be that because it’s turning around and investing customer deposits in low-risk securities like treasuries, customer deposits are still covered by the SIPC. The fact that the SIPC does not agree and doesn’t seem to have been consulted prior to the announcement raises some red flags.

Also Check Out: NCUA vs. FDIC — Who Insures Credit Unions and Banks?

Since then, Robinhood’s co-founders and co-CEOs Baiju Bhatt and Vlad Tenev have tried to make things right by stating, “We plan to work closely with regulators as we prepare to launch our cash management program, and we’re revamping our marketing materials, including the name.” So for now, it sounds like details about the checking and savings accounts could end up changing.

Find Out: How the Average Savings Account Interest Rate Compares to Yours

Robinhood has already been the source of some controversy over a failure to be completely transparent. Part of how the company makes money on its free trading is by selling its order volume to high-frequency traders. Those traders act as market makers, filling orders by buying shares elsewhere and then charging buyers a little more — taking advantage of what’s known as the bid-ask spread. Although that’s a common practice in the industry — and the cost to consumers is often just a penny a share on their orders — it also raised serious questions about why the company hadn’t been more upfront about the process. 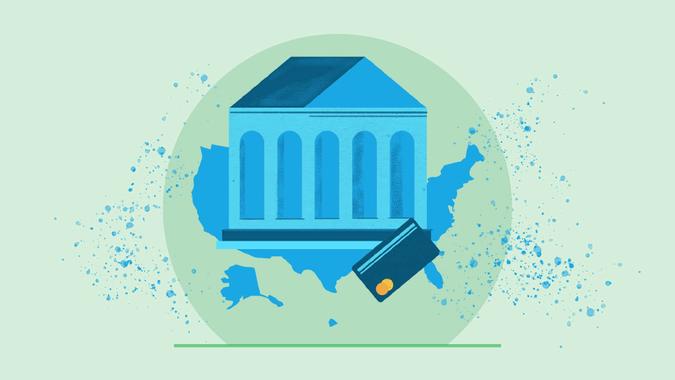 A focus on customers and range of products is a winning combo.

> Banking > Banks > This Checking Account Had a 3% Interest Rate -- Was It Too Good to Be True?