Over 15 million Americans were identity theft victims in 2016, and 2017 was even worse. The Equifax data breach alone compromised the personal information of up to 143 million Americans, according to the Federal Trade Commission, the effects of which have yet to be fully realized.

From mid-May through July 2017, thieves targeted Social Security numbers and other sensitive information from that credit bureau’s records. Protect yourself by knowing what to do if your information is compromised.

What to Do If Your Social Security Number Is Stolen

Identity theft is a crime that’s committed when someone steals another person’s private identifying information and uses it for personal gain, whether that’s for vengeful targeting or for financial purposes, according to Alayna Pehrson, manager of the identity theft vertical at the Best Company review site.

“Basically, someone can impersonate another person simply by gaining access to things like their Social Security numbers, addresses, insurance numbers and/or credit card account numbers,” said Pehrson. As the Equifax hack proved, even those who know how to prevent identity theft under normal circumstances can still become victims.

1. Report Identity Theft to the FTC at IdentityTheft.gov

2. Report the Identity Theft to the Police

An FTC report might be all you need in your identity theft case, but you can get additional documentation by reporting the incident to your local police department. You might need the documentation if you know the thieves or have helpful information about them, and some creditors might insist you file a police report as proof that your Social Security number is stolen.

3. Place a Fraud Alert on Your Credit Reports

“[If your identity is stolen], you have to put a fraud alert on your credit reports. The first thing you should do is to contact one of the three major credit reporting agencies,” said Robert Siciliano, CEO of IDTheftSecurity.com Inc. “By doing this, a lender or creditor uses much stricter guidelines when they receive an application for credit. These alerts only last for 90 days, but you can also get an extension when that time passes.” To get an extension, which lasts seven years, “You will be asked to provide an identity theft affidavit which will include a police report,” he said.

John Ulzheimer, a credit expert formerly with FICO and Equifax, echoed the importance of placing a fraud alert. “This will prevent any new fraudulent credit from being issued in your name. Any prospective lenders will have to call you and verify that you did, in fact, apply for credit.”

The fraud alert numbers for the credit reporting agencies are:

4. Implement a Credit Freeze With the Credit Reporting Agencies

Although adding a fraud alert is still important, you might also want to freeze your credit reports. “If you want to take things a step further, you can freeze your credit reports, which takes them out of circulation until you choose to make them available again,” Ulzheimer said. “This process is informally referred to as freezing and thawing. Security freezes are free if you have been a confirmed victim of identity theft.”

“The security freeze seems to have surpassed the fraud alert as the best practice in the wake of the Equifax breach, but you have to place them individually at each credit bureau,” Ulzheimer said. “There’s no one-stop shop for freezes. Equifax is allowing you to do this for free. The other bureaus might charge a small fee, but it’s money well spent. The only downside to the fraud alert and security freeze is when you legitimately apply for credit, you’ll have to either confirm your application is valid or thaw your credit reports.”

Siciliano recommended freezing your credit indefinitely, despite the minor inconvenience of needing to unfreeze credit for legitimate applications and freeze credit again when you’re done. “Keep your credit frozen for the remainder of your life and thaw when needed,” he said.

Call these numbers to freeze credit at the three credit reporting agencies:

Check Out: You Won’t Believe What Hackers Can Do With Your SSN

You can get your reports from all three credit reporting agencies — Equifax, Experian and TransUnion — for free once per year from AnnualCreditReport.com or by calling 877-322-8228. Once you have them, scrutinize your reports for accounts or charges you don’t recognize, as you’ll need this information for some of the later steps.

6. Call the Companies Where Fraud Occurred

Contact each company where a fraud occurred to close fraudulent new accounts, close or freeze your existing accounts and remove any fraudulent charges. Major banks and large companies generally have a dedicated fraud department to handle identity theft problems. It’s also prudent to change passwords, PINs and other login credentials for these companies’ websites.

In addition, contact the credit reporting agencies and ask them to remove or block the inaccurate information so it won’t show up on your credit reports.

In response to its data theft, Equifax is offering free credit monitoring service and identity theft protection to those affected and to anyone else who wants it. Other companies that have been hacked, like Anthem Blue Cross, have made similar offers. Although it’s too late to prevent identity theft in these cases, the FTC advises taking advantage of the offers to minimize the damage.

See: How I Bounced Back From Credit Card Fraud

It’s a lot of work to repair the damage to your credit, bank and other accounts, but if you’ve been the victim of certain other types of identity theft — such as tax or medical identity theft — you’ve got some additional steps to take.

9. File Your Tax Return as Early as Possible After Your Social Security Number Is Stolen

The FTC warns that thieves might use stolen SSNs to get jobs or steal tax refunds. File your income tax return as early as possible after the identity theft occurs to potentially stay ahead of the identity thief.

Scammers might call and demand payment for back taxes or other debts after your Social Security number is stolen. The FTC says to ignore these individuals, even if they claim to be from an official agency like the IRS or have part or all your stolen number or stolen Social Security card. 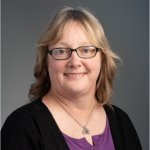 Barb Nefer has been writing professionally for nearly 30 years, cutting her teeth as a news writer for the Daily Southtown in Chicago. She's a doctor of psychology, and her eclectic expertise includes personal finance, psychology, travel and the pet industry. Her work reflects that diversity, with pieces appearing in places like About.com, CBS Local, Yahoo.com, WebPsychology, and Animal Wellness magazine. How to Report Identity Theft

Know the ways to report identity theft and stop the damage.