Bitcoin Crashes, China Bans Everything Crypto and More To Start Your Weekend 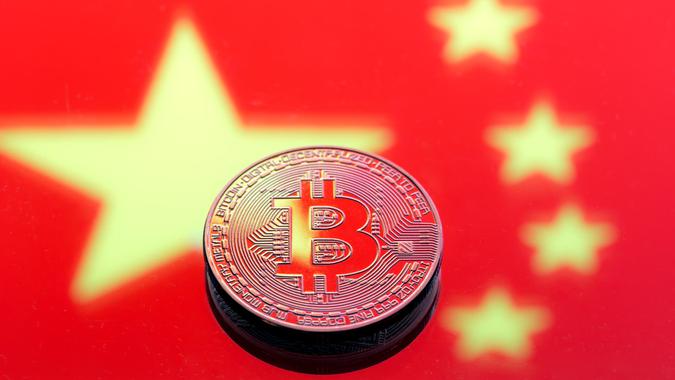 Global cryptocurrency markets crashed today amid new regulatory reins in China. Almost all cryptocurrencies fell, with Bitcoin and Ethereum still experiencing some of the largest losses as of publish time. Here’s what’s been going on in the world of crypto:

China’s central bank announced yesterday that all crypto-related transactions are now illegal. The country also declared all financial transactions involving cryptocurrencies against the law. China has been at odds with the freedom of crypto mining and trading, as it has been testing and developing its own digital currency, the electronic Chinese yuan, putting the U.S. in a tight spot as the race for a government-regulated digital currency heats up.

2. Mining Also Gets the Axe

In addition to financial transactions, China declared all Bitcoin mining illegal. Mining is the process by which massive computers continuously search for and produce “tokens” which can then be sold on the open market for cash or more digital currencies.

See: How These Major Cryptos Have Fared in 2021

The largest and most popular cryptocurrency, Bitcoin, took one of the steepest falls Thursday and continuing into Friday amid the China ban. Bitcoin had been hovering around $50,000 a couple of weeks ago, and as news broke, fell to almost $41,000. Although there was some recovery during the day, it currently stand at around $42,000, having almost 6% wiped off as a result of yesterday’s news.

4. Ethereum Takes a Hit on Par With Bitcoin

Ethereum dropped about 8% to $2,800 per coin upon the Chinese central bank announcement. Ethereum — with a currency known as Ether — is second only to Bitcoin in market cap.

The value of the world’s cryptocurrencies tanked to a new low of $1.8 trillion by this morning, falling almost 10% and wiping $188 billion in market value within just three hours of China’s announcement, reports Forbes.

Be sure to keep an eye out, as crypto numbers will continue to fluctuate over the weekend.