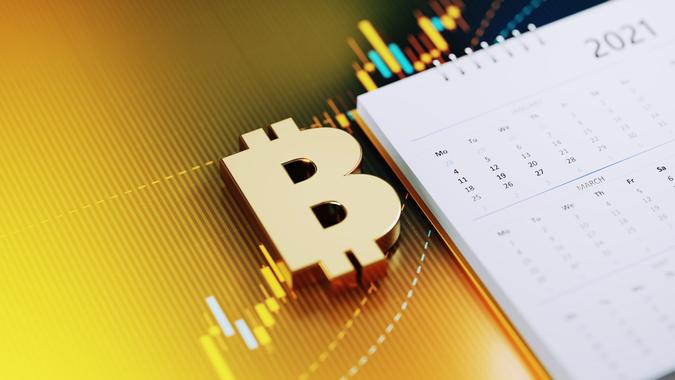 See: 30 Things Every 30-Something Should Know About Their Money
Find: Millennials Share Their Biggest Money Regrets for Gen Z To Learn From

One company, alternative.me, has been trying to help investors stomach the wild swings with its Bitcoin Fear and Greed Index, as “crypto market behavior is very emotional.” Further, some Bitcoin aficionados have been pushing the index on social media recently “to justify their claim that the recent drop in prices is actually a great opportunity to get on the Bitcoin bandwagon,” according to Bloomberg.

Alternative.me – the index creator — explains its motivations via its website: “People tend to get greedy when the market is rising which results in FOMO (fear of missing out). Also, people often sell their coins in irrational reaction of seeing red numbers. With our Fear and Greed Index, we try to save you from your own emotional overreactions.”

Mark Elenowitz, president of global exchange and trading app for crowdfunded securities Horizon Fintex/Upstream, told GOBankingRates that he sees some utility in the index.

“These sorts of indexes have been used by traders for years, and it’s smart investing to keep track of whether an asset is oversold or overbought,” Elenowitz said. “This Bitcoin index brings in data from beyond the market charts such as internet search trends, which is especially relevant to a quickly growing asset class such as Bitcoin. On the other hand, working those trends into a fear/greed index is difficult, and given this might be the first time anyone has tried, I wouldn’t completely trust it without more evidence. Finally, like any market analysis, a fear/greed index is a helpful tool, but it isn’t gospel and should be taken into consideration along with many other factors in deciding when to buy and sell.”

Bloomberg reports that in traditional markets, fear-greed measures are a gauge of investor sentiment based on factors such as volatility, momentum and demand. CNN Money has developed its own fear and greed index based on several factors.

Alternative.me’s index gestures toward two assumptions. First, extreme fear can be a sign that investors are overly worried, which could present a buying opportunity. Then, when investors are getting too greedy, this could signal that the market is due for a correction.

The alternative.me index analyzes the current sentiment of the Bitcoin market and crunches the numbers into a visual scale ranging from 0 to 100: 0 representing “Extreme Fear,” while 100 signifies “Extreme Greed.”

See: Gen Z Begins To Emerge From Pandemic Wiser About Money — Here’s What They’re Learning
Find: The Top Stocks Millennials and Gen Z Are Invested In

How Is the Bitcoin Fear and Greed Index Calculated?

The index’s weighted contributing factors include volatility (25%) — measuring the current volatility and maximum drawdowns of Bitcoin, comparing it with the corresponding average values of the last 30 days and 90 days. “We argue that an unusual rise in volatility is a sign of a fearful market,” the company stated.

A second factor is market momentum/volume, accounting for another 25% of the index. “Generally, when we see high buying volumes in a positive market on a daily basis, we conclude that the market acts overly greedy / too bullish,” alternative.me detailed.

Social media analysis and investor surveys both account for 15% each, and dominance weighs in at 10% of the total score.

“We think that a rise in Bitcoin dominance is caused by a fear of (and thus a reduction of) too speculative alt-coin investments, since Bitcoin is becoming more and more the safe haven of crypto. On the other side, when Bitcoin dominance shrinks, people are getting more greedy by investing in more risky alt-coins, dreaming of their chance in the next big bull run. Anyhow, analyzing the dominance for a coin other than Bitcoin, you could argue the other way round, since more interest in an alt-coin may conclude a bullish/greedy behavior for that specific coin,” the company explained.

See: Millennials and Gen Z Want To Retire by 60 — One Expert Points Out Major Obstacles to Their Plans
Find: Many Gen Zers and Millennials Still Rely on Parents’ Financial Support

Finally, Google Trends data is analyzed to produce 10% of the final weighted score.