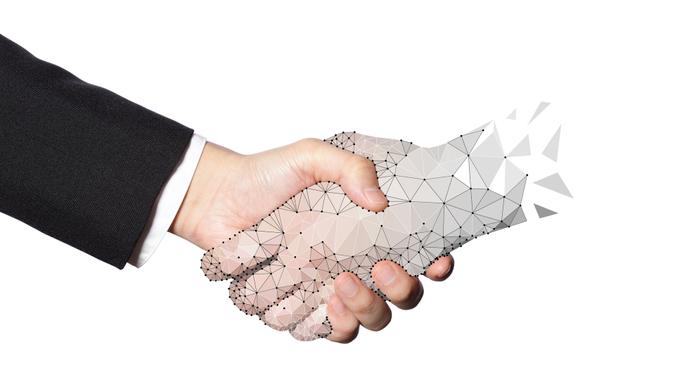 See: Binance Launches ‘Biggest Growth Fund in Crypto History’ — How Could It Impact Blockchain Industry?
Find: What Is Blockchain Technology?

The announcement was made Tuesday, Nov. 9, at the Solana Breakpoint Conference in Lisbon.

“The future of social is in Web3. At @solana’s conference, @alexisohanian announced that we are partnering with Solana Ventures to create a $100 million initiative to build decentralized social media on Solana’s blockchain,” Seven Seven Six tweeted.

Both Ohanian and Solana co-founder Raj Gokal believe changes in the metaverse ecosystem will be happening extremely fast.

“With a high-performance blockchain like Solana, there is an unprecedented opportunity to fuse social and crypto in a way that feels like a web2 social product but with the added incentive of empowering users with real ownership. We’re looking for the next social platform built on the blockchain,” Ohanian added in a tweet.

Solana’s Gokal said that as cycles are getting faster in the crypto industry, and “we will be living in the metaverse faster than anyone thinks, it’s going to happen,” according to the video of the panel.

“The rise of Solana and the cycles in the blockchain industry have been getting faster. I think this next wave of companies are going to get to — we said it at the top of this conference — a billion users. And we didn’t set a timeline, we said it could happen as fast as possible. I think it could happen in 12 months, 18 months, it’s very feasible if we build this future.”

Gokal thinks this will happen in waves.

“Applications and protocols will quickly saturate to a billion, four billion users in rapid succession because it doesn’t have to be a competition. It’s just ideas and changes and protocol shifts and forks that can propagate very quickly,” Gokal said.

“I think this future will happen very quickly and it’s all connected, right? This is why we wanted Solana to be one giant global state machine. A lot of people call it monolithic, yeah it’s monolithic, that’s the point it’s all one computer we can build all this together on,” he added.

Mahesh Vellanki, co-founder of Rally and SuperLayer, a venture studio building web3 consumer applications, told GOBankingRates that building decentralized apps for consumers comes with a distinct set of challenges, as most web3 experiences today are slow and exorbitant fees are a barrier to entry for most consumers.

“The Solana network was brilliantly designed to bypass these challenges and has the capacity to host incredibly versatile and complex applications via smart contracts. This will be an important space to watch as the internet moves towards more community-owned models,” Vellanki added.

The commitment was initially for $50 million, but Ohanian increased it to $100 million, at an onstage panel, during the Lisbon conference.

“We can do things on Solana that just make so much more sense to create that amazing user experience that people have come to expect. That’s it, at the end of the day that’s what wins. And you tie that into being able to actually being able to own the content that you create and actually getting rewarded for things like community building, it’s going to be exhilarating,” according to a video of the conference.

Ayesha Kiani, VP of business development at LedgerPrime, a quantitative digital asset investing firm, told GOBankingRates that this investment is a testament to the emergent Web 3.0 alternatives to the existing social media giants, “which in effect monetize users by extracting as much of their data as possible for sharing with a wide variety of often-unknown actors.”

“Web 3.0 social media platforms, conversely, will utilize blockchain systems to enable users to have more control over their data so that they are the ones who decide whether they will share their data and, in turn, monetize. So, in effect, Web 3.0 social media will flip the existing monetization model of social media on its head and bring about an entirely new model for people to use their data to earn money rather than be unwitting actors to third-party forces that do God knows what with their information,” Kiani said.