Coinbase NFT Marketplace: What You Should Know 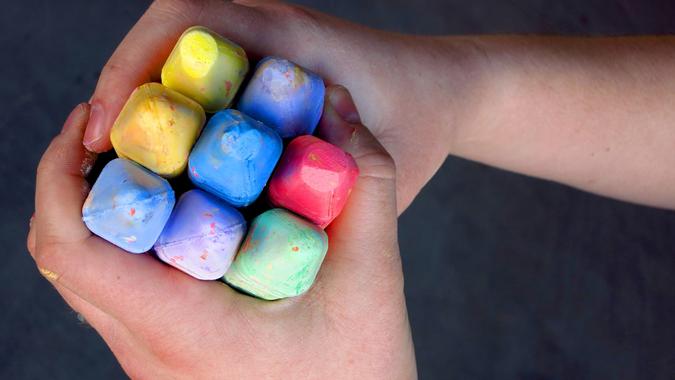 The Coinbase digital currency exchange has moved into a new online marketplace that allows users to mint, buy, sell, and promote non-fungible tokens. Also known as NFTs, these assets represent ownership, in digital form, of creative works such as:

The NFT confers a unique digital representation to its holder. It does not reserve the sole right to reproduce a work in digital or physical form. The copyright and right of reproduction still belong to the original creator or organization.

However, NFT tokens of their works can be sold by creators, and NFTs considered important have fetched very large sums. The NFT of Twitter founder Jack Dorsey’s first-in-history tweet, for example, sold in 2021 for close to $3 million. Artists, newspapers, filmmakers, graphic designers and even the Disney corporation are jumping into the NFT marketplace.

Coinbase Competitors in the NFT Space

Coinbase moved into the NFT space in competition with OpenSea, which emerged in 2021 as the biggest NFT marketplace. In September 2021, OpenSea racked up $2.8 billion in NFT trades. And the Coinbase NFT marketplace won’t be OpenSea’s only new rival — Binance and FTX, two other cryptocurrency exchanges, have also launched NFT boards.

NFTs are kept on a blockchain ledger, a secure way of tracking ownership that doesn’t rely on records kept by banks, governments or financial exchanges. Blockchains have also launched digital currencies such as Bitcoin, which are stored in digital “wallets” and traded via Coinbase and other exchanges.

The Coinbase NFT marketplace uses Ethereum as its medium of exchange. This blockchain currency is gaining wider acceptance in direct competition with Bitcoin. It is by far the most common currency used for trading NFTs.

In imitation of Facebook or Twitter, the Coinbase NFT hub will offer individual profiles, personal feeds and a showcase for all NFTs created by the user.

NFTs may open up an important new revenue source for the company. Since Coinbase’s initial public offering in April 2021, the company’s shares have failed to keep pace with the rising value of digital currencies such as Bitcoin and Ethereum. The exchange has drawn the attention of regulators and investigators in the U.S. and abroad, and also faces a crowded field of competitors including Robinhood and PayPal.

In the future, Coinbase may accept other digital currencies for NFT trades. In theory, it could also use traditional fiat currency — the dollars, yen, yuan and euros that are exchanged physically and digitally every day, all over the world.

What Does the Future of Investing in NFTs Hold?

As non-fungible assets, NFTs can’t be freely exchanged in the same way as currency or stocks. Each NFT token is unique, with its value assigned by the market or its price asked by the seller. It can represent anything that’s created, with the human imagination the only limitation. A clever meme, in theory, could give rise to a multimillion-dollar NFT. Traders could bid to dizzying heights the token of a simple avatar, a video or a brief GIF animation.

There’s understandable excitement among the “creator community” over NFTs. With the market for physical art dominated by auction houses and wealthy investors, humble digital creatives see NFTs as a chance to develop a thriving art marketplace of their own.

The NFT market is new and its future is uncertain. NFTs may become the standard way in which all assets — including physical assets such as homes and land — are traded. They could also become as obsolete as the Commodore 64 “home computer.”

The legal status of NFT ownership is also being worked out. The U.S. Securities and Exchange Commission may place limits on how NFTs can be bought and sold. OpenSea has had issues over insider trading, the crime of dealing on non-public information in an open marketplace.

NFT creators and traders should also be aware of online copyright issues. Photos, text, memes and other private property are easily reproduced and used online. Oftentimes there’s no credit given or money paid for these reproductions. By assigning a unique digital identity to a work, however, an originator can benefit directly and immediately.

NFTs work to level the playing field for creators whether they’re world-famous or completely unknown.