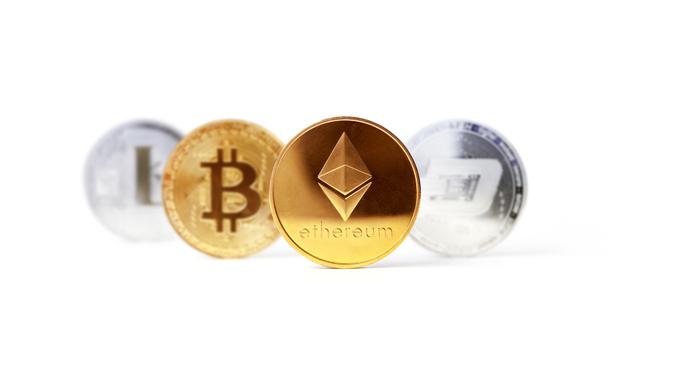 A new survey finds that 42% of investors see Ethereum as having the most compelling growth outlook, while only 18% say the same thing about Bitcoin.

See: Ethereum Competitor Solana Achieves $38 Billion in Market Valuation — What Does This Mean for Bitcoin?
Find: Bitcoin Is $1 Trillion Asset Yet Again — Is Now the Time To Invest?

Ethereum and Bitcoin remain at the core of digital asset investments, while Cardano and Polkadot are increasing in popularity, according to the survey.

CoinShares Investment Strategist James Butterfill, who authored the survey, told GOBankingRates that the stance toward Bitcoin and cryptos, in general, has changed in the past year.

“What surprised me with clients is that two years ago Bitcoin was ‘a joke,’ a year ago, they were saying ‘tell me more about it.’ And this year, many investors have made a step into Bitcoin and are considering diversifying in the space,” he said. “So Cardano, Solana and others are gaining popularity and investors are  starting to explore the asset class more deeply.”

The survey notes different portfolio allocations across different investor profiles. For example, family offices have the highest allocation to digital assets, with 23%. Meanwhile, retail and institutional are more cautious.

Another key finding of the survey is that 35% of investors see their investments into digital assets as predominantly speculative. Meanwhile, 25% see it as a diversification tool. Others see digital assets as an effective way to invest in the growth of distributed ledger technology.

Of the survey respondents who said they had not invested, regulation was cited as the main reason for not investing, with 21% of respondents. Additional reasons include corporate restrictions, with 19%.

In terms of key risks perceived, politics, government bans and regulations are at the top, representing 58%.

“Investors’ biggest worry is regulation,” Butterfill said. “You can see that in the price. When there are comments from the SEC or regulations in China, it affects the price negatively.”

He adds that once “we ride that regulatory hurdle — which will take a while” things will change. The first step, he adds, will be Nov. 14, when the Securities and Exchange Commission will give its approval decision on several Bitcoin exchange-traded funds.

See: 5 Reasons Why Accepting Crypto Right Now Is Good for Your Business
Find: What Is the Next Big Cryptocurrency To Explode in 2021?

Just last week, the SEC once again pushed its decision on several Bitcoin exchange-traded funds, moving its ruling to November and December, according to GOBankingRates. Investors and investment managers have anxiously been awaiting a decision from the SEC on the approval of Bitcoin ETFs, which would have to be traded on the exchange — in other words, on the stock market (and therefore, only during the hours the stock market is open). Right now, cryptos don’t have any such limitations and can be traded anytime.

“We believe chances for an SEC approval in November are much greater than in the past,” Butterfill said.