How Crypto Assets Are Regulated — and How They Are Not 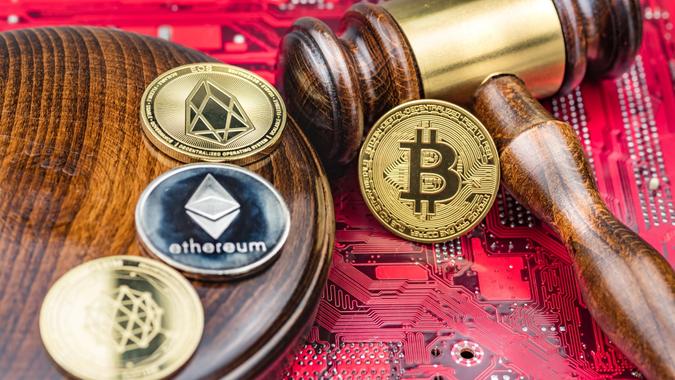 For many investors, one of the allures of cryptocurrency is that it’s not overseen by any central authority in the United States, despite rumblings in the nation’s capital that it needs to be more closely regulated.

As it stands, crypto doesn’t fall into any neat financial category that would put it under the umbrella of a specific authority such as the Securities and Exchange Commission (SEC), Federal Reserve, Federal Deposit Insurance Corporation (FDIC) or Commodity Futures Trading Commission (CFTC). Regulation of digital assets more or less depends on how it’s used — and even how that use is interpreted.

To help clear up confusion over how crypto is regulated, CFTC commissioner Dawn Stump issued public statements last week addressing her organization’s authority over digital assets. One thing she mentioned upfront was that the CFTC doesn’t have regulatory authority over cash commodities, but instead regulates futures contracts on commodities, as well as other derivatives products such as swaps.

Among Stump’s other points:

If that sounds confusing to you, you’re not alone. Uncertainty over where crypto assets fall in the financial spectrum has led government leaders to push for more regulation. In July, Federal Reserve Chairman Jerome Powell addressed the Fed’s interest in regulating stablecoins — as well as the possibility of establishing a central bank digital currency — while testifying before the U.S. House Committee on Financial Services.

Economy Explained: Where Does Cryptocurrency Come From?
Compare: Crypto, Stocks or Real Estate? Where To Put $10,000 Right Now

Earlier this month, GOBankingRates reported on a proposed add-on to the $1 trillion infrastructure bill that would impose more federal regulation on cryptocurrencies and dramatically increase the number of crypto users who would have to report their filings to the IRS.