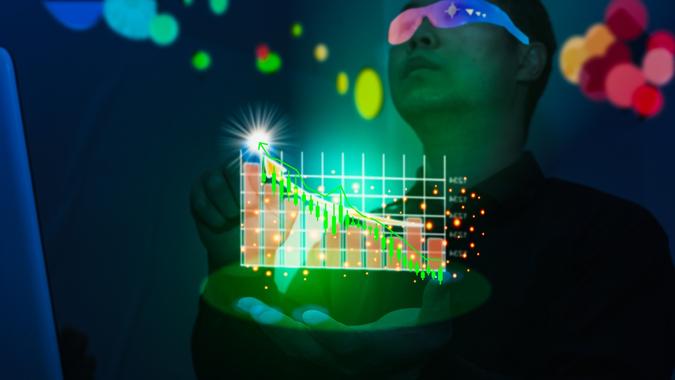 Originally known as the Matic Network, Polygon was created to scale Ethereum and improve the infrastructure. It is an India-based project aiming to make transactions cheaper and quicker on the Ethereum blockchain.

What Is Polygon (MATIC)?

Think of Polygon as an express train. It is on the same track as all other trains but moves faster and makes fewer stops along the way. In this example, the track is Ethereum, where Polygon does a quicker job of fulfilling transactions than the Ethereum blockchain. Polygon is also the name of the native cryptocurrency used on the Polygon network. The coins trade under the MATIC ticker.

The platform uses a proof-of-stake, or POS, consensus to secure the network and create new currency. Polygon has a market cap of $9.897 billion, and there are 7.85 billion polygon coins in circulating supply.

Does that mean polygon cryptocurrency is a safe investment? In this guide, you will learn the basics of Polygon, how it works and whether or not you should invest in its native currency.

Anyone who has ever traded on the Ethereum blockchain would be familiar with the high transaction fees and slow fulfillment times on the network. Polygon solves these problems by providing a decentralized platform that facilitates low-cost transactions.

The network describes itself as a layer two scaling solution. Its unique transaction fulfillment technology allows up to 65,000 transactions per second on each side chain. The system uses point-of-stake checkpoints that could, in the future, allow millions of transactions on the blockchain. In addition, Polygon’s side chains have been designed to support decentralized finance protocols within the Ethereum ecosystem.

Currently, Polygon only supports Ethereum as the base chain but plans on extending its support to other base chains, according to the community consensus and suggestions.

The developers release the token every month. The maximum supply of polygon tokens is 10,000,000,000, and 7.85 billion, or 78%, are in circulation, according to CoinMarketCap. Polygon has burned, or removed from circulation, 650,000 coins since a January upgrade on its mainnet.

How Much Does Polygon Cryptocurrency Cost?

As of April 27, the polygon cryptocurrency price is $1.26, according to CoinMarketCap.

Should You Invest in Polygon?

Since the Polygon platform has many uses — the NFL just used it to release a non-fungible token themed around its upcoming draft, for example — the polygon coin has become popular among investors. But if you are a beginner or do not know much about polygon tokens, it is vital to be familiar with cryptocurrency before investing in it.

Here are some things you must know.

If this comes to pass, developers will have a lot of liberty for network creation. They will be able to develop standalone, flexible and scalable blockchains.

Considering Polygon’s ambitious plans, it is likely that the currency will be on the rise in the future.

Many developers use the user-friendly Ethereum Virtual Machine to build decentralized apps.

With its EVM compatibility, Polygon makes it easier for developers to create decentralized apps and port them. Developers have deployed many Ethereum apps onto Polygon, including SushiSwap and Aave.

Before you invest in polygon cryptocurrency, it is essential to determine if it could face any roadblocks in the future. The primary concern for the platform is the presence of other blockchain network projects, like Avalanche and Polkadot.

These projects may start coexisting in the coming years, leaving no room for Polygon to be hyped up. Moreover, Ethereum is making efforts to upgrade its platform. That upgrade — initially called Etherium 2.0 and now referred to as The Merge — will result in a transition from the current proof-of-work chain to the new proof-of-stake chain. Once the merge is complete, it could lower Polygon’s popularity.

Polygon experienced incredible gains in 2021, increasing 13,000%, from less than 2 cents to $2.68, between January and May of that year. After a brief stumble, Polygon rose again, hitting an all-time high of $2.8768 in December 2021. However, this higher price did not last for long. Polygon, like most popular cryptocurrencies, went into a freefall in late December 2021, and it appears to still be trending downward. As of April 27, polygon is trading for $1.26. Take this as an example of the market’s volatility and how careful you need to be when investing.

Is It a Safe Investment?

Regardless of the cryptocurrency you want to invest in, it is imperative to note that these currencies are volatile investments. You should be comfortable with a dramatic swing in price without going into panic mode.

The Plus Side of Polygon

As for polygon, some might consider it a safe investment while others do not. For instance, Mark Cuban, the cryptocurrency-enthusiast billionaire, invested in polygon.

One plus point for the platform is that more than 7,000 decentralized apps are running on it. The sheer volume of dApps it supports should keep the platform relevant for a long time to come.

The downside of Polygon is its attachment to Ethereum. The network is not only competing with other currencies but also with Ethereum itself, which it also depends on.

Polygon developers argue with this, saying their network will remain relevant even if Ethereum 2.0/The Merge comes to fruition because Polygon offers speedier transactions and allows Ethereum’s communication with other networks.

However, another programmable blockchain might take Ethereum’s spot in the future, sending Polygon down with it.

You can buy polygon coins from several cryptocurrency exchanges, including:

Polygon is just as volatile as you would expect any other cryptocurrency to be. Its developers might have bigger plans for the future, but there is no way to ensure that other blockchain networks or Ethereum itself would not cause a decline in the coin’s popularity and worth. Besides that, the coin has been unable to sustain its brief rallies so far this year, which means the price might still be falling.

If you want to invest in it, make sure you follow the golden rule of investment by not putting in more than you can afford to lose.

This article has been updated with additional reporting since its original publication. Information is accurate as of April 27, 2022.