The Sandbox (SAND) Coin: What It Is, What It’s Worth and Should You Invest? 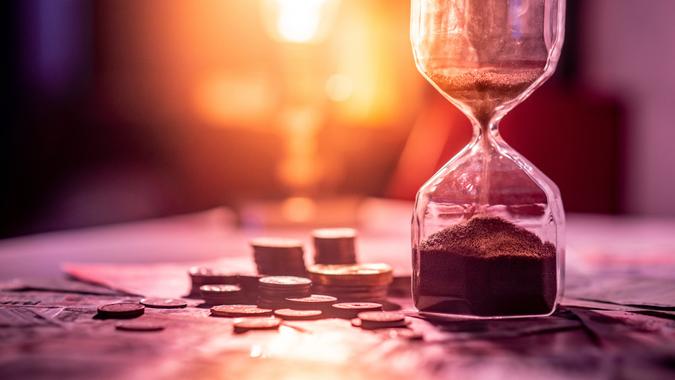 In November 2021, Facebook formally announced it was rebranding itself “Meta” — its first step toward building a metaverse. While the idea of a metaverse isn’t exactly new (the video game Second Life has shaped its own for several years), the concept has never been as mainstream as it has since Facebook’s announcement.

In recent years, investors have seen the rise of virtual metaverses entwined with games like The Sandbox, a digital currency-based virtual world that allows users to create and play games within a game.

What Is The Sandbox?

Pixowl founded The Sandbox in 2012 as a mobile gaming platform and is a play-to-earn blockchain version that allows users to create their own avatars to access the various hubs, environments and games on the crypto-driven metaverse. This version of the game, launched in 2018 by its cofounders Sebastien Borget and Arthur Madrid, lets players create their virtual worlds with non-fungible tokens on Ethereum, earning rewards while participating in the ecosystem.

In 2021, Borget and Madrid released the blockchain version of The Sandbox, which eventually became one of the fastest-growing cryptocurrency games. The software allows users to build endless 3D items, ranging from buildings and vehicles to costumes and creatures. They can then add these items to the blockchain as NFTs, which they can sell on secondary markets such as OpenSea or The Sandbox’s crypto marketplace. With no background in coding required, players can design full 3D games they can monetize.

Players need the SAND coin to participate in the blockchain version of the game, trade ASSETS on the marketplace and buy LANDs, which are digital plots of land in the game. They can also use the SAND coin as a governance token to vote and propose improvements on the platform through a Decentralized Autonomous Organization structure.

How Many SAND Coins Are in Circulation?

In 2021, there are roughly 1.06 billion SAND crypto tokens in circulation with the maximum supply being 3 billion units. Its market capitalization is currently more than $4 billion, with that number fluctuating daily.

Of the total supply, around 31% of it was allocated to the founders and team members along with 12% allocated to a dedicated Binance Launchpad.

How Does The Sandbox Work?

The Sandbox uses the Ethereum blockchain to track ownership of NFT assets and LAND on its software. Users can further interact with the ecosystem with Ethereum wallets that keep their tokens. The blockchain-based game also involves several tools that developers can use to create the assets they use. These tools are:

Is The Sandbox Coin a Good Investment?

Over the past year, The Sandbox’s valuation soared by more than 11,600%. Its valuation is likely to increase further with an increased interest in the metaverse. While the game faces competition from Decentraland and Enjin, The Sandbox has already attracted some high-profile partners like Atari, Snoop Dogg and Adidas that could give it an edge over its rivals. It also lined up investments from some impressive names including Kingsway Capital, Galaxy Interactive and Polygon Studios.

However, it’s important to remember that The Sandbox metaverse is a direct extension of the popular mobile game. That means the success of this metaverse heavily relies on the gaming community’s interest and the strength of Ethereum — the digital currency that’s powering it.

For The Sandbox to continue growing in value, the game needs to continually attract users willing to play it. But given that it’s cryptocurrency-based — a new, high-risk investment in its own right — in the often volatile gaming industry, The Sandbox does appear to be a risky investment. You can only use the SAND token in the game itself, for example, which limits its use.

Currently, the global crypto market cap stands at a little more than $2 trillion with that amount fluctuating daily, a significant uptick in value compared to 2021. Metaverse tokens are expected to rise in value as more people learn about virtual reality gaming worlds and are more willing to use cryptocurrency.

According to its official website, the platform has no plans to burn any SAND tokens in the near future. The platform is working on bringing Sand coin back into the ecosystem through the Foundation “to support content production through grants to creators and the staking pool.

Experts expect the crypto market to cool down in 2022, with many digital currencies losing the hype they’ve gained. It’ll be interesting to see which ones survive 2022 and become long-term players, like Bitcoin.

The Sandbox is quickly becoming a dominant force in the virtual reality gaming industry with its strong backing. Whether or not the success of the gaming world will have a direct effect on the SAND token’s value depends on how well The Sandbox can secure its user base.

FAQs on The Sandbox

Here are some more answers if you're wondering about The Sandbox.

Kiran Shahid has over 8 years of experience in copywriting and has worked for various clients across the globe. With certifications from Digital Marketer and a master's degree in Entrepreneurship, she has been able to implement creative ideas and innovative strategies for her clients. Kiran has a knack for creating captivating content with an engaging tone of voice. In her spare time, she loves to travel and try different cuisines.