A mutual fund is a pooled collection of investment funds. When a person buys shares in a mutual fund, money is combined with other investors’ capital. A professional manager purchases stocks, bonds, or other securities on behalf of you and these investors. Because managers must be paid, and fund companies must cover their expenses and turn a profit, all mutual funds have fees, even those touted as “low-cost” or “no-load.”

Some fees are more obvious than others, so you might have to look under the hood to see the total cost of your mutual fund investment. Here’s what you need to know about mutual fund fees.

Some mutual fund companies offer different share classes for the same mutual funds. Shares that carry an upfront sales charge are typically referred to as A shares. The Financial Industry Regulatory Authority caps upfront mutual fund sales charges at 8.5 percent. However, funds rarely charge that much. If you buy a mutual fund with A-share pricing, you can expect to pay a commission of about 1 percent, down from an average closer to 3.8 percent in 1990.

Most funds with A-share pricing offer breakpoints, better known as discounts for larger purchases. For example, a fund might charge you 5 percent upfront for purchases of $25,000 or less, 3.25 percent if you buy between $100,000 and $250,000, and nothing at all for investments of at least $1 million.

An upfront sales charge reduces the amount that you get to invest. For example, if you’re investing $10,000 into an A-share mutual fund, only $9,900 or less might actually get put to work for you. The excess $100 goes right into the pocket of your financial advisor or the mutual fund company.

How to Choose Your Investments: ETF vs. Mutual Fund

For example, if you sell B shares in the first year after you bought them, you might face a 5 percent sales charge. In the second year, that might decline to 4 percent, followed by 3 percent in year three, 2 percent in year four, and 1 percent in year five. After a certain number of years, such as eight, B shares automatically convert to A shares, which charge lower ongoing expenses.

Class B shares put all of your money to work right away; however, they do reduce your investment flexibility. Although most mutual fund companies allow you to make free exchanges to other funds within the same family, you can’t sell your MFS fund and buy a Vanguard fund, for example, without triggering the redemption fee.

With C shares, you don’t pay an upfront sales charge, and your CDSC is typically low, such as 1 percent. C shares usually only charge a CDSC on redemptions made in the first year after purchase. But they never convert to A shares, and they carry higher ongoing expenses.

A C-share investment is something of a hybrid compromise. You don’t lose any money at the time of investment, and after a relatively short time frame, you have the flexibility to change your investment as well. If you hold the shares for a long time, however, you’ll end up paying a higher overall expense.

A mutual fund expense ratio is the percentage of your fund investment that a fund company deducts annually to cover various expenses. If your fund has a 1 percent  expense ratio, you’ll lose $1 of every $100 you have invested every year just in fund expenses, on top of any sales charges. Services covered by the expense ratio typically include the following:

Fund expense ratios vary based on a number of factors, ranging from the number of assets in the fund to the fund’s investment objective. On average, larger funds charge smaller expense ratios, and equity funds have higher fees than bond or money market funds.

Over time, expense ratios for most funds have come down. In 1996, for example, the expense ratio for the average equity mutual fund was 1.04 percent. By 2016, that had tumbled all the way down to 0.63 percent. Similarly, bond fund expense ratios fell from an average of 0.84 percent to 0.51 percent over the same time period.

Expense ratios don’t cover the commission and trading costs that a fund incurs when buying or selling securities. Those costs are subtracted from a mutual fund’s annual return. A fund that engages in excessive trading, as measured by its turnover rate, may have higher costs that aren’t found in the expense ratio.

When you purchase a stock, you usually pay a commission to buy and sell and incur no additional costs.

In addition to fees to purchase and sell shares, mutual funds also have ongoing costs to investors. You might have to read the fund prospectus to find a complete list of costs, as they are not all immediately apparent. Although fees are generally falling across the board, when it comes to investing in mutual funds, there’s no such thing as a free lunch. 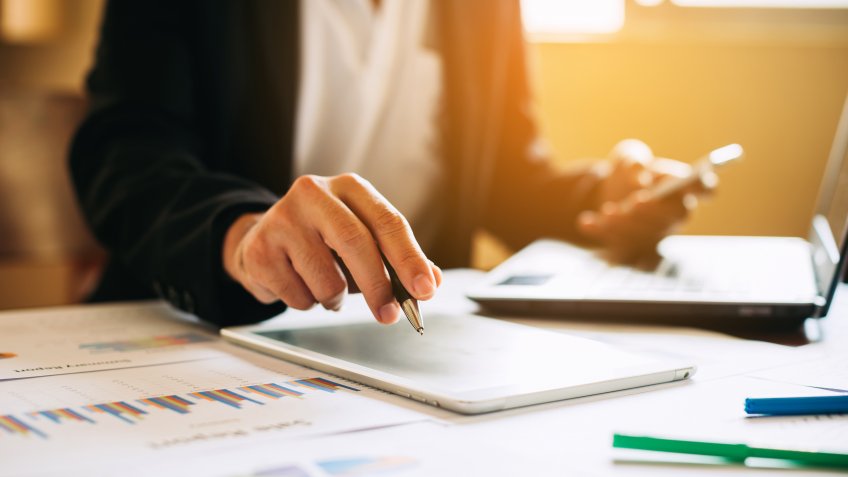 How Are Mutual Fund Returns Calculated?

GOBankingRates > Investing > Funds > Mutual Fund Fees: What You Need to Know Before Investing