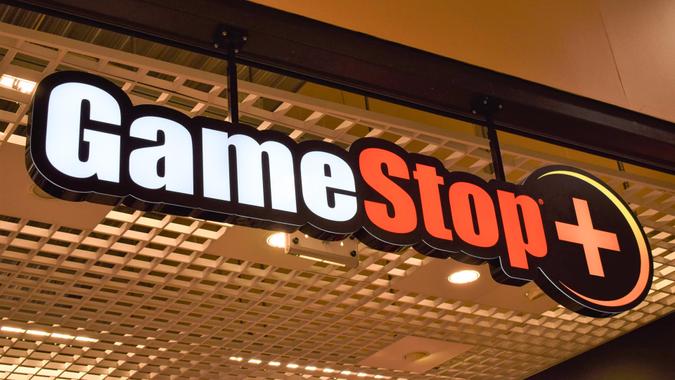 GameStop (NYSE: GME) shares fell Monday morning after the company announced its plan to capitalize on its meme stock frenzy and file to sell 3.5 million shares to raise revenue.

Before Reddit created the “stonk” monster, GameStop was a brick-and-mortar retail business that, like so many of its peers, was in danger of closing due to the pandemic.

Due to frenzied trading driven by a social media campaign, GameStop soared over 1000% in Q1. At the time, GameStop was valued at around $34 billion, according to The Wall Street Journal.

GameStop has had the option to sell stock since December, but it chose to allow the surge to happen and drive the share price up.

In April 2020, the stock was $3 per share, and in January, GameStop reached $483, WSJ reports. About three weeks later, in early February, the share price fell to around $39 and is currently around $183.

However, the company’s fundamentals have remained unchanged. Its new stock offering is an effort to raise revenue to transform the business from physical retail locations to digital powerhouse.

Although the trading increased sales 11% during Q1, the number of stores GameStop operates has fallen 13% since last year due to pandemic closings.

The stock sell could come at a critical time, when transformation will be necessary for survival, but analysts are weighing both sides.

Should share prices correct after the stock sale and return to 2020 levels, the company’s bet to sell could prove riskier than holding its current position.

“The positive story is they’ll have more money to invest in their digital revolution, and the negative story is it’s massive dilution and would likely mean the stock faces some near-term pressure,” Thomas Hayes, chairman of private equity investor Great Hill Capital, told The Guardian.