Food for Thought: Why Investing in These Consumer Staples Is Smart Even as Inflation Persists 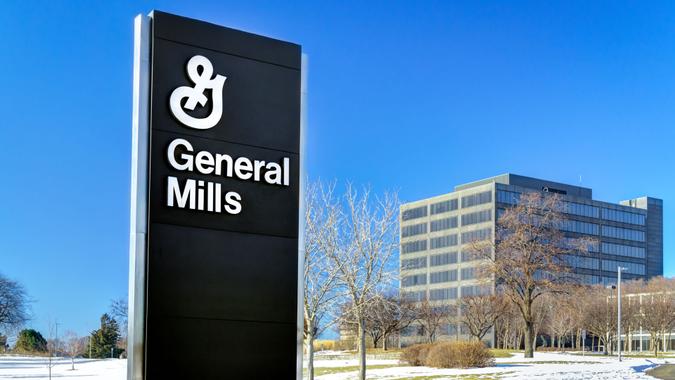 While the stock markets were sinking again on Monday, continuing a slide that has sent stocks tumbling to their lowest point in more than a year, shares of companies like Campbell Soup and Kellogg moved higher as investors embraced the safety of consumer staples.

See: 6 Bad Habits That Hike Up Your Grocery Bill
Find: Here’s How Much Cash You Need Stashed if a National Emergency Happens

Campbell, Kellogg, ConAgra, General Mills, Kraft Heinz, Smucker, Tyson Foods and McCormick all reported gains on Monday even as the Dow fell 2% and the S&P 500 sank 3.2% to its lowest point since March 2021. All of those stocks are also up for the year despite a steady decline in the broader markets, CNN Business reported.

Fellow consumer staples giants Coca-Cola and Hershey have posted year-to-date gains as well, with both stocks trading near record highs.

This isn’t surprising to long-time market watchers. Large manufacturers of food, beverages and household items tend to do well in times of economic uncertainty, high inflation and market turmoil. The reason is simple: Consumers keep buying these products because they have to, even as they cut back their spending on discretionary purchases such as restaurant meals and streaming subscriptions.

This is the case even as most consumer staples companies have had to raise prices to navigate the highest inflation rate since the early 1980s. In some cases the higher prices have actually bolstered results. As CNN Business noted, Tyson posted better-than-expected earnings and sales on Monday, partly because of rising prices for beef and chicken.

“Consumer demand has remained durable even as we worked to manage inflation through price increases,” Tyson Chief Financial Officer Stewart Glendinning said on a conference call with analysts.

Among all industry categories, the consumer staples sector has had the highest ratio of companies reporting first-quarter results that beat analyst forecasts, according to FactSet Research. Among the companies that logged big earning beats were Archer-Daniels-Midland, Molson Coors and frozen french fries maker Lamb Weston.

Food and beverage stocks are also attractive to investors because many pay steady dividends with comparatively high yields. This is especially important when the stock markets are volatile because investors get decent returns even if stock prices don’t move in the right direction.

Kellogg’s 3.2% dividend is pretty close to the 10-year Treasury bond. Coca-Cola, Pepsi and Oreos maker Mondelez also offer dividends in the neighborhood of 3%.