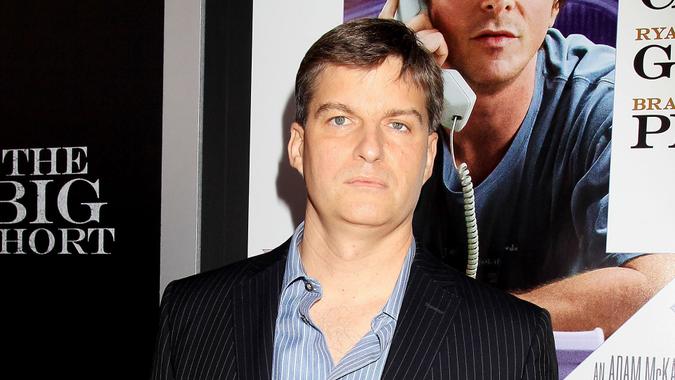 The real-life inspiration for the main character in “The Big Short,” Michael Burry, has made an official call for Tesla’s downfall.

See: Tesla Makes More Money From Bitcoin Than It Does From Cars — What Does That Mean for Your Stock?
Find: Elon Musk Asks: Should Tesla Accept Dogecoin? How Much Would You Need?

Burry became well-known in the financial world, and later in Hollywood, for being one of the first people to see the financial crisis of 2008 before it happened. His research into the subprime mortgage crisis allowed him at the time to bet big — and win — against mortgage lenders throughout the country.

Burry’s firm, Scion Asset Management, is making another large bet, this time against Elon Musk’s Tesla. In a government filing with the Securities Exchange Commission, Scion is long puts against 800,100 shares of Tesla or $534 million by the end of the first quarter.

But wait – “long puts”? What does that mean?

A put is the right to sell a security at a predetermined price. An investor buys, or is long on, a put contract when they believe the price of the security they are betting on will fall. As of March 31, Burry owned 8,001 put contracts, with unknown value, strike price, or expiry, CNBC reports.

Essentially, Burry believes so strongly that Tesla will fall that he’s willing to put half a billion dollars on it. From the man whole intuitions led him to predict the largest financial meltdown in recent history, that bet is something sure to shake up public sentiment toward the electric car behemoth.

Burry previously stated in a now-deleted tweet that Tesla’s reliance on regulatory credits was a big red flag.

Discover: Elon Musk Impersonators Scam People Out of $2 Million in Crypto – Here’s How to Keep Your Money Safe

“Well, my last Big Short got bigger and bigger and BIGGER too. Enjoy it while it lasts,” Burry wrote in the message which was posted Jan. 10 to his now-removed Twitter account, according to MarketWatch.

The government doles out regulatory carbon emissions credits, which auto manufacturers can trade amongst themselves. These credits are incentives for automakers to generate less emissions. If one of these companies does not have a certain amount of credits left each year they can face a penalty. For a company like Tesla, whose entire manufacturing catalog is electric vehicles, these credits are free money. Their credits are all sold for a profit, and as GOBankingRates previously reported, Tesla made $518 million in the first quarter alone in the sale of regulatory credits. Tesla also made more money selling bitcoin in the first quarter of 2021 than it did selling cars.

Given this skewed balance sheet, Burry’s concerns might be warranted. Tesla has been somewhat of a Wall Street darling and anomaly this past year. Tesla’s stock price increased a whopping 740% in 2020, although the year-to-date value is down around 20%. Shares also fell 4% Monday after news of Burry’s bet.

What makes Burry’s bet so eye-opening is the volume of contracts purchased. While the price of each contract and the expiration date — that is when Burry expects the downfall to happen — is not available, the bet itself is astonishing.

See: Musk Causes Another Bitcoin Crash This Weekend – Will Tesla Dump the Crypto?
Find: 6 Reasons Tesla Might Be the Stock You Need To Buy

Being long puts, as Burry is with Tesla, is not the riskiest investment option but it is certainly a significant one for Tesla’s future stock price. This has undoubtedly been fueled by Musk’s antics on Twitter and radio talk shows including his endorsements of meme cryptocurrencies.

Controversies have recently surrounded the EV manufacturer with news of its positions in cryptocurrencies and regulatory credits netting it more money than actual sales of cars.

Additionally, news of delivery and production delays in some of its models have also contributed to its fallen share price.

Burry’s bet perhaps achieves what many have believed needed to happen for some time but didn’t have the means to do — solidify Tesla for the risk it truly might be rather than the opportunistic tech stock that is possibly riding its last few waves.