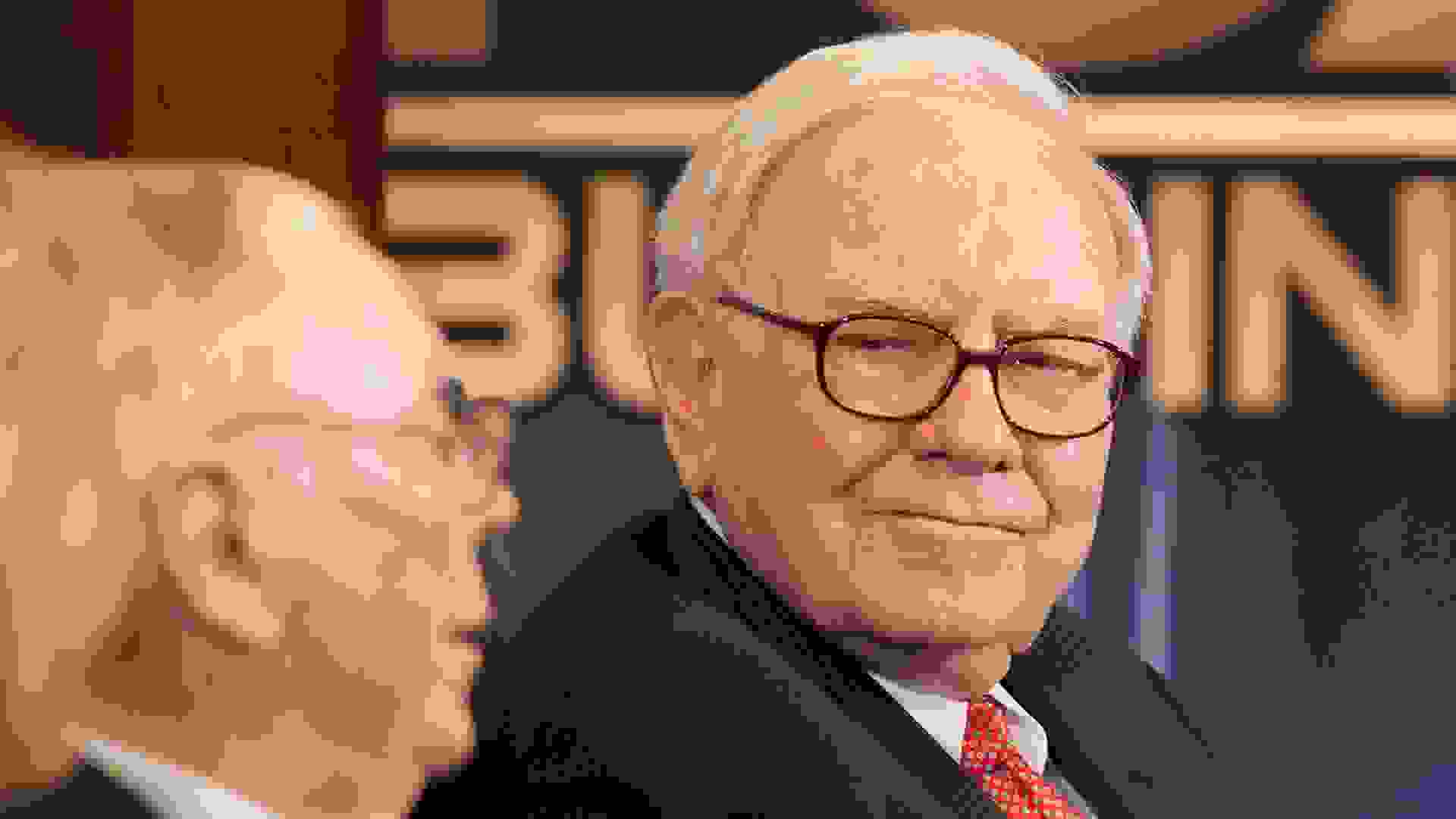 When Warren Buffett talks, the world listens—and they should. He is, after all, one of the most successful investors of all time and the No. 4 richest person in the world. After earning more than $1 billion in 10 weeks on a bet on Chevron, Buffett briefly became one of only six people ever to grow their net worths to 12 figures, although he’s currently back down under $100 billion. He’s the CEO of Berkshire Hathaway, a holding company that Buffett runs with his investment partner, Charles Munger.

His prescient calls about stocks and the market, in general, have earned him the nickname “The Oracle of Omaha,” in honor of the Nebraska city where he resides. Buffett offered one of his most dramatic market predictions in September 2017, when he predicted that by 2117, the Dow Jones industrial average would hit 1,000,000.

While Buffett won’t be around to see if his prediction will come true, it reflects his lifelong belief in the strength of the American economy and the long-term resilience of the U.S. stock market. Here’s a look at some of his most successful and biggest investment predictions. 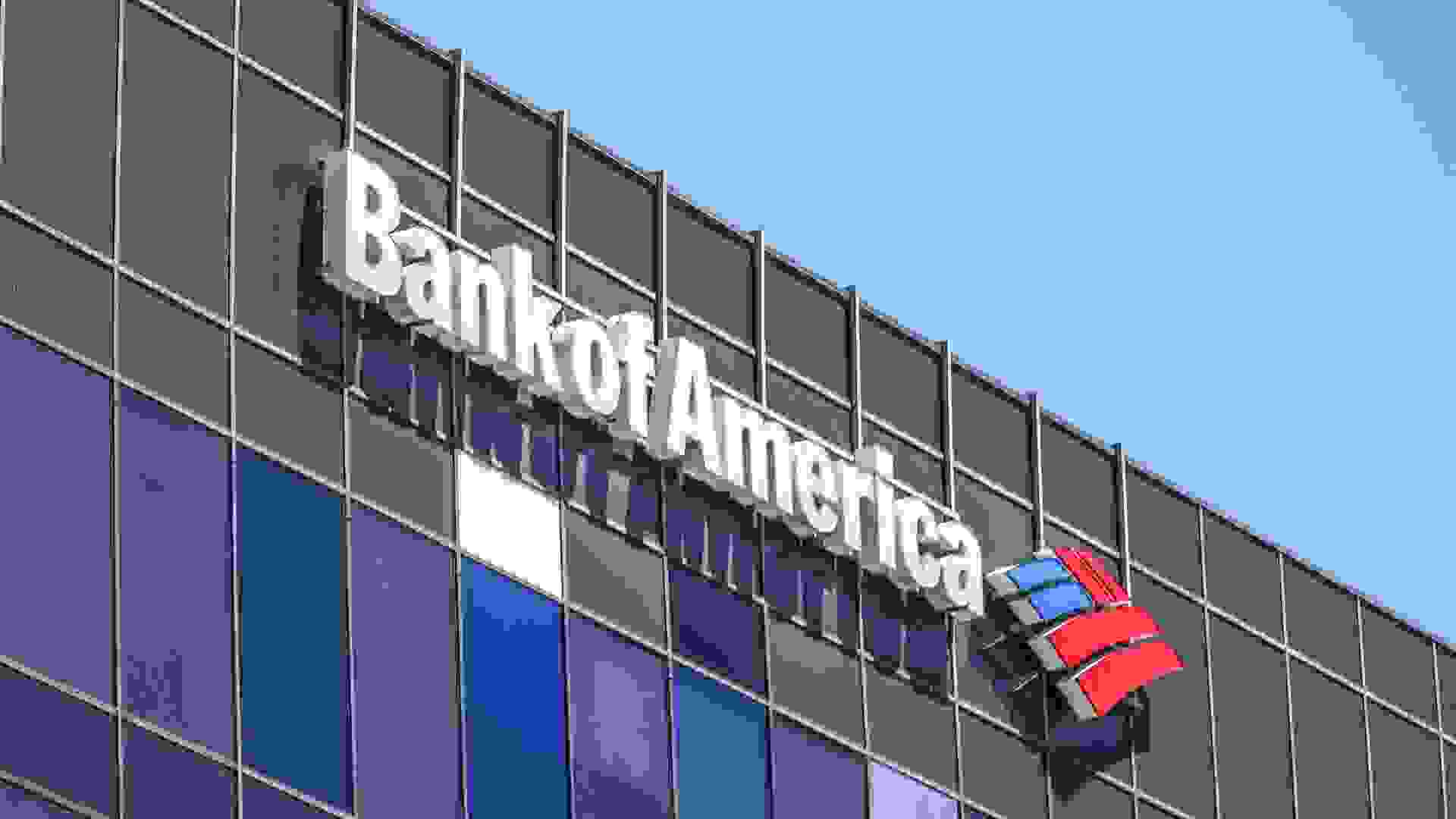 Bank of America Will Rise Again

In 2011, Bank of America was suffering from the aftershocks of the subprime mortgage crisis. With the stock trading below $7 per share compared to $19 the year before, Buffett smelled a bargain and bought $5 billion in preferred shares in Bank of America.

The preferred shares paid a hefty 6% yield, resulting in $336 million in annual dividend payments to the company. Even better, the preferred stock came with warrants that allowed Buffett to buy 700 million shares of Bank of America at $7.14 per share.

At the time, Buffett made this prediction in his annual investment letter: “Our warrants to buy 700 million Bank of America shares will likely be of great value before they expire.” When Buffett exercised the warrants in 2017, he earned $12 billion. Today, Bank of America is trading at around $37.40 a share, and Buffett purchased Berkshire’s more than 1.03 billion shares—the second-largest holding in his portfolio—at an average price of $24.24 per share.

Find Out: Just How Rich Are Oprah, Bill Gates and Other Big Names? 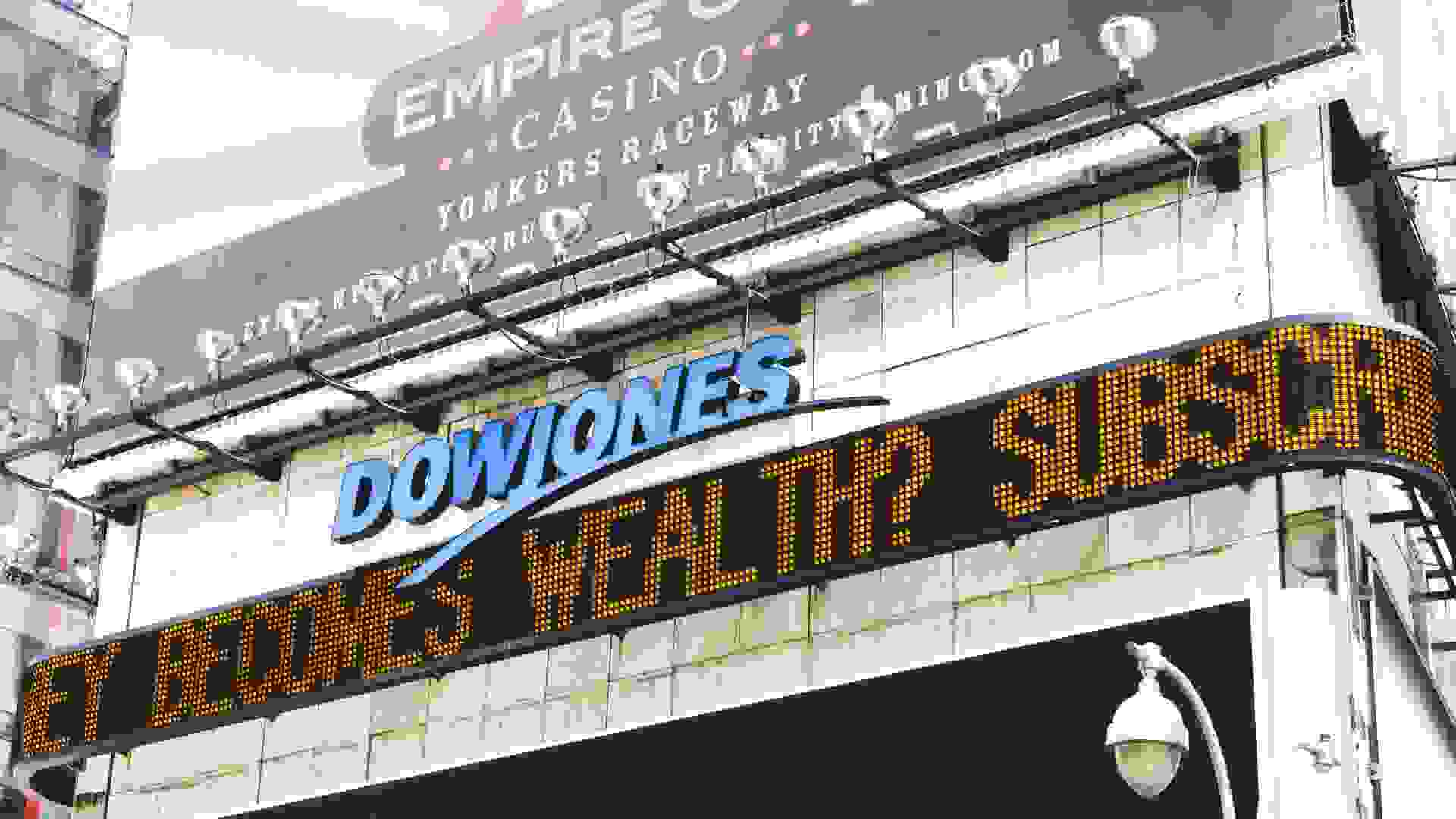 The Time To Start Investing Is Now

Buffett told Forbes magazine in late 1974, when the Dow was below 600, that he viewed the market “…like an oversexed guy in a harem. This is the time to start investing.”

By the time that interview was published, the Dow had climbed by almost 15% to 660. Buffett’s prediction came after a notorious bear market from 1973 to 1974. Perhaps more than any other prediction, this prognostication highlights Buffett’s philosophy to “be fearful when others are greedy and greedy when others are fearful.”

Learn More: These 15 Billionaires Got Richer During The Pandemic 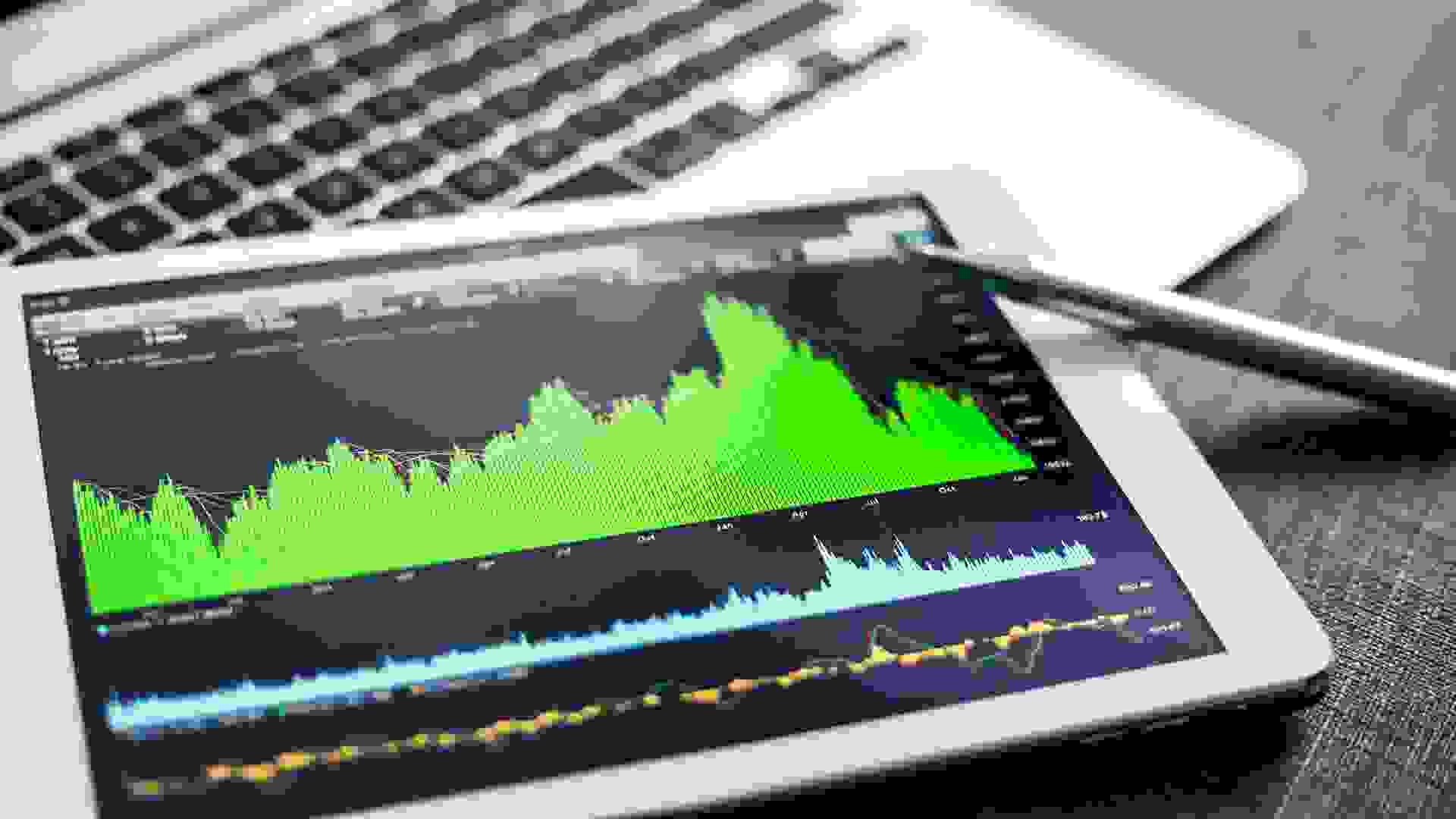 Stock Market Returns Will Be 6%

Buffett confidently predicted that stock market returns for the following 17 years would be nothing like the previous 17 years. In fact, he suggested that the “most probable return” for the next 17 years would be 6%.

By 2016, at the end of the 17-year period, stocks had returned 5.9% — an amazingly accurate prediction over such a long time period.

Watch Out: These Billionaires Could Buy Your City 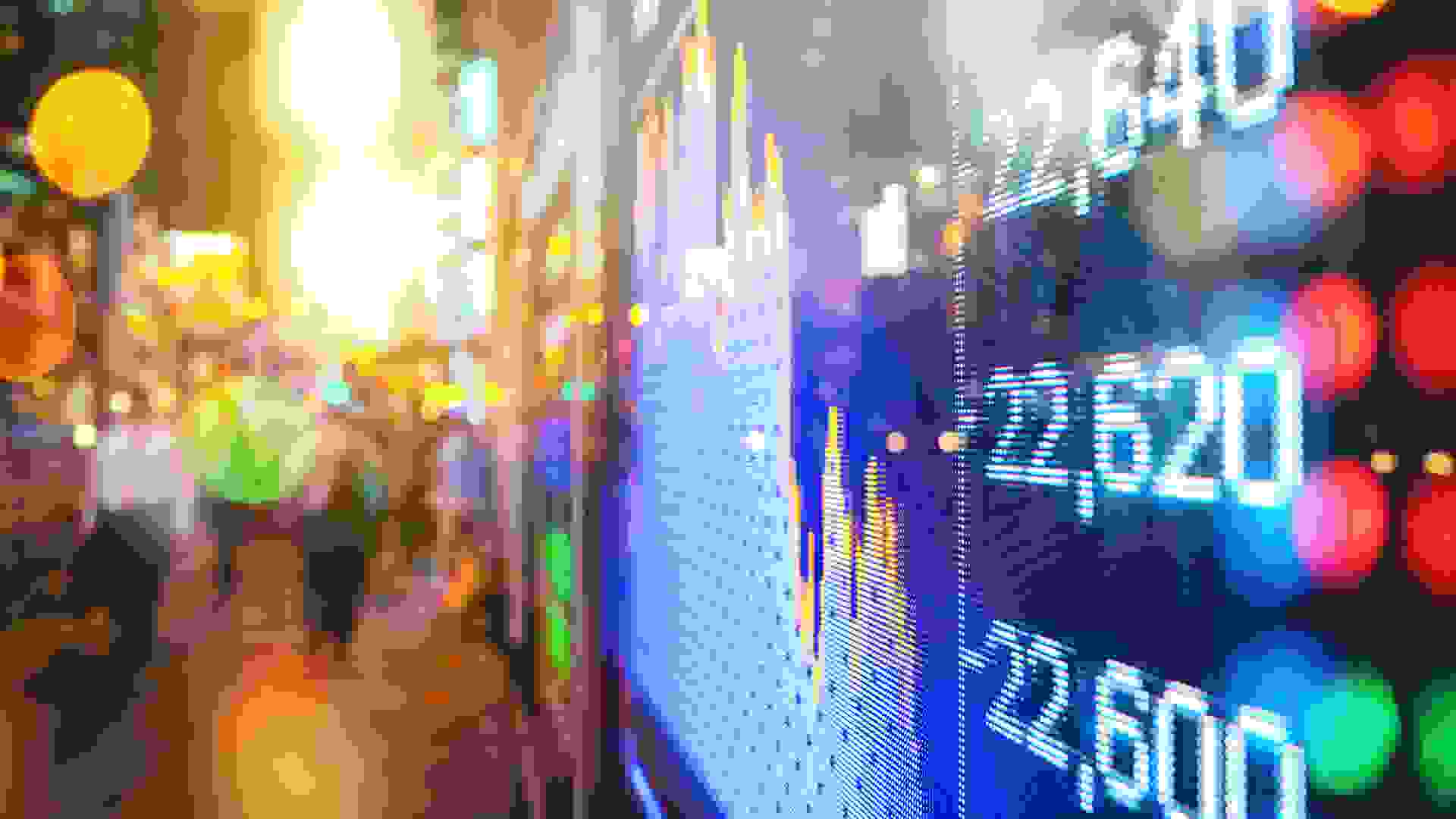 What might have been Buffett’s most dramatic prediction came in 2007, when he offered to bet $500,000 that over the following 10 years, the S&P 500 index would outperform a portfolio of hedge funds when fees were included. Hedge fund manager Ted Seides, of Protege Partners, took the bet.

When 2017 rolled around, Seides was the one who had to pay up. In fact, the bet was so lopsided that Seides conceded the wager before the entire 10 years had expired. At that point, Seides’ collection of funds had earned just 2.2% per year, while the S&P 500 index had earned more than 7% per year, thus supporting Buffett’s point that indexing typically can beat actively managed funds. 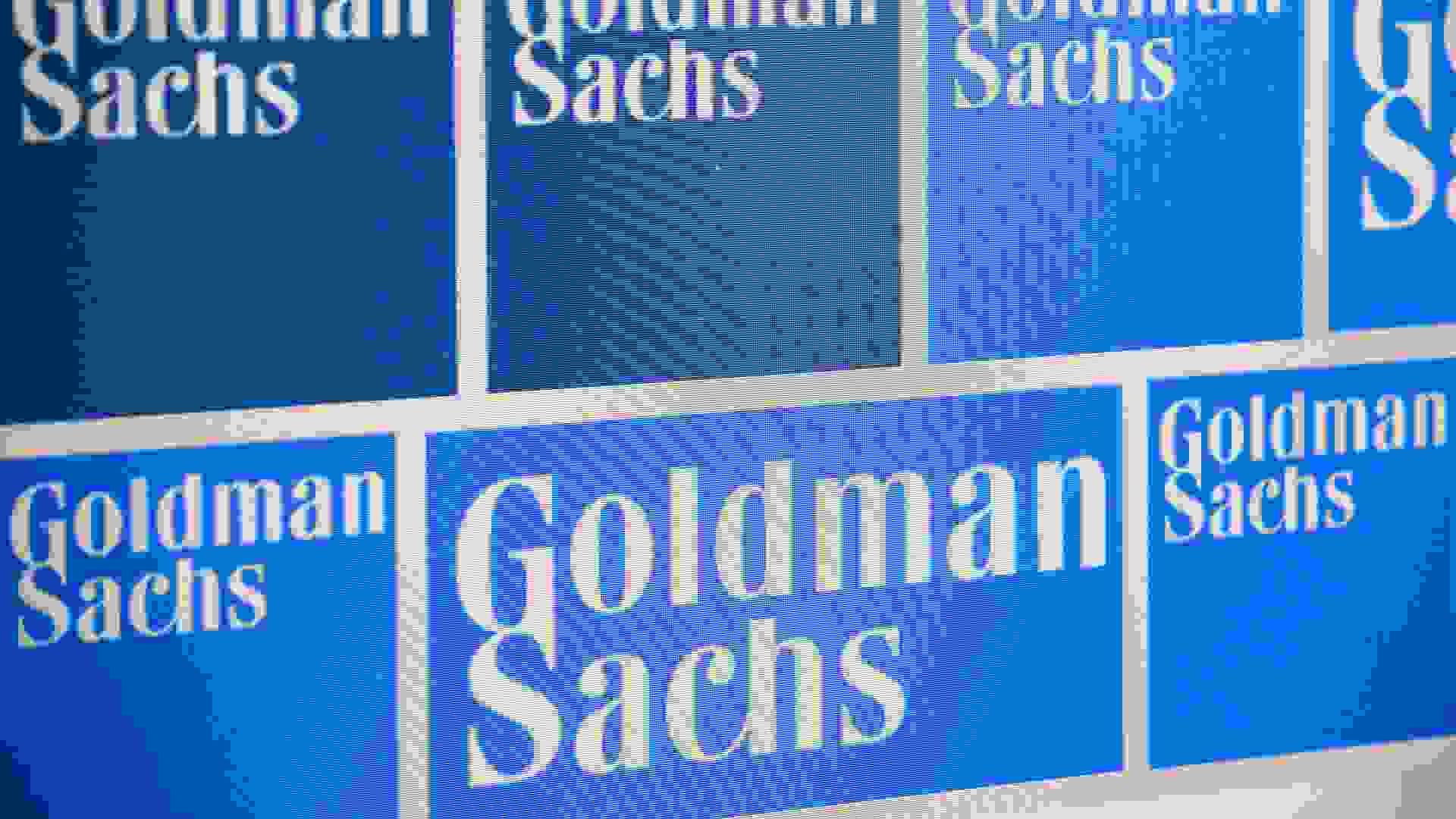 Goldman Sachs Is Down But Not Out

In late September 2008, investment bank Goldman Sachs was a wounded giant caught in the vortex of the financial implosion it helped create. Predicting that Goldman Sachs would not only survive but thrive, Buffett invested $5 billion in the company. In exchange, Goldman Sachs gave Buffett preferred shares that paid an amazing 10% per year in income.

Additionally, Buffett was granted $5 billion in warrants, allowing him to buy the stock at $115 per share. By 2013, Buffett’s prediction had come true with remarkable accuracy — he walked away with a profit of $3.2 billion after investing when the market was low. You and your 401(k), of course, will likely not be receiving preferred warrant status like Buffett, but you still would have cashed in big time had you pulled the trigger when Buffett did. Goldman was trading below $80 in November 2008 and is now riding high around $344. 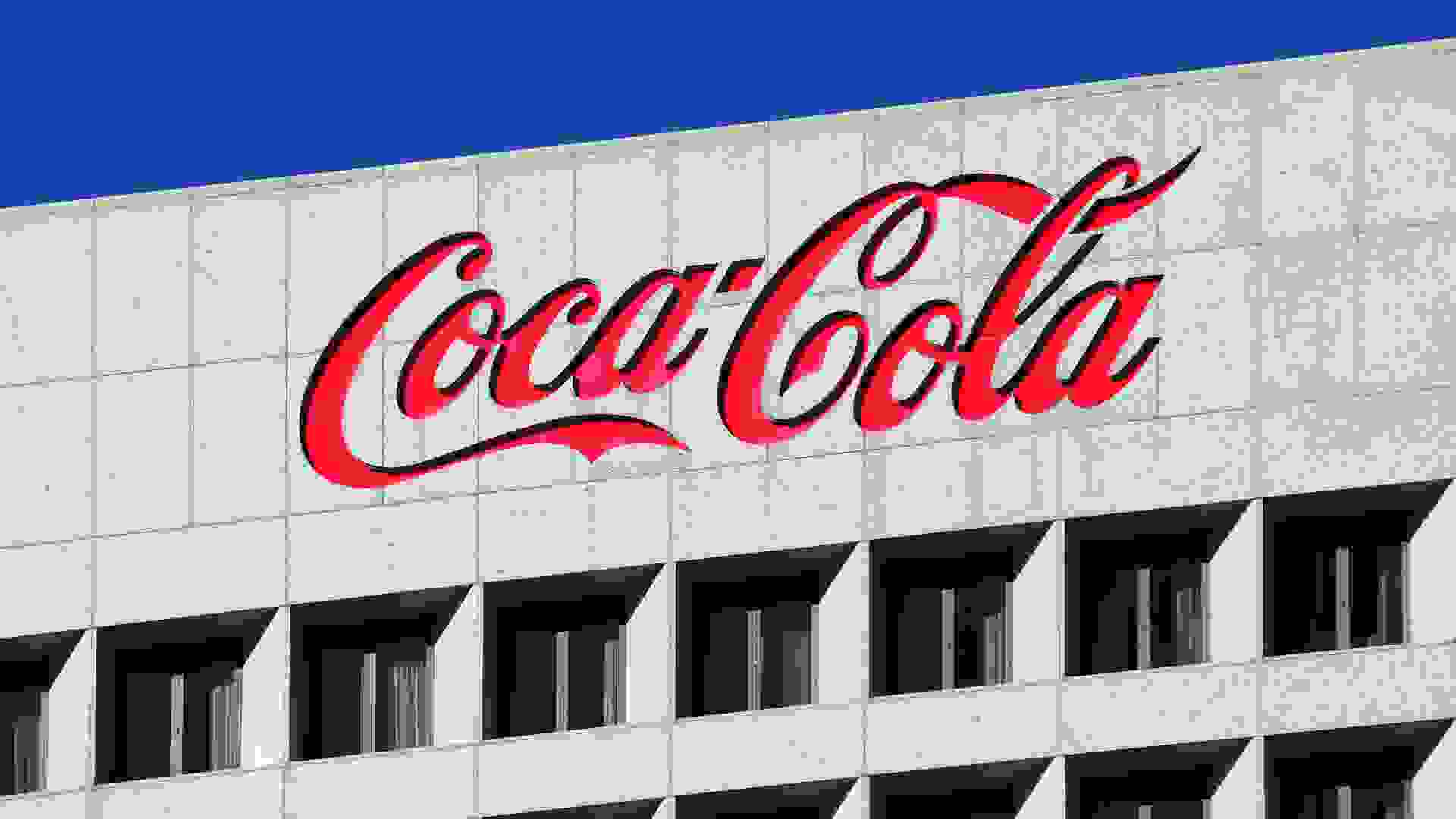 Coca-Cola Is a Long-Term Buy

One of Buffett’s biggest stock market wins can be traced to an investment that started in 1988, the year he first bought into Coca-Cola. Today, Berkshire Hathaway owns 400 million shares, more than 9% of the company. On Jan. 1, 1988, Coca-Cola was trading at $2.39. While the stock has seen its ups and downs, it’s trading above $50 per share today.

In many ways, Coca-Cola epitomizes the entire Warren Buffett investment approach — to take long-term positions in big, established companies that perform well and whose business models you understand. Buffett’s love of Cherry Coke is the stuff of legend—he switched after nearly 50 years of chugging Pepsi. He drinks an average of five cans of the stuff — the nutritional equivalent of junk bonds — every day for a total of 25% of his daily caloric intake. He famously told Fortune in 2015, “I’m one-quarter Coca-Cola.” 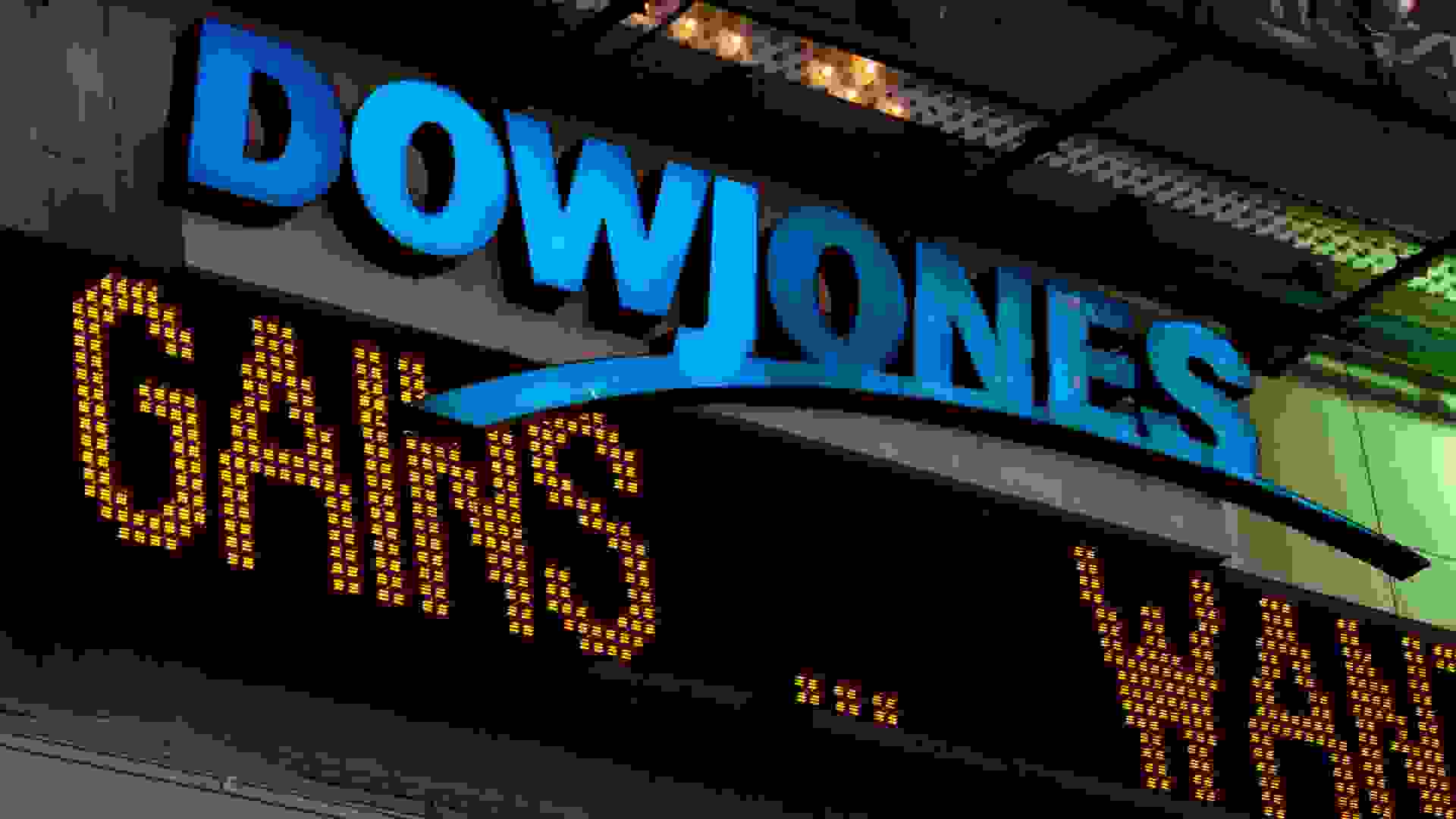 On Feb. 27, 2017, Buffett told CNBC’s Becky Quick that “…we are not in bubble territory, or anything of the sort,” despite many market observers saying that the current bull run was getting frothy. In fact, Buffett continued, “measured against interest rates, stocks are actually on the cheap side compared to historic valuations.” In other words, Buffett was predicting that stocks were undervalued and that it was time to buy again. 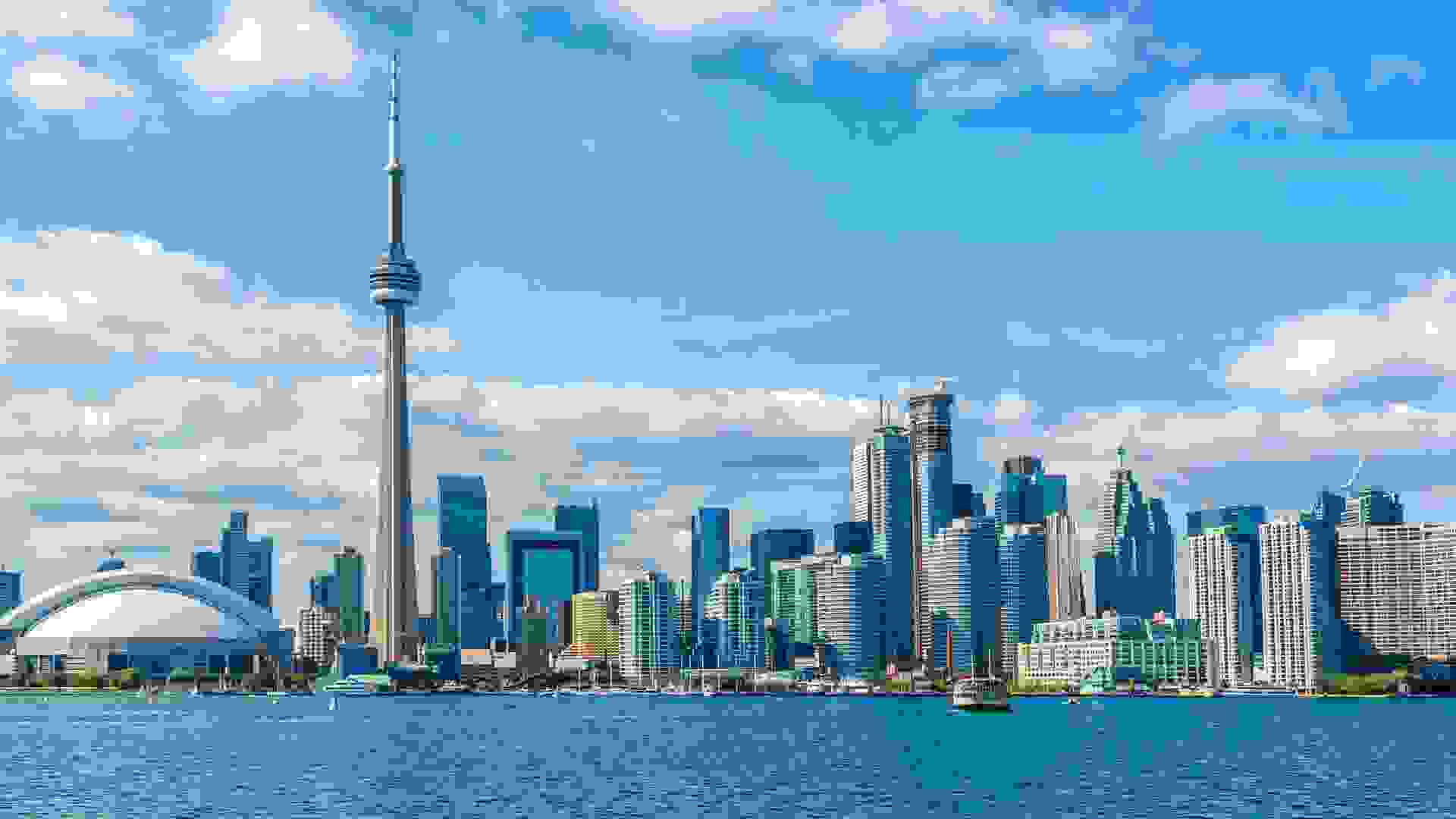 In mid-2017, Buffett extended his reach beyond the United States to invest in Canadian lender Home Capital Group. As with many other Buffett transactions, he got a sweet deal in this purchase right from the outset.

Buffett lent $1.5 billion to the company at interest rates of 9% to 9.5%. Buffett also enjoyed the right to buy up to 20% of the company’s stock at a 20% discount to its market price, predicting that the stock would rise after his purchase.

The stock deal allowed him to purchase Home Capital at $10 per share. On March 15, 2020, it was trading at $32.50, which means Buffett would have tripled his investment plus change. 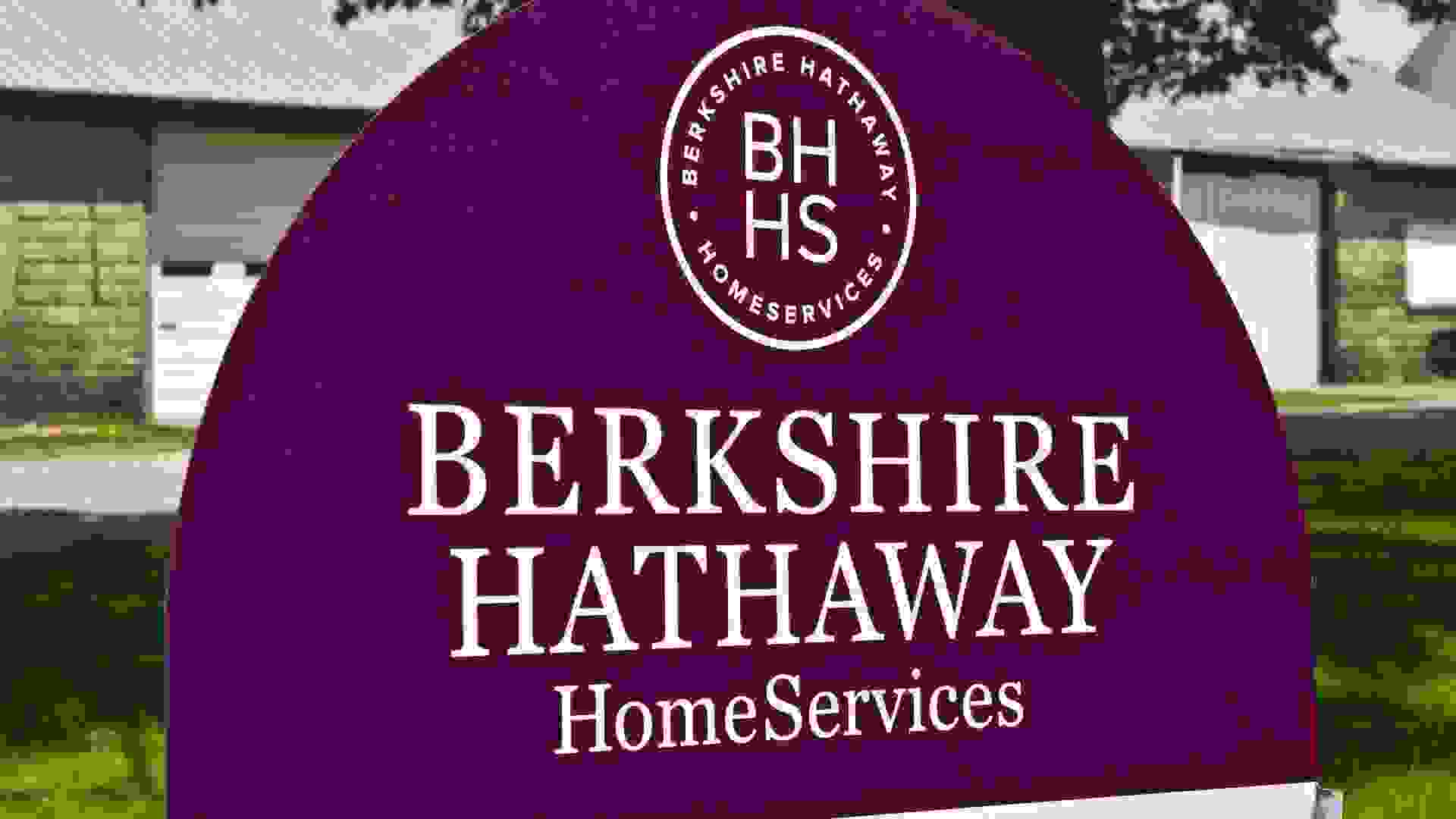 One of Buffett’s best investments of all time was in the company that he now runs, Berkshire Hathaway. In 1964, the company offered to buy Buffett’s shares for $11.50 each, to which he agreed. Later, the company reduced the amount of their offer, and this compelled Buffett to not only cancel his sale but to buy enough stock to control the company and fire the manager who lowered his original offer. Buffett had made the prediction again with his wallet that shares in Berkshire Hathaway would rise over time. 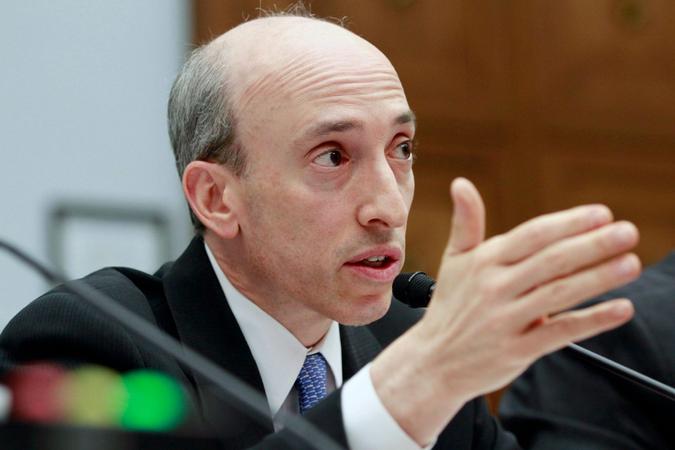 Robinhood told GOBankingRates they agree with the request.