Walmart is the nation’s largest private employer, and its varied selection of goods, from home furnishings and electronics to groceries, appeals to millions. The multinational retail chain achieved the coveted status of No. 1 retailer in the U.S. by 1990. Its stock market performance is going strong nearly 30 years later, with sales performing the best in over ten years as of August 2018.

Click to see Walmart and the other best dividend stocks of all time.

Market caps represent the aggregate value of a company’s stocks. You can determine how investors assess a company based on the dollar amount at which its stocks are trading. Walmart’s market cap range might reflect its currently strong consumer value as a nexus for consumer goods in the face of monolithic disruptors like Amazon.

Although market cap gives you a clear sense of what the market values a company at, it is subject to change from prospective and current investors’ activity, resulting in hour-by-hour differences.

The GOBankingRates Evaluation of company net worth, however, is a calculation based on concrete, measurable figures like assets and revenue. It’s a more conservative valuation, taking into account only full-year profits and revenue from the last three years and the company’s assets and debts.

Based on Walmart’s revenue and profits from the last three years, Walmart’s net worth is just over $386 billion.

Find Out: What $1,000 in Walmart and Other Stocks Invested 10 Years Ago Would Be Worth Today

In 1993, the corporation created the Wal-Mart International Division, with sights on the global market. In 2002, Walmart enjoyed its biggest sales day up to that point, with a revenue of $1.43 billion only a day after Thanksgiving. Recent years have seen the retail giant not struggling but showing signs of reacting to increased competition from Amazon.

Currently, the company is undergoing a significant image makeover, raising minimum wages and lowering prices, as well as buying other businesses in an effort to combat Amazon’s global presence. Time will tell if its efforts pay off, but for now, Walmart’s moves resulted in a fairly stagnant market year, excluding a jump in share value during the transition between 2017 and 2018.

America counts the Waltons as one of its richest families. The family’s patriarch, Sam Walton, opened the first Walmart in 1962, in Rogers, Ark. Despite humble beginnings, his entrepreneurial spirit has had a lasting impact on American consumerism.

The Walton family has a collective net worth of nearly $175 billion, according to CNBC. Four Waltons directly hold shares in the company, with Jim Walton holding the most — 10,507,224 shares — as of December 2017.

The company’s previous legal name was Wal-Mart Stores Inc. before it was updated to Walmart Inc. in February 2018. Shoppers nowadays might find it difficult to avoid Walmart, with more than 11,700 stores in operation in 28 countries.

Click to read more about Capital One Walmart Card Review: Is the Rewards Credit Card a Good Deal?. 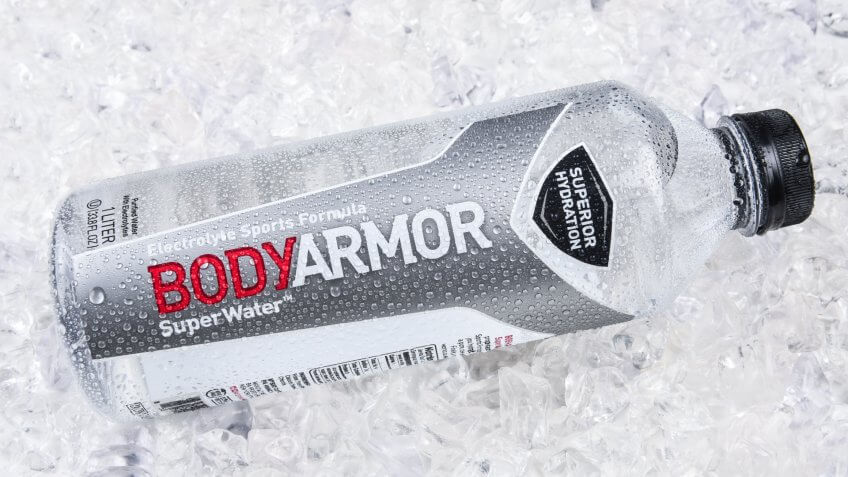 GOBankingRates > Making Money > Business > How Much Is Walmart Worth?