2020 in Review: How Much Money Did the Film Industry Lose? 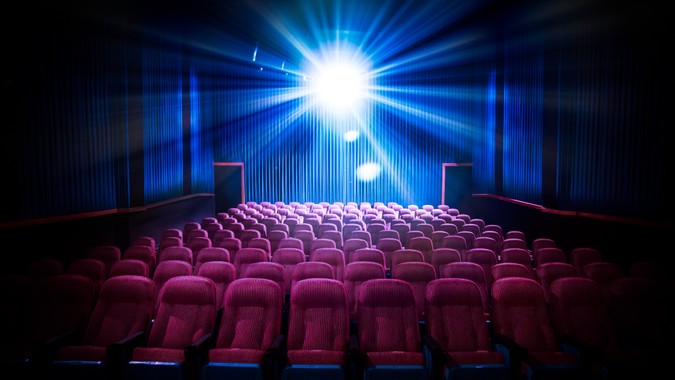 The coronavirus pandemic has taken a huge toll on the film industry. With movie theater chains closed around the country and the globe, major studios have delayed their film releases to 2021 or pushed them to streaming services instead. It’s also led to the delays of major productions as returns to set were disrupted by the coronavirus. All of this combined has led to billions of dollars worth of losses to a usually lucrative industry.

A new report by media and tech research firm Omdia estimates that the movie industry will lose $32 billion in 2020 due to the coronavirus pandemic, spurred by a 71.5% decrease in box office revenue compared to last year, Variety reported. The report also stated that box office revenue has dropped below $13 billion for the first time in more than two decades.

It’s still unclear when theaters around the U.S. will be open again, but many much-anticipated releases planned for 2020 have already been pushed to next year. The latest James Bond film, “No Time To Die,” was slated to be released in April 2020 but has now been pushed a full year to an anticipated release of April 21, 2021, CNET reported. “Black Widow” was set to open in May 2020, and has also been pushed back a full year.

Read More: The Impact of COVID-19 on the Movie Industry This Holiday Season

The release of “No Time To Die” was postponed just weeks before it was set to be in theaters, so the film was already in its late stages of promotion and marketing. According to Screen Rant, losses stemming from the delay could total $30 million to $50 million due to the expense of the marketing, all of which will need to be repeated prior to its new release date.

Paramount also lost big due to the delay in the release of “A Quiet Place Part II.” The film was originally slated to be released on March 20, so the studio had already spent 60% of its marketing budget before having to push its release date to 2021, Deadline reported.

Rather than delay releases to next year or indefinitely, some studios have decided to skip a theatrical release altogether and release films directly to premium video-on-demand.

In April, Universal became the first studio to break the typical theatrical window — the time between a movie’s release in theaters and its sale on home entertainment platforms — by releasing “Trolls World Tour” direct-to-premium video-on-demand, The Hollywood Reporter reported. Other studios soon followed suit — Warner Bros. released the animated kids’ comedy “Scoob!” straight to premium VOD and Lionsgate did the same for mystery thriller “The Quarry.”

In August, Disney ruffled some feathers when it announced it was releasing its live-action version of “Mulan” on Disney+ through its own version of premium video-on-demand, which is called “Premier Access.” This meant that on top of the $6.99 monthly subscription fee, Disney+ subscribers would need to pay an additional $29.99 to stream the film.

Despite these quick pivots to premium VOD, major studios were not able to recoup their losses caused by theater closures. The Omdia report found that premium VOD has accounted for only $630 million in revenues for studios in 2020.

Because the pay-off of releasing to VOD is generally smaller compared to a theatrical release, it’s understandable why some studios are opting to take a hit now to potentially make bigger profits in 2021. For example, “Black Widow” likely cost $150 million to $200 million to produce, and it is expected to bring in between $750 million to $1 billion (or more) at the global box office — and more on top of that when it is eventually available for VOD, CNBC reported.

“It’s vitally important for the majority of big-budget, high-profile films to await the return of movie theaters around the world and that’s why we are seeing so many films pushing their release dates down the road,” Paul Dergarabedian, senior media analyst at Comscore, told CNBC.

Find Out: Movies That Made the Most Money in 2020

Production Delays Can Also Be Costly

It’s not just films that were already completed that have been affected by the pandemic. Several major film productions have been canceled or postponed due to the coronavirus, including “Mission: Impossible 7,” which had to shut down its production in Italy earlier this year, The Hollywood Reporter reported. Because the filming was pushed, one of its major roles had to be recast due to scheduling conflicts. And now that filming has resumed, there are certainly extra costs involved with keeping the cast and crew safe.