Amazon Expands Prime Delivery to Other Retailers for a Fee — Is It Worth It for Businesses? 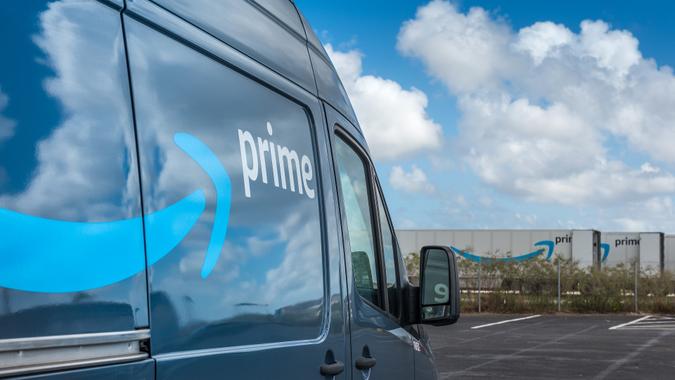 Amazon announced it is expanding its Prime delivery service to other retailers, dubbed “Buy with Prime,” for a fee.

Rising Gas Prices: The True Cost of Going Electric
See: 22 Side Gigs That Can Make You Richer Than a Full-Time Job

“Why should Prime shopping benefits be limited to Amazon.com? They shouldn’t. That’s why we created Buy with Prime–to bring these benefits to Prime members and merchants, wherever they choose to shop or sell,” Amazon said in a statement.

Amazon said that Buy with Prime will increase selection for Prime members and participating merchants will be able to display the Prime logo and expected delivery date on eligible products in their own online store.

Buy with Prime will initially be available by invitation only for merchants using Fulfillment by Amazon (FBA), the company added, but the service isn’t free for them.

Buy with Prime’s cost per unit will depend on multiple factors, including product dimensions and weight, average selling price and number of units per Buy with Prime order, Amazon said. The cost includes fulfillment, storage, payment processing and service fees that are calculated per unit.

“Merchants pay for what they use, and all fees, except for those incurred for storage, are charged only after merchants make a sale. Upon being invited to the program, our sales team will explain the pricing in detail,” according to Amazon.

As for customers who will use Buy with Prime at a participating online store, they will be prompted to sign into their Amazon account and complete the order using the payment method stored in the  Amazon account.

CNBC reports that while Buy with Prime is likely to remain small at launch, it could grow into a lucrative service for Amazon over time, according to Bob O’Donnell, founder and chief analyst at Technalysis Research.

“If you think about it, one of Amazon’s most successful businesses was started as an internal tool,” he told CNBC. “That being AWS [Amazon Web Services], of course. They’ve built this huge logistics business initially for their own purposes and now what they’re starting to do is leverage that as its own service,” O’Donnell added.