Delta Expects To Break Even in June After Quarterly Loss of Nearly $1.2 Billion 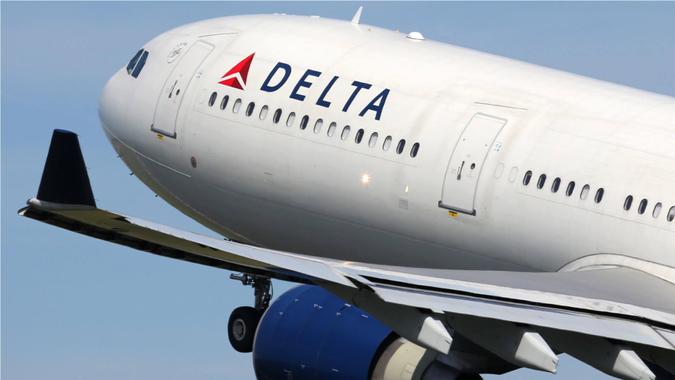 See: Airlines Almost Profitable Again as Bookings Soar
Find: All the Ways This Was the Travel Industry’s Worst Year Ever

Delta and other airlines have felt the effects of the COVID-19 pandemic, but are remaining hopeful that vaccination rollouts and lifted restrictions will encourage more people to travel. “A year after the onset of the pandemic, travelers are gaining confidence and beginning to reclaim their lives,” said Delta CEO Ed Bastian.

The airline said it will stop blocking middle seats on May 1, which could result in improved revenue for the second half of 2021. “Our experts tell us that with vaccination rates where they’re at and demand being as strong as it is it’s absolutely safe to sit in that middle seat,” Bastian said, as reported by CNBC.

See: ‘Vaxications’ Are Bringing the Travel Industry Back to Life – But At What Cost?
Find: The Best and Worst Airlines for Cheap Flights

Bookings in March doubled compared to January; however, corporate travel demand is just 20% of the average for this time of the year, Bastian told CNBC.

“We expect positive cash generation for the June quarter and see a path to return to profitability in the September quarter as the demand recovery progresses,” Bastian stated in the March quarter earnings release.

Delta anticipates receiving $2.7 billion in June from the U.S. Treasury under the third extension of the Payroll Support Program, which provides federal aid to maintain employment in the airline industry. The carrier ended the March quarter with $16.6 billion in liquidity, including $2.6 billion in undrawn revolver capacity.