Dining out Is in Again, and Many Are Going Local To Support Indy Restaurants 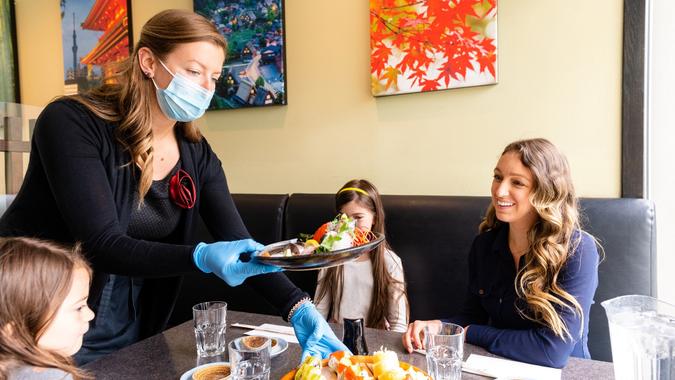 The U.S. restaurant industry has a 2019 vibe to it these days, with eateries across the country getting back to pre-COVID business. Independently owned restaurants have seen a particular boost as consumers flock to small businesses that were disproportionately hurt by the pandemic, according to a new survey.

NEXT Insurance surveyed 1,000 consumers, releasing the data on May 24, finding that nearly two-thirds (64%) of respondents have gone out of their way to support local restaurants over larger chain restaurants. Additionally, 29% of consumers anticipate reducing their usage of delivery apps with COVID restrictions easing.

It’s all encouraging news for an industry that saw about 80,000 restaurants either temporarily or permanently close over the past two years. Many respondents stated that they are intentionally choosing locally owned restaurants instead of chains because of the strong emotional ties to their communities, said Nancy Parrott, senior researcher at NEXT Insurance.

“Consumers are more likely to support small, local restaurants now than before the pandemic because they know how badly independent restaurants were affected by the pandemic vs. larger chain restaurants with more capital behind them,” Parrott said in an email to GOBankingRates.

This trend has been especially helpful to new restaurateurs. The survey found that 44% of consumers have already tried new local restaurants, and nearly half said they plan to visit one soon.

A growing number of consumers also favor locally owned restaurants over chains when it comes to the full-service dining experience. When dining in person, more people are currently visiting local restaurants (63%) than chain establishments (37%).

“Consumers view local restaurants as important community structures where an in-person visit may be an essential part of the experience,” Parrott said. “On the other hand, delivery from a chain restaurant could feel more transactional.”

Learn: 3 Hidden Costs of Dining Out and How To Navigate Them to Your Financial Advantage
Explore: Consumers Change Grocery Shopping & Dining Out Habits as Inflation Soars

“While restaurants across the country adopted touchless experiences during the pandemic to ease customer worries, 51% of respondents said their local restaurants adoption of new technologies did not increase their likelihood of dining there,” Parrott said. “Instead, consumers cited the overall ambiance (69%) as more impactful on the overall experience.”