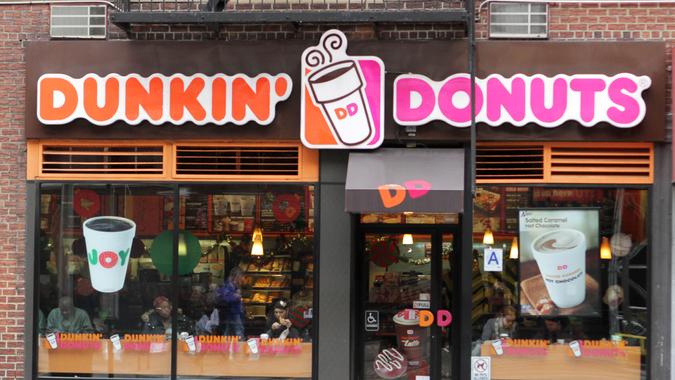 Dunkin’ Donuts has permanently closed 687 U.S. locations as the pandemic has incurred lockdowns and forced more people to cook for themselves. The coffee and doughnut giant’s parent brand, Dunkin’ Brands Group, is continuing talks with the private equity-backed firm Inspire to be acquired. Though Dunkin’ has had a rough year, its third-quarter earnings, released on Thursday, give reason for some optimism.

“In response to changing consumer patterns, we moved quickly to adapt our menu, introducing new beverages and snacking items designed to appeal to both morning and afternoon traffic, as well as younger consumers,” Dunkin’ chief executive Dave Hoffman said in a statement. Dunkin’ is deferring fourth-quarter cash dividend as talks with Inspire move forward.

Of the Dunkin’ Donuts locations that have shuttered, 447 have been kiosks inside of Speedway convenience stores. The remaining more than 200 locations were all underperforming. The company has its eyes on new units in better locations, ideally with drive-thrus — a detail becoming increasingly appreciated by fast-food restaurants, and one that has helped them thrive during a time when social distancing and self-isolating are the new norms.

Dunkin’ Donuts isn’t the only company shutting down locations — check out these other ones that are closing shop.