Elon Musk’s Twitter Buyout Backers: Who Are They & How Much Did They Invest? 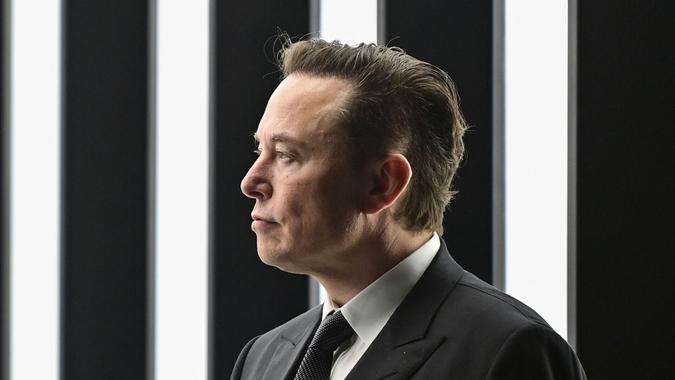 Elon Musk revealed in a Securities and Exchange Commission (SEC) filing on May 4 that he has secured $7.14 billion in funding for his $44 billion Twitter acquisition. The named group of investors includes some of Musk’s friends — as well as several companies that have ties to his different endeavors. The filing also revealed that Prince Al Waleed bin Talal plans to keep his stake of ~35 million shares in Twitter.

The Silicon Valley-based company was founded in 2009 by Marc Andreessen and Ben Horowitz. Andreessen Horowitz (known as “a16z”) is a venture capital firm that backs bold entrepreneurs building the future through technology. a16z also “invests in seed to venture to late-stage technology companies, across bio + healthcare, consumer, crypto, enterprise, fintech, games, and companies building toward American dynamism,” per the company website.

a16z has $28.2B in assets under management. “We invested, because we believe in Ev and Jack’s vision to connect the world and we believe in Elon’s brilliance to finally make it what it was meant to be,” Horowitz tweeted on May 5. “Elon is the one person we know and perhaps the only person in the world who has the courage, brilliance, and skills to fix all of these and build the public square that we all hoped for and deserve.”

Aliya is a Miami-based investment management company. It previously invested in SpaceX, as well as Airbnb, Robinhood, Grab, Brex, Chime, Stripe, Impossible Food and Paytm, among others.

“My guess 2-3x return or more next 4-5 years if successful,” Baron told CNBC. “Purchase price really cheap since business had been so poorly run. Actually incredibly cheap and would have remained that way if Musk had not offered to acquire. In my opinion.”

Crypto exchange platform Binance was launched in 2017. Its CEO, Changpeng Zhao, aka “CZ,” is a Chinese-Canadian business executive. Zhao is the founder and CEO of Binance and has an estimated net worth of $96 billion, according to Bloomberg.

“A small contribution to the cause,” CZ tweeted on May 5.

Joss Raffelli, managing partner for Brookfield, said in a LinkedIn post that Brookfield was “excited to extend our support of Elon Musk in this transaction and invest alongside our partners at Sequoia Capital, Andreessen Horowitz, and Fidelity Investments, among others.”

“Our longstanding history with Elon, most recently with Brookfield’s investment in The Boring Company, has given us a front row seat to Elon’s focus on operational excellence and building iconic businesses with a product-first approach. We are thrilled we can once again support Elon and his mission of transforming the future through innovative and world class technologies. Funding secured,” he added.

Randy Glein and Barry Schuler (co-founders and partners, DFJ Growth) have partnered with what they deem “the most transformative companies of the past decade, including Coinbase, SpaceX, Stripe, Tesla, Twitter, Unity, and others, often as the first growth investor.” This investment may represent another example of such a tech-centric focus.

The Boston-based financial services behemoth also has a 1% stake in Tesla, according to Bloomberg.

Razi Karim is co-founder and CEO of Key Wealth Advisors, launched in November 2021.

Fellow billionaire Larry Ellison, who made the largest contribution to Musk’s Twitter buyout, is chairman and CTO of Oracle Corporation. He founded the company in 1977 and served as CEO until Sept. 2014. His estimated net worth stands at $91.8 billion, according to Bloomberg.

LITANI Ventures is the family office of Peter Rahal. LITANI says it looks for “companies building disruptive business across sectors.”

Qatar Holding is a division of the sovereign wealth fund of the State of Qatar.

Sequoia is a California-based venture capital company, one which has partnered with Musk previously.

“Sequoia has a long history with Elon. Sequoia led X.com’s first financing round, with our partner Michael Moritz joining the board. X.com famously merged with Confinity, which became PayPal. At PayPal, Elon gave our partner Roelof his first job out of business school (and in the process inadvertently led him to Sequoia. That turned out okay. Thanks Elon!),” the company said on its website. In April 2022, it also partnered with The Boring Company.

Strauss was previously a managing director of Rosetta Partners LLC, a New York private investment / merchant bank founded by several senior members of Lehman Brothers’ management team. Prior to that, he was co-head of the Mergers and Acquisitions Group of the investment-banking arm of Barclays Bank.

Cartenna is a Connecticut-based hedge fund. It was set up by Peter Avellone, a former Millennium Management portfolio manager, according to Bloomberg.

VyCapital is a global technology investment firm with more than $2 billion in assets under management. It says it focuses on concentrated investments in category-defining technology companies “with the potential to meaningfully impact humanity.”

See: POLL: Do You Think the Fed Raising Rates Will Help or Hurt the Economy?
Find: Elon Musk’s Grand Plan for Twitter Revenue and Users Revealed

Witkoff bills itself as a “vertically integrated real estate firm that brings inventive thinking to a traditional industry. In so doing, we play whatever role will make each project most successful. More than a collection of buildings, we are a multifaceted business in it for the long run, with over 30 years of being a trusted partner to prove it.”