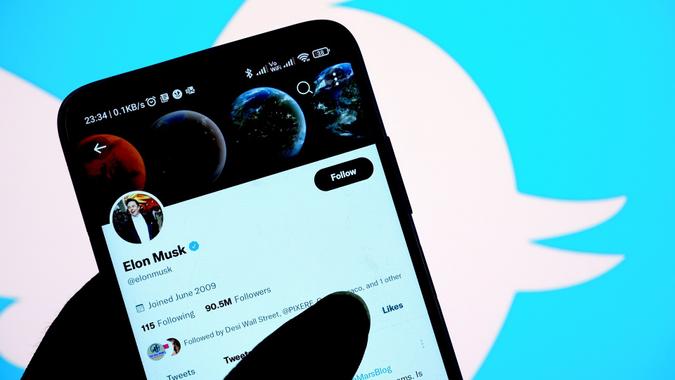 Much has been speculated about Elon Musk’s potential plans for Twitter. Following his $44 billion bid for the social media platform, after securing more than $7 billion in equity from some of his friends, and revealing that he will most certainly become temporary CEO, there are now some glimpses of his grand vision.

Learn: How To Borrow Money on Cash App
Read: 9 Bills You Should Never Put on Autopay

“In 2028, advertising would generate $12 billion in revenue and subscriptions nearly $10 billion, according to the document. Other revenue would come from businesses such as data licensing,” the New York Times reported.

He also intends to grow the number of users to 931 million in 2028, from 217 million at the end of last year, with most of the growth stemming from Twitter’s ad-supported business, including Twitter Blue.

The pitch deck also outlined a new product, called X. “The document did not detail what X Subscribers was, but Mr. Musk has hinted at introducing an ad-free experience on Twitter,” according to the New York Times.

In a series of tweets on May 6, Musk also outlined a part of his vision for the platform, saying that, “if Twitter acquisition completes, the company will be super focused on hardcore software engineering, design, infosec & server hardware.”

He subsequently added, “I strongly believe that all managers in a technical area must be technically excellent. Managers in software must write great software or it’s like being a cavalry captain who can’t ride a horse!”

See: 22 Side Gigs That Can Make You Richer Than a Full-Time Job
Find: 25 Extra Grocery Costs You’re Probably Forgetting About

Finally, he tweeted, “Also, work ethic expectations would be extreme, but much less than I demand of myself.”