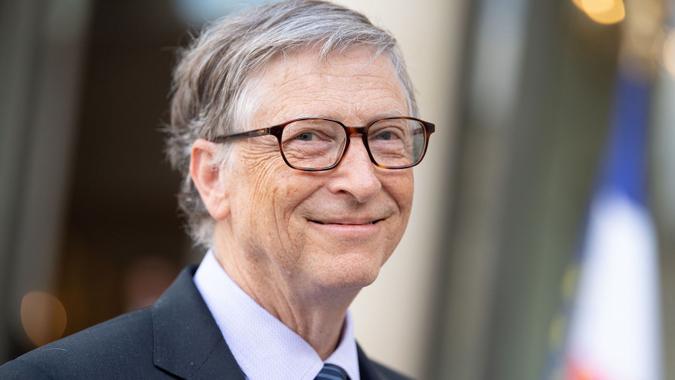 When you’re one of the richest people in the world — worth an estimated $126 billion, according to the latest Forbes count — people tend to pay attention to what you say, no matter the subject. For Bill Gates, the subject late last week was how people can lower their carbon footprints to combat climate change.

See: How Climate Change Will Affect Your Investment Opportunities
Find: What Experts Say 2021 Will Look Like for Your Wallet

Those are three ways he personally intends to cut back on carbon emissions, Gates said during a Friday Ask Me Anything session on Reddit.

Gates said during the session that people should consume less to improve the environment, CNBC reported. When asked what he is doing to consume less, Gates replied: “I am driving electric cars. I have solar panels at my house. I eat synthetic meat (some of the time!). I buy green aviation fuel. I pay for direct air capture by Climeworks. I help finance electric heat pumps in low cost housing to replace natural gas.”

See: 16 Splurges That Save You Money in the Long Run
Find: 5 Questions to Ask Before Buying an Electric Vehicle

And, he added, “I plan to fly a lot less now that the pandemic has shown we can get by with less trips.”

Climate change is a frequent topic of conversation for Gates these days. In his new book, “How To Avoid A Climate Disaster: The Solutions We Have And The Breakthroughs We Need,” he outlines a plan to engage everyone in the global effort to reverse climate change.

See: Who Benefited Most From the Airline Bailout Packages?
Find: Wells Fargo Aims for Net Zero Carbon Emissions by 2050

A good first step is to educate people on the issue, Gates said during a chat with NPR last week. “I don’t think the understanding of climate change is nearly as deep as it needs to be,” Gates said. He warned that a lack of preparedness can result in the kind of global calamity that occurred during the COVID-19 pandemic.

“The pandemic shows that you can’t wait until the disaster hits to be ready,” he said.